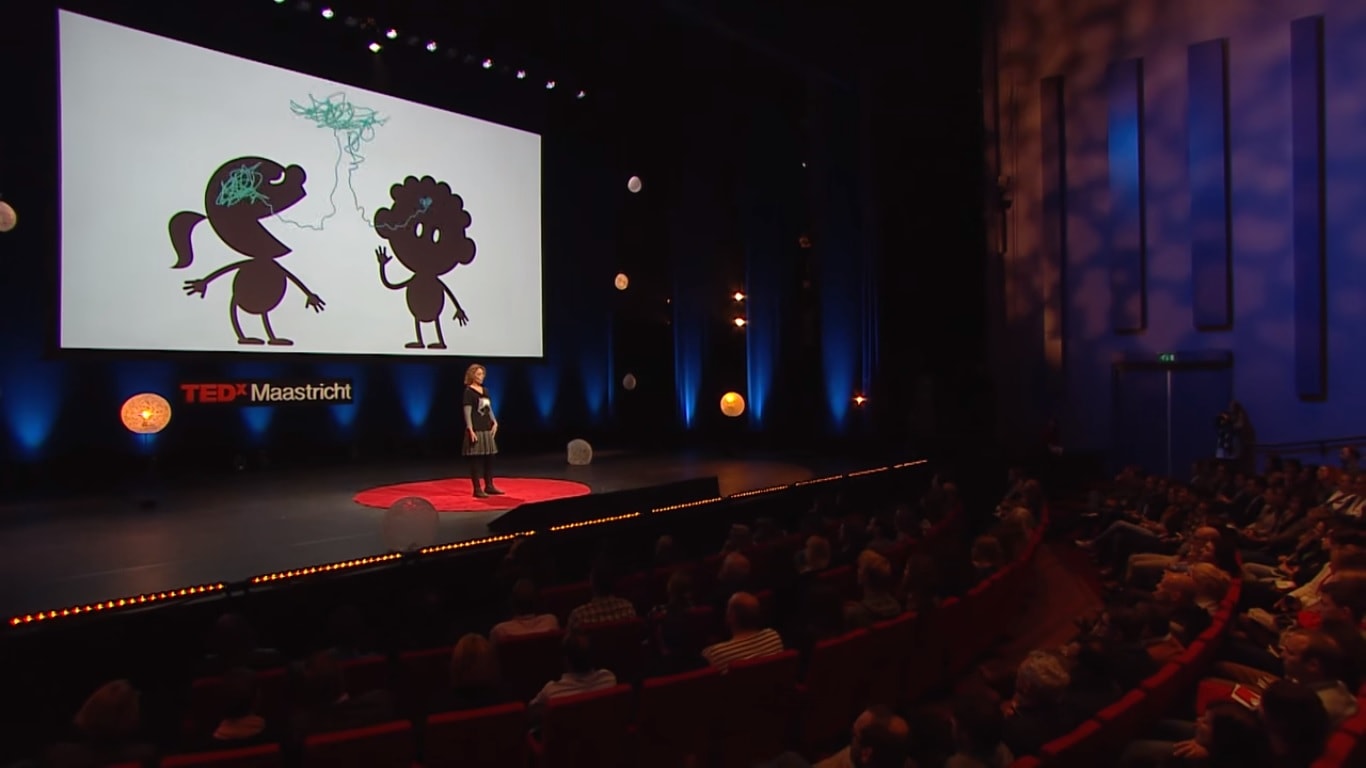 Copyright was originally born as a way to give creators a financial incentive to make more works, but over the centuries it has metastasized and grown into a very different beast.

Cartoonist and filmmaker Nina Paley gave a talk at TEDx Maastricht earlier this month where she described her experiences with securing licenses for the music she used in the 2008 film Sita Sings the Blues. She found that kafka-esque system she had to navigate to secure the licenses was far less successful at rewarding creators than it was at censorship – preventing ideas from being shared.

This lead Paley to liken the impact of copyright on society and the free flow of ideas to brain damage. (If people are neurons, then ideas flowing from one person to the next are neural impulses, and when copyright stops that flow it is causing damage.)

Paley isn’t the only one to have problems traversing the copyright licensing system.

Earlier today author David Hewson published a post on Medium where he details a similar experience when trying to license song lyrics so he could use them in his first novel.

His account proves Paley’s point about copyright’s main function is to stop the free flow of ideas.

Some copyright holders didn’t want to know at any price. Others just wanted a small fortune. A few settled for a few hundred quid and they were the ones I used. But it was a terribly slow process, and I was lucky that charming lady in Oxford didn’t charge half as much for her time as rock stars and their representatives wanted for six words, perhaps written in a drug-fuelled haze, twenty years before.

Hewson had a similar experience with another novel a few years later:

A few years later I wrote a standalone called The Promised Land which just begged for two little quotes, one from Fleetwood Mac, the other from a Bruce Hornsby song.

Fleetwood Mac eventually came back and said that while three of the band were cool with the idea one of them wasn’t and would never allow her words to be quoted in any book or movie under any circumstances ever. Her choice. I should point out however that is totally inaccurate to claim that thunder only happens when it’s raining. Quite often it’s not raining at all.

And he’s not the only one.

Techdirt has long been documenting the same problems in our modern copyright system that Hewson and Paley described above. They attribute the root of the problem to permission culture.

According to Wikipedia, permission culture is a "term often employed by Lawrence Lessig and other copyright activists to describe a society in which copyright restrictions are pervasive and enforced to the extent that any and all uses of copyrighted works need to be explicitly leased".

I have to disagree with that definition; I see permission culture less as pervasive copyright enforcement than as the _assumption_ that all uses of a work have to be licensed when in reality the fair use clause of US copyright law would cover nearly all situations.

But no matter how you describe it, it is a problem and Paley is right when she describes copyright as brain damage. As each new creation wiped from existence, or dies still born in the mind of an artist, society as a whole is diminished.

Our collective IQ drops with each lost work, leaving us all a little dumber with each blow.

P.S. In the second half of her talk, Paley describes how she’s training herself to break the permissive culture conditioning that we have all absorbed as part of modern culture. She also talks about her current project, Seder-Masochism, an animated video intended to serve a dual-purpose both as a movie and as a commentary on permission culture.

Qualcomm Mirasol still not in production?

Scribd, Piracy, and Why You Can’t Always Believe What You Read Online

The problem with the fair use assumption is that fair use generally requires that you be willing to deal with the expense of defending yourself in a lawsuit to exercise it. And in a world where recording artists complain vociferously when politicians legitimately license their songs for use at rallies, it seems unlikely they would let any unauthorized use pass as "fair" without a fight.

Speaking of which, Paley also has a problem with CC licenses (and probably fair use, although i didn’t hear it mentioned) because she sees them as feeding back into the problem of permissive culture.

She’d rather break the system than change it.

[…] Nina put it, copyright can be viewed as a type of brain damage as applied to our shared […]