Did Amazon Earn $565 million on the Kindle Last Year?

That’s what one Morgan Stanley analyst believes, though I have my doubts. A couple days ago Business Insider posted this one graph. It’s based on data from a recent report by Scott Devitt at Morgan Stanley, and it covers his best estimate for the revenue and profit that the Kindle ecosystem (Kindle, Kindle Fire, movies, music, ebooks, adverts) generates for Amazon. 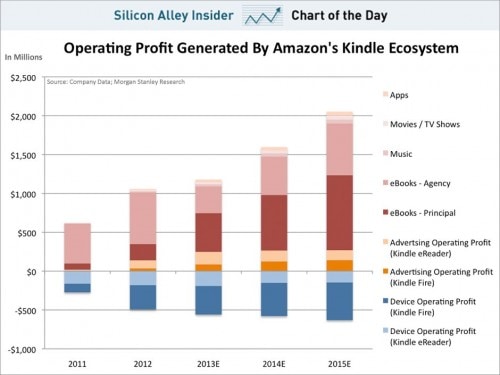 Is it accurate? I have no clue. But it does make for an interesting contrast to the B&N news of the past few weeks. It’s also a useful rebuttal to anyone who says that Amazon is selling ebooks below cost so they can drive the competition out of the market.

To be honest, my view of this chart is closer to the comment left on the Business Insider website by one reader:

"He believes…"? Really? What has this become? a religious exercise?

My initial response was a derogatory reference to government accounting, but I have learned to temper my opinion (sometimes). But even though I don’t think this chart is accurate, it is probably still somewhere in the close  geographic region as the real figures. And unless someone leaks those to me (please oh please oh please) I won’t know how inaccurate the above chart really is.

The Chinese eBook Market is Finally Taking Off 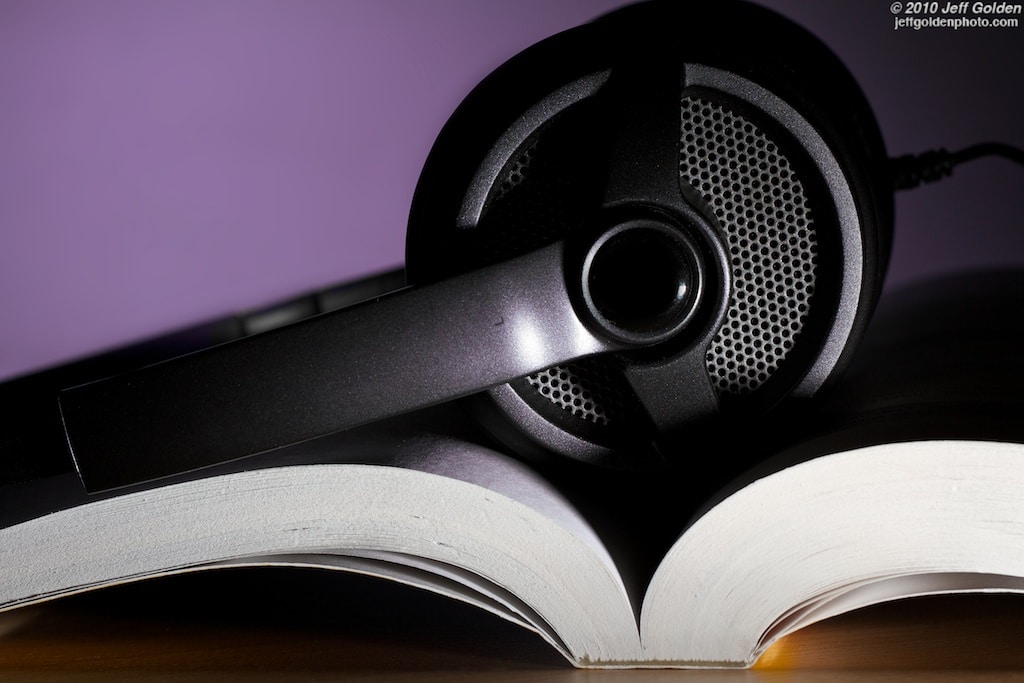 "It’s also a useful rebuttal to anyone who says that Amazon is selling ebooks below cost so they can drive the competition out of the market."

No one has ever said they lost money on all their ebooks. They just loss-led on bestsellers (the mythical "$9.99" price-point) to get people locked in to their proprietary formatted system. The other retailers either had to match the price (losing money on some books, which companies like BN can’t afford) or risk losing customers because "Amazon is cheaper".

Loss-leading is a time honored tradition of such great American companies like Wal Mart and Amazon, it isn’t a stretch.

If no one said that Amazon is working to drive the competition out of the market then what is this?
http://www.authorsguild.org/advocacy/guilds-tunney-act-filing-to-the-doj/

And that’s just one. I could easily find a dozen more, including this:
http://articles.latimes.com/2012/apr/16/opinion/la-oe-shermer-apple-collusion-lawsuit-20120416

Oh, and I didn’t write that Amazon was selling _all_ the ebooks below cost. Please don’t deliberately misread my post.

It was just last week that the "Amazon sells ebooks at a loss" urban legend popped up right here and I had to quote the DOJ to pop the myth.
It won’t be long before it pops up again.

No, you just construed what you admit is nothing more than some guy’s guess as "evidence" that Amazon isn’t losing money on ebooks.

Which no one ever said.

Silly me, assuming that the folks running Amazon are actually doing their jobs and generating a profit. That’s crazy talk.

I take those numbers as an order of magnitude estimate. Are they 100% accurate? No.
Are they completely off? Doubtful.
To me it means Amazon is clearly making more than $100 million but definitely less than a billion. Is it $200M, $400M, or $700M? Nobody this side of Amazon knows for sure.
And since I’m not a stockholder I don’t care.

I do find this little back-of-envelope WAG amusing:
If we define Nook’s FY2012 losses as one "nookie" worth of money ($230M) as equivalent to the cost of running a bigtime walled garden ebook business that captures a market equivalent to 20% of the US ebook market, and assume Amazon’s 60% US ebook share generates three nookies worth of revenue, then their net would be about $230M and the rest would be their international revenue. It means that Nook needs to double their ebook sales to reach breakeven and triple it to reach rough parity with Amazon.

I’ll not editorialize on the likelihood of them growing their way to profitability. 🙂

BTW, nice to see how "devastating" the agency conspiracy was to Amazon’s bottom line.

Hey! Somebody out there is taking Morgan Stanley’s numbers seriously:

"The e-book market is a lot bigger than previously thought, and owners of Kindle e-readers and tablets are reading more e-books, Morgan Stanley’s Scott Devitt, a leading Internet and e-commerce analyst, told investors in the research note.

Devitt estimated worldwide e-book unit sales of 859 million in 2012, up considerably from a previous estimate of 567 million. With almost 45 percent of the e-book market, Amazon likely sold 383 million e-books last year, compared with an earlier estimate of 252 million, the analyst added."

Or, they’re taking *this* one seriously.
http://news.yahoo.com/nook-death-spiral-kindle-triumph-164031668.html

"The international momentum Amazon has gained over the past six months is only going to tighten the screws on Barnes & Noble in 2013. It is hard to see how the Nook’s revenue decline is going to be reversed in 2013. And it’s very hard to see why any new consumer who researches his or her purchase for even five minutes would now take the betamax risk of buying a Nook."

Of course it is a death spiral.

But Nook revenue shrank – even though the book market is clearly growing. That is a death spiral.

The Nook HD is nicer than the Kindle Fire HD – but it is also a far less capable device. Consumers figured that out and didn’t buy it.

If that was true no one would buy a KF either and buy a much more capable Nexus 7.

I have a KFHD. I keep planning to replace it with a better Android tablet but never do. The Amazon prime integration is enough to keep me interested.