It’s late on a Sunday afternoon and I’ve been looking at all the news coverage about Paypal’s decision to censor Smashwords. I was all set  today to post another diatribe on the topic, but then I looked at what we’ve accomplished so far.

Not too damn much, so far as I can tell.

Nine days ago Mark Coker of Smashwords sent out an email warning Smashwords' authors and publisher partners that they (immediately) had to sort through their uploaded ebooks and remove the ones that fell into certain categories of erotica.

You see, Paypal had issued an ultimatum. They no longer wanted their computers to be sullied by transferring the funds to pay for the erotica, so they threatened to cut off Smashwords if the content wasn’t removed. Naturally this caused a lot of debate, shouting, and even a little name calling in past the nine days. But it doesn’t seem to have done much else.

So, what has changed? So far as I can tell, nothing.Well, Paypal did indicate that they might loosen the ban, but the emphasis is on the word might. Also, they haven’t done it yet.

Has anyone closed their Paypal account in protest? Has Paypal changed its policy? Has anyone even changed their minds on the issue?

I’ll be honest: my account at Paypal is still open. I’ve been wanting to get away from them for some years now, but I cannot. There have been too many different times where Paypal was the most convenient way to exchange funds. In fact, I’d say an account with Paypal has grown to be as important as having a bank account and a credit card (my CC is tied to my bank account, but still).  While you can live without these things, but it’s going to be a sheltered life. And that is the real issue at stake.

It’s like the only gas station in town won’t sell you gas because of the books you sell. Or it’s like the only paper supplier won’t deal with you because of what you’re going to print on it. No one should have that much power, but we let it happen time and again.

Yes, you can go out of town and use other services, but the monopolists know that few will bother trying to thwart their will, so they act with impunity.

Do you know what? I’m closing my Paypal account in protest. Someone has to. 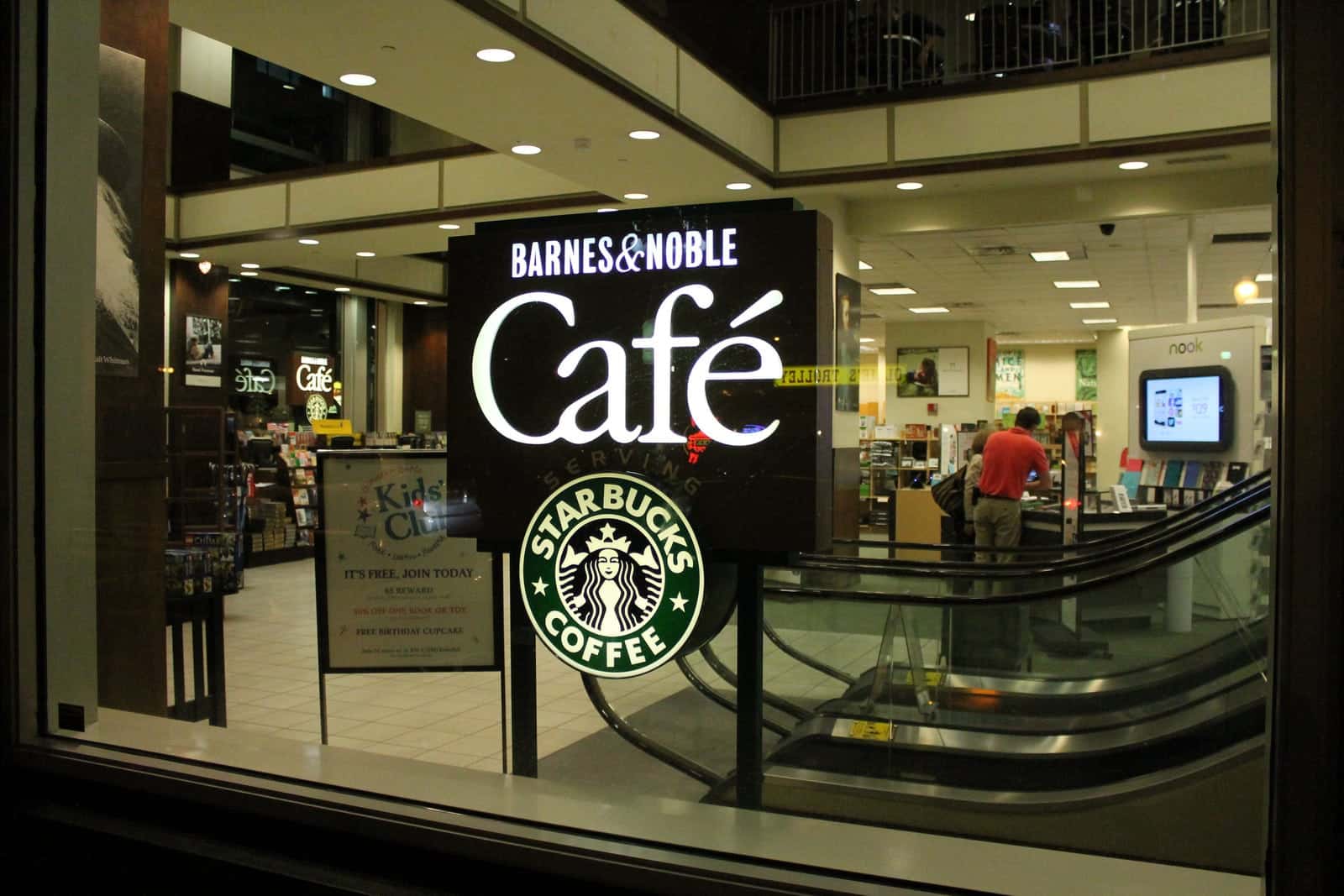 Much Ado About Nothing: The Basic Kindle is Back at Amazon

Personally, I was shocked that over 300 people commented on my HuffPo story on the issue, and thousands more read and tweeted about it (just that single article). There were other stories too (EFF, TechCrunch, etc.), and a lot of voices joined in the discussion (some were angry, others alarmed, some defensive of corporate "rights"). It was nice to see that the outrage over this issue wasn’t confined to the erotica/romance industry, though, and that readers of all stripes saw the slippery slope that PayPal’s actions represented. Will it be financially detrimental to PayPal? I don’t know. Was the Occupy Wall Street movement detrimental to Wall Street, the government, or corporations?

To answer your question, not that I could tell. It shook people up, though.

I think there has been momentum, although we are far from finished.

It is way too early to call this one a loss. And perhaps the rudeness of "pop" writers luke Kris Rusch pissed off more people who then started writing letters.

I screamed from the mountaintops from the first blip and have been writing letters every day.

Despite whether someone approves if the content if a book, according to the 1964 Supreme Court case involving Henry Miller’s works, the "Miller Test" proves that fiction is legal…even if the content and "taste" doesn’t meet up to PatPal’s standards.

I believe that it is precisely because large corporations are so integrated into our lives that large scale boycotts and protests are not sustainable. They no longer reach that critical mass. These companies have cleverly woven themselves into the fabric of our society.
Amazon can trigger my outrage one day and have the best deal on a pair of shoes I need the next. I just used my Pay Pal account this morning and totally forgot about the Smashwords issue until I revisited your blog. Yes, I have the attention span of a gnat, but i don’t think I’m alone. Living for our principles has been out of fashion for some time, and now corporations have made it downright inconvenient.
If it was only through ignorance, I could forgive myself. But alas………

My wife plans to close her Paypal account tonight when she gets off work. I’d close mine but thought I’d wait until they started banning books I like.

(Just kidding. But unfortunately that’ll be the attitude many people will have.)

The one saving grace in all this is that it’s Paypal enforcing a ban & not the federal government. Which means that even though it looks right now as if Paypal is an unstoppable monolithic monopoly, people could take the initiative to find ways around them

It’d be easier if Paypal came to their senses & realized how idiotic they’re being, but as I understand it they’re doing this primarily for monetary reasons, not necessarily moral ones. I mean, there’s principles and all & then there’s money. Guess which one talks loudest.

Financial services like this which are effectively monopolies need to be regulated like banks, and behave more like common carriers. They should not be allowed to tell people what they can/can’t buy, or what the sellers can or can’t sell. Until they are held accountable, people are at their mercy in situations like this. I’ve been considering closing my Paypal account as well (and telling them why) just as soon as I figure out an alternative. People should also be trying to escalate this by talking to their congressional representatives. Oops! Sorry: I was assuming those representatives care about issues like this. I wrote to the ACLU and my congress people, but I expect no positive outcome to this story until it starts to really hurt both mainstream consumers and some big companies.

I, and almost everyone I know, have closed their paypal accounts in protest. Of course, we’re all ex-Border’s alumni, so books and freedom are important to us.

I also forwarded the story to [email protected] (The Rachel Maddow Show). I don’t know if she’s going to pick it up, but if this does get traction, I’m sure it will show up on her show.

What needs to happen is the redditers and 4Chan needs to get behind this and start clobbering on Paypal for it’s threats.

Just as Google’s privacy policy exasperates us, paypal’s censorship sets our backs up. But there is not much we can do about them, because they are integral part of our lives. If there were alternative providers of services that Google or paypal offer…

I’d close my account…. but I did that years ago.

I used to like buying used books on EBay. But I survived the detox. PayPal is just too awful.

"…and when they came for me, there was nobody left to say anything."

When I bought more stuff on E-bay, I was more worried about Paypal. Honestly most companies I do much business any more I’ve gone ahead a furnished my credit card, or bank account information to anyway. Alternately, there ARE other providers developing alternatives, even some credit cards with there own "secure log-in" e-mail and password process that doesn’t expose credit card numbers. Many credit cards, if you read the fine print, often insure for the sorts of loss that might come from credit card fraud, provided you don’t do something ENTIRELY stupid, they WANT you to use their card.

I like to think that it is not ALL hot-air, but sadly, even if boycotts work, but they don’t work well, that is, it’s hard to point at a particular "boycott that broke the company." Once people interested in erotica (and otherwise) find an alternative, and there is way to much money in erotica (and otherwise) not to, business will build elsewhere. On the other hand, Paypal is a business and, while they could learn a thing or two about clarity, the fact is, if their market research tells them that the most money is to be made dealing with companies that sell only yellow books and Charles Schulz cartoons, then dammit, that is what they are going to do.

Mark Coker said: "PayPal is trying to implement the requirements of credit card companies, banks and credit unions. This is where it’s all originating. These same requirements will eventually rain down upon every other payment processor."

This reminds me of when the banks decided we (US citizens) couldn’t gamble online.

@ Laura You remind me why I never truly believed in Paypal; is how they try to censor the thing that made them, the internet I not say that no censorship is bad, but Mark, tries his hardest to block what he can or make it look like a good deal when in reality it’s not; there having that debate with Perkstreet vs Paypal and everyone keeps saying how good Paypal is; unless your someone that been around technology that know some of the backstory of the things that Paypal has done in the past it hard to justify why there not really good in certain ways

Well, one thing it did accomplish is the formation of a coalition of readers, writers, publishers and editors who have pledged to speak with one voice on this matter. Won’t you join us?

It just doesn’t affect me much. I don’t use Paypal a lot, mostly for Etsy purchases, plus a donation for someone affected by the tornadoes.

The "censorship" also doesn’t affect me since I already self-censor books in those categories and because all companies also have a 1st Amendment right to choose what to sell or not sell. It’s only censorship when the government bans something.

When I read through Smashword’s letter, it seemed to me that they already had those categories blocked, they just needed to tweek the language a bit for clarification. It definitely seemed like they were in agreement with Paypal and that the categories that were banned were because they could be considered illegal, similar to when a man had his book pulled from Amazon because it was an instruction manual for pedophiles.

Yes, Common Sense, Amazon pulled a book. But they didn’t pull every fiction book that portrayed scenes of pedophilia; Lolita, The Bible, The 120 Days of Sodom, etc. The first is fair practice, the second: censorship.

Meanwhile, EBay continues to send out emails publishing the availability of the very same books that it prevents from being LEGALLY sold as EBay auctions benefiting copyright infringers and EBay and PayPal. The hypocrisy is staggering. The disregard for the rule of law and for morality is appalling.
http://www.ebay.com/itm/Amazon-Kindle-reader-ebook-Romance-Novels-Love-collection-on-CD-1100-Titles/300671331119?ssPageName=WDVW&rd=1&ih=020&category=377&cmd=ViewItem

And profiting from the sale of titles which we all know include the very material they will not allow to be sold legally, new, but will sell if pirated.

[…] you for your patience and support during this crazy last few weeks.So it looks like my post of last Sunday was a tad premature; it took longer than I expected to accomplish our goal. But I wouldn’t […]