Here’s a story I never wanted to write.

The AAP has just released a new sales report today. The report covers the first half of this year and is based on data provided by 1196 US publishers, and it shows that the overall US book market was down 6%, largely due to kid’s books and adult paperbacks, while the ebook market dropped by 3.6%.

The drop in sales in the kids segment is probably due to the lack of a blockbuster title on the same scale as last year’s The Hunger Games; the release of the movie caused a spike in book and ebook sales that distorted the market. That spike had affected previous reports and is still distorting the market.

Seriously, the YA ebook segment dropped by almost half ($83.7 million vs $153.7 million) and dragged down the total report.

But in spite of the bad news there is a silver lining. The spike in sales last year was caused by kids seeing the movie and then reading the ebook. That represents millions of kids reading, and I can live with that.

On a related note, ebooks continue to account for a larger percentage of the adult segment than paperback books ($635.1 million vs $647.7 million). That trend has been around since at least the first quarter of this year, and possibly even earlier.

P.S. Here is the source data I worked from. Enjoy. 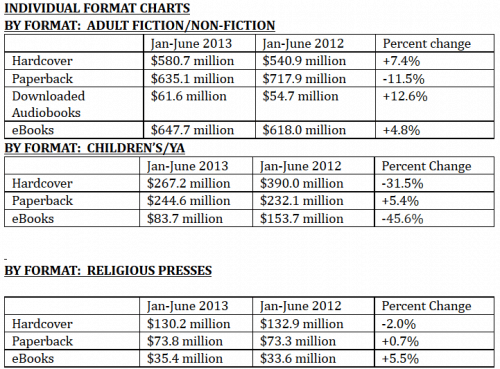 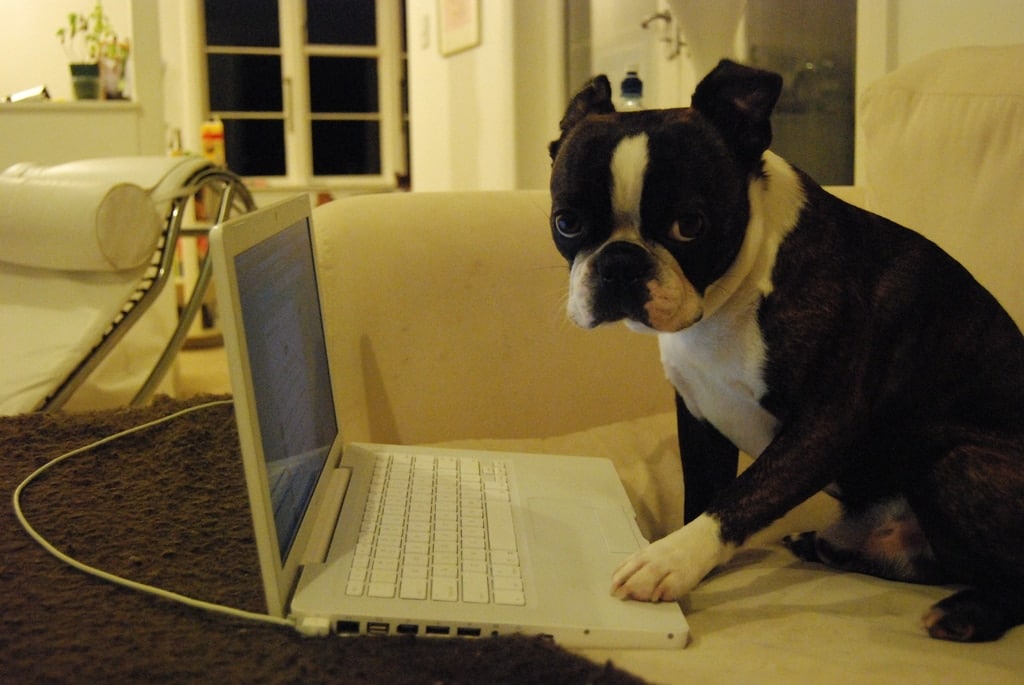 Twitter is Switching to a 10,000-Character Limit, And That is (Potentially) Great News 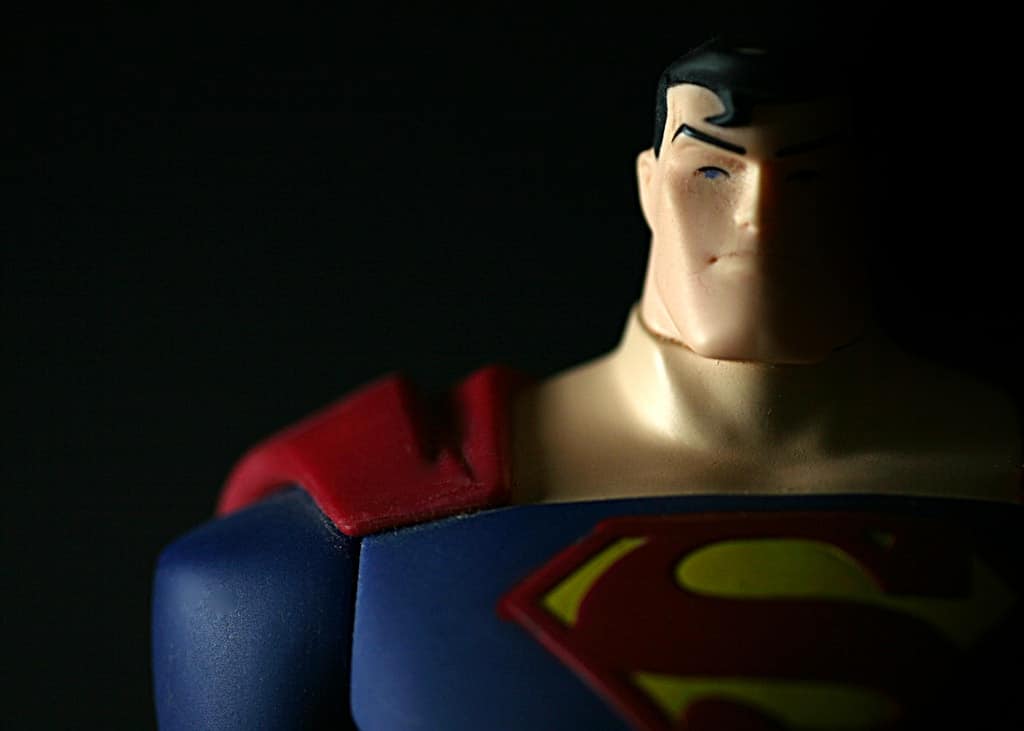 Yes, traditionally published ebook sales dropped.
But what about Indies?
And what about unit sales? Average trad-pub ebook price has dropped so there could easily be unit sales growth masked by lower unit prices.

Still, maybe these numbers will encourage the pending mergers so we can move on to the BPH endgame.

BTW, are the YA numbers for 2011 available.
It turns out YA is heavily targetted by indies.

I suggest that the problems with epub3 readers and the dominance of proprietary readers is contributing to the stalled growth. In some ways the stagnation reminds of where bluetooth was about 10 years ago – with various revs and profiles that no one supported – heck Apple crippled bluetooth on the iPhone. Also, I remember with ftp, there were issues about the cost of laser printers with large paper output, higher device resolution and color that complicated the growth of the market until the mid-90s.
I still think Apple wants to shake things up as their initial strategies have failed to generate exponential growth.

Impact of unit sales on revenue is certainly worth exploring. A piece of that story could easily be the settling of Apple-Big 5/6 collusion case which unleashed fair market (vs fixed market) pricing for the recent period.

Exactly.
Plus, what we are seeing is *exactly* what you expect to see as indie publishing gathers mainstream acceptance; the genres most popular with indie writers will sustain the biggest drops in sales, prompting unit price drops.
And since a lot of what trad-pubs lump into YA is really paranormal romance…

Me, I’m not surprised at all. It wasn’t that long ago that one of the BPHs warned that ebook growth would soon stop offsetting pbook decline.
We are simply entering the next phase as even casual readers start going with indie titles.

I’ve been wondering if ebook sales in the early years were inflated by what I call the "backlog effect". I don’t have any data to back this up save for my own experience, so there it goes.

When a person gets a new Kindle/tablet/ereading device, he tends to buy many books for it the first year. You typically don’t match every book you already had in print because that would be very expensive, but I did re-buy many of them. Although this usually happens not just after getting an ereading device, but later, when you’re used to it.

Looking at my Kindle info, there was a year I bought about 30 books, and most of those

Eventually, you clear your backlog; there may still be old books you haven’t bought in electronic version, but you don’t really care about them. From then on, your pace of book buying goes down to "normal".

With the explosion in ereader and tablet ownership, specially among heavy readers, the initial boost must have been tremendous. But now ereaders are stuck at around 20% of penetration, while tablets are at 30% and growing slowly (both numbers refer to the US, they are much lower in almost any other country). What is more, by now most heavy readers already have an ereader and/or a tablet. And they’ve had it for over a year. So they have already rebought all the stuff they were willing to pay for.

Like I said, there is no way to "prove" it with the data I have. OTOH, this decline in ebook sales is not exactly a blip – while the market will probably return to growth after the Hunger Games effect dissipates, it must be said that y-o-y growth had already slowed to about 15-20% in previous quarters.

Also, to put the 3.6% decline and indies in perspective, let’s imagine this time last year indies made up 5% of revenue. (It’s hard when you sell for $0.99). In order to offset this decline and show growth of let’s say 1.4%, they would have needed to DOUBLE their share, or nearly double their revenue, so as to be 10% now. Perhaps the overall market declined a bit, perhaps it grew a bit – in any case it didn’t grow much.

Correction: "most of those" were old books I had already read in print.

The average price for indies isn’t $0.99 but rather $2.99.
And the current average for "best sellers" from the BPHs is under $7.00.
B&N recently bragged their indie sales made up 25% of their sales which is a lot more than anybody expected of Amazon before that report.
I wouldn’t write off indie’s impact so quickly.

I just did some adding-up and got some interesting numbers. May have made a mistake, but whatever.

The numbers for May-June are a back-of-the-envelope calculation. I don’t know what could have caused that 15% decline.

I had to learn this the hard way, but you can’t actually compare the different data sets like that.

The thing you need to know about AAP data is that publishers correct the data they send to the AAP. They might change January sales data as late as June. I kid you not.

The data we got today probably includes a different set of sales stats for January through April than what the AAP sent out a couple months ago. That is why I regard the different reports as being completely unrelated.

On top of that the AAP change the methodology regularly enough to make year-on-year comparisons no better than a wild guess.

Speaking of wild guesses, I made an attempt to estimate how much of the pie indies had grabbed, and it shook out to about 30% of the overall (trade, non-library) ebook market. That was in unit terms though, I have no clue about revenue.

Even still, I think it’s safe to say there’s a significant amount of revenue not being measured by the AAP. I also think it’s safe to suggest that, given that indies have gone from zero to my estimated 30% (in unit terms) in the space of a few years, it wouldn’t be the wildest theory in the world that the bit of the market they aren’t measuring might be growing somewhat faster than the bit of the market that they are measuring.

I apologize for not breaking that last sentence into four separate ones, but… Friday.

A big part of the dynamic that eBooks and eCommerce has brought to the book business is a continued differentiation of consumer behavior due to book genre. When we’re looking at general trends, we need to accept that the variables within genre is increasingly profound.

I have a difficult time believing this is a complete and accurate data set. Does it account for KDP sales via self-pubs, or other outlets with self-pubs? Does it include indie sales? If not, it only reflects the publishers who reported the numbers. And if it’s just traditional pubs, maybe the decline is a backlash to their usually outrageous prices in comparison to indies and self-pubs. And are these per unit, or overall dollar amount?

This only reflects the data submitted to the AAP by 1196 publishers. Almost none of the ebooks sold via KDP are reflected in today’s report.

The only way KDP and other self published could be included is if Amazon and all other retailers shared their sales data. And they refuse to do so. Most self published authors don’t wish to release their royalty statements either. Any low figures may be seen as poor quality.

Besides, most of the 1196 reporting publishers are small independents.

Indie authors share their numbers all the time. Why aren’t they included? Were they even asked or is this yet another slap in the face of the self-publishing revolution? It strikes me that if you don’t have ALL of the information you need to come up with your stats, then your stats are faulty.

This is bad news for traditionally published ebooks, but means nothing to indie authors/publishers. I’m sure if they had been included, the numbers would be quite different. My stats have certainly improved since I went indie.

IIRC, indies are 25% of ebook revenue at B&N – not of overall book revenue.

If that’s the case, then indies are probably less than 10% of the overall pie. Of course this is significant, and could move the needle from 25% to about 33% (ebook share of total market).

But you immediately see why, if publishers declined by 3.6%, it’s very difficult for indies to make it up. Perhaps the ebook market grew minimally, but there is no way it could have grown, say, 5%. For that to happen, indies would have needed to increase their share from 5% to 14% in just one year.

And adult books certainly haven’t been affected by the Hunger Games, but still show a massive slowdown – less than 5% growth.

I tend to disbelieve this data, based on what I am seeing in real life. More friends and family have bought e-readers or tablets over the last several months. For data to be valid, it must include sales figures for every publisher and every indie.

Does this worry me? No. My sales are increasing.

Minor nitpick: I think what you should disbelieve here is the relevance of the data, not the data itself.

I agree that it is not worth worrying about if only because the AAP report leaves out a lot of the market. But disbelieving the data might cause you to ignore possible trends which may or may not show up in AAP reports.

[…] Hoffelder at The Digital Reader reports that “eBook Sales Down Almost 4% in the First Half of 2013, AAP Reports“, and he includes the source data […]

Give The People Bread and Circuses Instead of Education and Intellectual Challenge – 250 Years of Politics October 14, 2017 um 11:06 pm

[…] have been anemic in recent years,” the New York Times reports, “declining 6 percent in the first half of 2013 alone…Librarians, described by the novelist Richard Powers as ‘gas attendant[s] of the […]