Microsoft was riding high this week after the unveiling of the Surface tablets, what with the impressive looking hardware and accessories, but MS being MS the dream eventually had to die.

And now it has. The Next Web is reporting that leaked docs show that the least expensive model, which runs Windows RT, is going to be priced at $599. The model which will run Windows 8 Pro is going to set you back nearly $1k.

Update: This is a fake

This is a disappointing turn of events. If it turns out to be true then there’s not going to be nearly as much of a market as I expected; many will pick an iPad instead. I lost interest the moment I heard about the rumored price.

At least, that’s assuming the rumors are reporting the correct price; I’m not so sure they are. Do you see the screen shot above? That’s what TNW is bandying about as proof, and as you can see it does show the prices as $599 and $999.

If you take a close look at the screen shot, you might notice that the prices don’t look quite like they belong. The don’t match the font, color, or general design of the rest of the image, do they? But if you look even closer you might notice the little bit of text covered up by the prices.

It’s tiny and pretty much unreadable, but I can clearly see some text sticking out from underneath the so-called prices – text which closely resembles the rest of the screen shot. And that’s why I think this particular screenshot is a fake. Someone altered that screenshot – I don’t know who or when, but it’s been altered.

Update: I was right; this is a fake. Here’s the original (thanks Felix):

Now, these tablets really could be priced at $599 and up, but we don’t have any proof of that yet. All we know is that one rumor from Wednesday which was confirmed by this forged screenshot today. That’s not enough to go on.

BTW, that rumor about the $599 price was originally from Digitimes.  Given Digitimes' past accuracy rate the odds are excellent that they are once again wrong.

P.S. If any other evidence shows up, feel free to post a link in the comments. 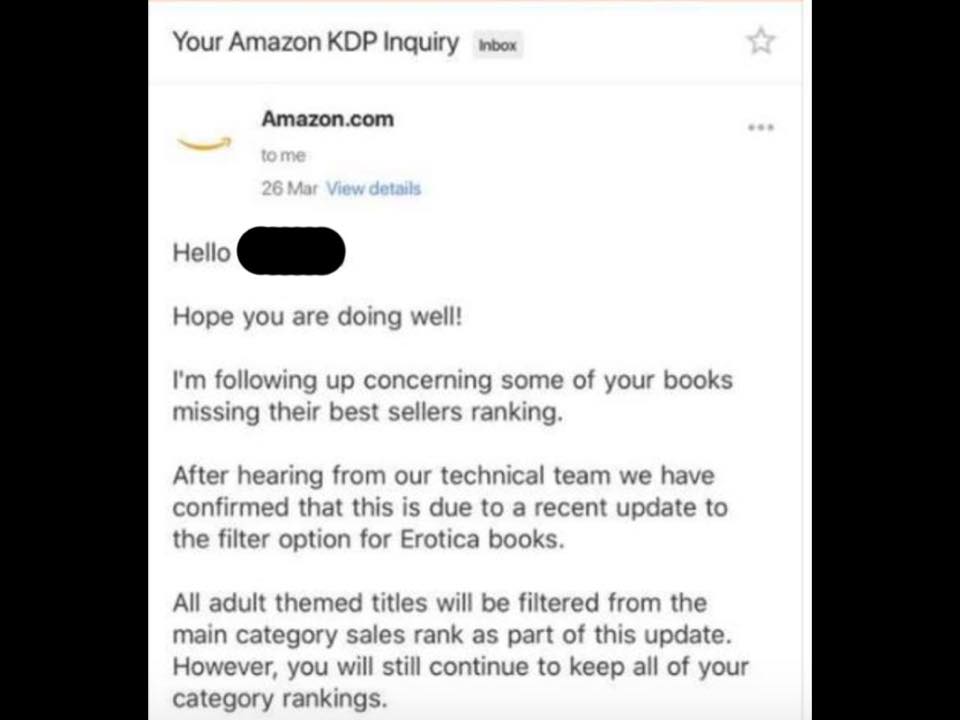 Amazon Has Shadow-Banned Romance Titles from the Kindle Store

If it’s a grand without keyboard, seems pretty high to me.

Was this intentional or it’s a Freudian slip? 😉

The Next Web article didn’t claim there was a leaked document. They never claimed the image came from a leaked document, nor did I take it that way. I think you read too much into the article and jumped to erroneous conclusions.

The source that colloborated the pricing wasn’t claimed to have been a document but "someone close to Microsoft". I’m willing to believe this, though I’m also betting those won’t be the prices when the device ships.

But someone did edit an official document to show the new prices. That screams trickery to me. If that was not their intent then they really should take the image down.

And if it wasn’t supposed to be taken as proof then why did they add their watermark?

I assumed everyone was already familiar with the image in question. It was on the Surface web page from the very beginning and has been copied into nearly every article published about the Surface sense the press event. I can’t fathom Microsoft using the image in any internal documents, especially with the addition of the prices, which are clearly overlayed over some existing image even if you weren’t aware of the source (the prices partially cover up information that would never be covered up in an official document). Given that it seems highly unlikely anyone would confuse it for an official document… except obviously you did. I assume the TNW watermark was added specifically because they didn’t want anyone to confuse the modified image as being official. I think this is simply a misunderstanding and not an attempt at trickery of any kind.

I doubt everyone was familiar; it took 8 days before someone disputed my interpretation. And I just checked several blogs; none linked to it. Also, I might not be a terribly huge blog but I still have enough of an audience that someone should have pointed out my error sooner. The fact no one did indicates that the original slipped by them as well.

No matter what you say, someone (TNW?) distorted an official document in a way that confused the matter and suggested it was real. That is trickery and at the very least unprofessional.

"No matter what you say, someone (TNW?) distorted an official document in a way that confused the matter and suggested it was real. That is trickery and at the very least unprofessional."

I’ll agree they confused the matter, but I won’t agree that (at least the intent for) it to suggest it was real.

BTW, nearly every article I read linked to the spec sheet, and it’s not hard to find proof of that: https://www.google.com/#hl=en&gs_nf=1&tok=oUICEREi8z60TNc7Y-tkGw&cp=82&gs_id=2&xhr=t&q=http://www.microsoft.com/global/surface/en/us/renderingassets/surfacespecsheet.pdf&pf=p&output=search&sclient=psy-ab&oq=http://www.microsoft.com/global/surface/en/us/renderingassets/surfacespecsheet.pdf&gs_l=&pbx=1&bav=on.2,or.r_gc.r_pw.r_cp.r_qf.,cf.osb&fp=b718c95f8418404a&biw=1280&bih=939

That search didn’t turn up all that many links from news sites that I’m familiar with. I see only 4 on the first 2 pages of results, and one is me. The others are HoffPo, Forbes, and Stack OverFlow.

Out of the hundreds of sites covering that news that week, 3 is paltry.