First User Reports of the Kyobo eReader Are In – Not Good 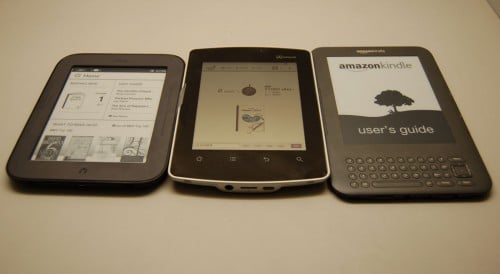 Yesterday I posted a couple hands on videos of the Kyobo eReader. They were shot by bloggers who had the good fortune to be at a conference at the same time as a demo unit. The videos are great, but they didn’t tell you what actual users thought of it.

And now I know. One of my readers, reichsputin, pointed me at what might be the first US owned Kyobo eReader. The new owner has been posting their impressions over at MobileRead, and they’ve even uploaded a bunch of photos.

The photo above is just one of 6.  It shows the Mirasol screen with the front light off (above), on, and in several different lighting conditions. Now we finally know what the screen looks like. I think it bears a distinct resemblance to an old Palm Pilot screen, don’t you?

Turn the front light all the way up and it looks like this:

This user’s review is mixed, but it seems to echo my previous points about Mirasol being not as good as E-ink (for reading) or LCD (for video). Mersfire thought that the design and build quality were excellent, and the (color!) screen worked great outdoors.

But  it’s not all good. The display is extremely dim without the front light, and the color quality isn’t nearly as good as LCD.  The Mirasol screen is also showing some behaviors of cheap LCD screens; the viewing angle drops off pretty fast, and the color shifts as the angle increases.

The Kyobo eReader also had some serious issues with video and menu transition; Mersfire reported that there was a lot of stuttering. Youtube videos played okay, but again, they didn’t look as good as on an LCD screen.

One key detail that stuck out for me was that Mersfire thought that E-ink was better for reading (than the Kyobo eReader) and that LCDs, even on a smartphone, were better for video and web browsing.

I made the point some months back that this screen didn’t have much of a market, considering that tablets and ereaders were so cheap and couple each do a task better. I think Mersfire’s review tends to prove me right. The Kyobo eReader isn’t as good as the combined abilities of a tablet and an ereader, IMO. 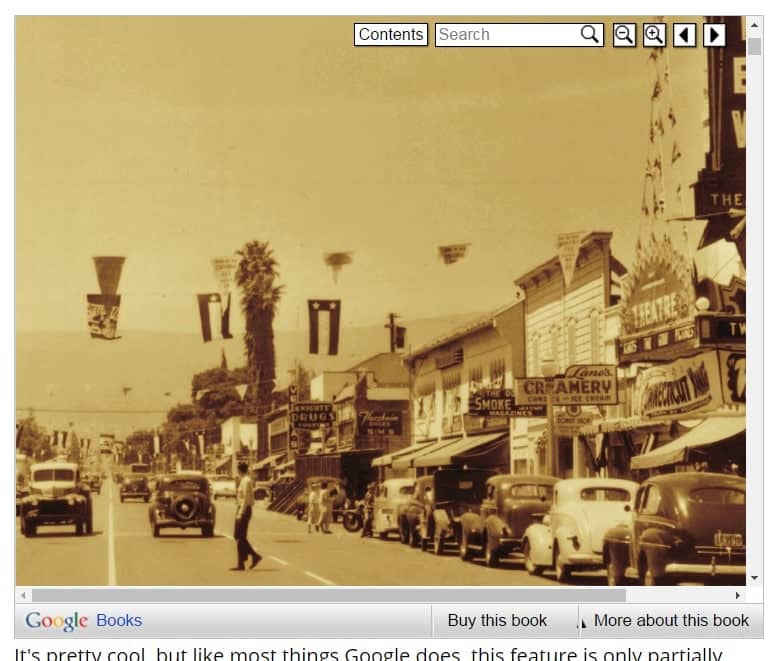 The Mirasol’s brightness shortfall is typical of most of the non-LCD color techs which makes me think the window of opportunity for non-LCD portable color displays of *all* kinds to establish themselves has maybe a year to run. Newer LCD screens are getting less and less power-hungry and battery life is getting better. Between the two, the advantages of reflective displays might get wiped out before they can become price competitive with LCD.
Challengers need to get to market and start ramping up economies of scale by next summer or forget about it.
As is, I’m surprised we haven’t seen LCDs with finer grained backlighting controls, especially at the low end. The ebook reader market only needs backlighting in a dark bedroom scenario, where most current LCDs are still too bright. And, realistically, outdoors bright light reading is a lot less common than indoors reading. So an LCD display with a broader range of backlight settings could easily cover 90% of the market and relegate reflective color displays to eternal nichedom.

Right now, it’s starting to look like maybe eink has the best chance if they can get saturation up a few percentage points. Of course, even their chances look mighty…pale… 🙂

[…] User Reports of the Kyobo eReader Are In – Not Good (The Digital Reader) Is Amazon Pushing Publishers to Brink On Terms, Co-op? (Publisher’s Weekly) Publishers […]

I also bought Kyobo eReader and I got same impression.
I saw mirasol at CES 2010 (almost 2 years ago) and that time mirasol display was good. In my feeling, mirasol display on Kyobo eReader looks bad than CES mirasol display. Kyobo eReader has glass on top and there is one more screen to reflect the front light — actually side light.
Those screens made bad impression to me, I think.
I feel this device did a tepid approach. When adopting the reflective display such as Eink/Mirasol, front light is bad choice to the mobile device. If someone instrument the light for display, LCD display is the best!!

However, regarding to the color shifts as the angle increases, it is still a problem if remove all glasses and screens from Kyobo eReader.
Anyway, I want to check it out at CES 2012.

[…] besides, Ive already posted about this ebook reader quite a few times, including a user review; the review can wait until I am […]

Come on!!! Mirasol displays are only first generation and saying that there isn’t a market for them is very short sighted. Future generations of these displays will surely perform much better than the first generation….. I don’t have a secret source but judging what happens to all other technologies not entering obscurity too early to see much development, this will of course happen with Mirasol as well. And having a screen with near/equal quality to LCD and a near E-Ink battery life is surely to have a market!!!!!!!

The Mirasol screen is no where near the quality of an LCD screen (not even a cheap one). Also, battery life has more to do with the general hardware design than it does with the screen tech. The Kyobo device doesn’t have the battery life of an E-ink e-reader.

And if Qualcomm sold these screens for what they actually cost to produce then no one would buy them.

As I wrote before of course Mirasol will become better with next gen screens!!!!

It is a new technology. Give it a chance to evovle!!