Google Deletes Artist’s Blog: He Has No Backup, and Only Himself to Blame 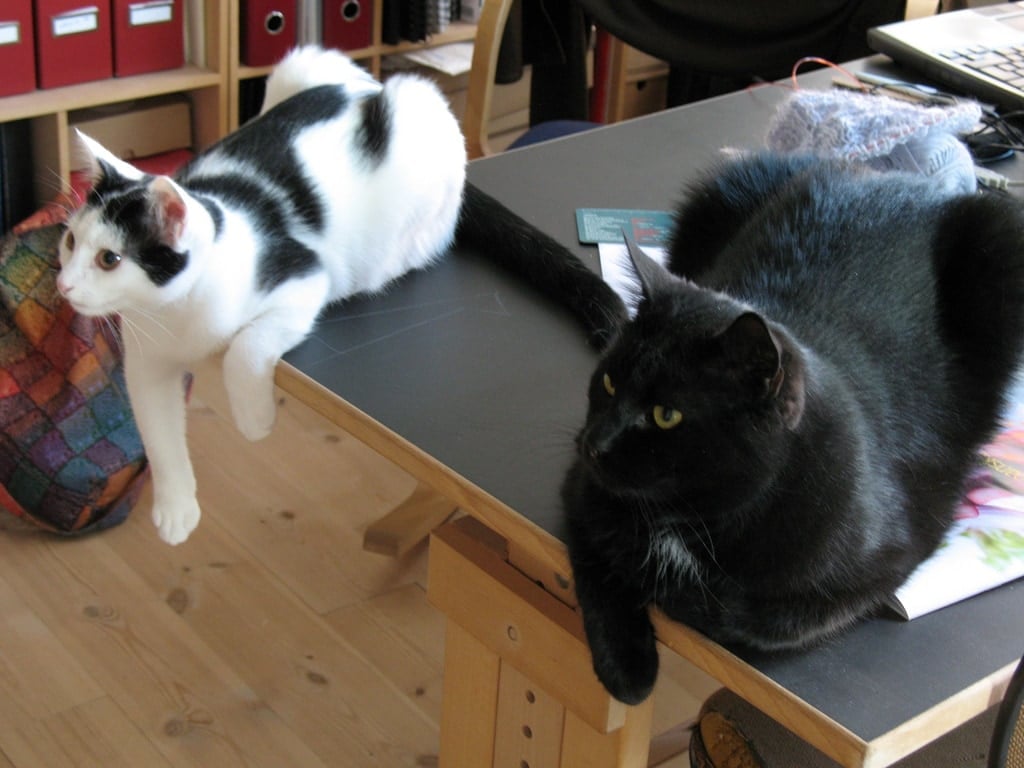 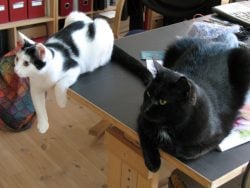 The original is on the right; the bad copy on the left.

Google has just given us another reminder why we should always have an independent backup.

Artist Dennis Cooper has a big problem on his hands: Most of his artwork from the past 14 years just disappeared.

It’s gone because it was kept entirely on his blog, which the experimental author and artist has maintained on the Google-owned platform Blogger since 2002 (Google bought the servicein 2003). At the end of June, Cooper says he discovered he could no longer access his Blogger account and that his blog had been taken offline.

Along with his blog, Google disabled Cooper’s email address, through which most of his correspondence was conducted, he told me via Facebook message. He got no communication from Google about why it decided to kill his email address and blog.

Cooper used the blog to post his fiction, research, and visual art, and as Artforum explains, it was also “a platform through which he engaged almost daily with a community of followers and fellow artists.” His latest GIF novel (as the term suggests, a novel constructed with animated GIFs) was also mostly saved to the blog.

“Of all the things about this that concern and worry me, losing that novel is my greatest fear,” he told Artforum.

I know they’re blaming Google here, but the fault really  lies with Cooper.

He’s the one who didn’t back up his blog.

Many people have encountered similar problems when other cloud platforms have shut down in the middle of the night (taking user data with them), been attacked (and lost user data in the attack), or for one reason or another kicked users off of a platform with no warning.

This is a known problem with using online services, and those who don’t plan for it only have themselves to blame.

If you haven’t backed up your website, you should – and schedule regular backups. You should also test the backup to make sure it works.

For example, if you have a self-hosted WordPress site, you can use any number of plugins and services to make a back up. (I use BackupWP when working on a client’s site, and then simply download the backup.)

But if you have a site on Blogger, WordPress.com, or Tumblr, you are in for a world of hurt. None of the three services offer a true backup option; Blogger and WordPress.com will let you export a blog’s content as an XML file, but that is less than a complete backup. It doesn’t include images, just links to the images. If you don’t import that XML file into another site then the images could be lost should anything happen to your site.

And as for Tumblr, your options are even more limited. There’s neither an official backup nor export option for Tumblr, just unofficial tools as well as an option to import a Tumblr blog into WordPress.

Weebly, on the other hand, will let you download a backup of your site (instructions).  Other hosting services, including Squarespace, do not offer that option.

Since we’re all just one accident away from losing important info, I would recommend that you stop using any web hosting service that doesn’t offer a way to download a backup of your site and store it elsewhere.

P.S. If I you have a question about how to create a backup of your site, you can leave a comment or send me an email. I’d be happy to help.

Inkling to Launch a New iBooks Author Competitor Next Week?

"Many people have encountered similar problems when other cloud platforms have shut down in the middle of the night (taking user data with them), been attacked (and lost user data in the attack), or for one reason or another kicked users off of a platform with no warning."

And dear fellow ebook readers, this applies to your "library" in your ebook sellers cloud. If you want to ensure you keep access to that "bought" content, you need to backup. And that means get rid of any DRM too.

I use UpdraftPlus for all my blogs. (Yes, I have more than one.) It’s one of the few plugins I gladly pay for, because the content is valuable.

And I totally agree on the ebooks. I don’t have a good system for that, though. *sigh*

AFAIK, he can use Google Takeout to import his blogs. I know I’ve done it.

Will that option still work after the blog’s been vanished by Google?

And thanks for the reminder. I had forgotten it.

People writing on Medium are going to have to learn the same harsh lesson, even though you can export your Medium posts as an archive of HTML files.

However, it’s long past time that we stood together and refused to be digital sharecroppers. The Web could belong to US, not the corporations, if we wanted it.

Any ideas of how to back up a site on squarespace?

They don’t offer one, so far as I know.

Doesn’t the waybackmachine back up blogs?

Not completely, and not in a form which can be restored in the original form.

The Google Blogs age-appropriate notice that requires you to say you’re not bothered by adult content and click through to the blog may have blocked the usual wayback archiving.

Ah, so that’s why I couldn’t see anything in the Wayback Machine. I didn’t make the connection.

While a built-in solution is better for moving the website elsewhere, for simply preserving the content there is a whole category of application designed just to grab entire websites (or sections of websites): HTTrack seems to be the current favorite; I believe the only one I’ve used in the past that still exists is SiteSucker. http://alternativeto.net/software/httrack/

Any of those should work on any blogging platform, I would think, and at least give you a rough approximation of the original (some work better than others) from which you could extract your content in the future.

(Obviously, this is no help for a site that has disappeared from the host.)

Also, using some sort of offline blogging software (I use MarsEdit) is another way around this. If you compose with software that stores a local copy, and only upload the finished post, then you’ll always have that copy on your local drive. With MarsEdit, I can also sync to the blog, grabbing local/offline copies of posts that I composed elsewhere (including directly on the blog’s website). If you set the maximum number to download high enough, you should be able to grab your entire blog this way. (Depending on the tool, it may or may not grab images or other content that you uploaded.)

One or both of these solutions should work with any blog platform, even those that don’t provide explicit backup tools.

[…] loss hits close to home and leads to plenty of thinking about what it might mean.   While Nate Hoffelder in Cloud Storage claims Cooper is at fault and he should have backed up his blog’s content, the blog is part […]

[…] few weeks ago The Digital Reader had a post about the importance of backing up your blog. Horrid irony that the messenger should be thus […]