Gumroads Now Rents Movies (Maybe They Should Fix Their Apps Next)

Gumroad has now taken the next logical step after launching apps which let customers consume the ebooks, music, and other content bought in Gumroad’s indie marketplace; it now rents movies.

The service just opened a new section of  its marketplace where creators can charge customers to rent a work for a limited time. It’s launching today with 28,000 rental titles,  including more than 2,000 feature films, all offered at the creator’s choice.

While the concept of renting digital content is inherently absurd, this is to both the consumer’s and creator’s advantage. The latter gets to offer their content at a lower cost, while the former has a generous time period in which to use the rental. 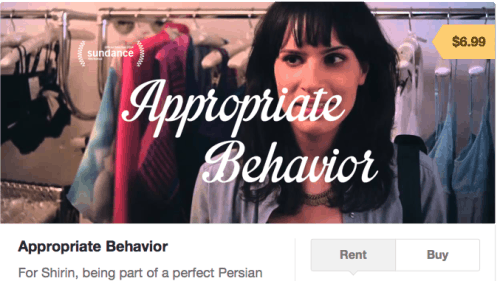 After a consumer has completed the transaction, they have 30 days to start watching a rental and 72 hours to finish (three times as long as iTunes). Customers can watch the video in the Gumroad app or stream the video to a TV from their iPhone or Android.

Or at least customers are supposed to be able to rent movies and then watch them in the mobile apps; I can’t get either the iPhone app or the Android apps to work properly (and there’s no iPad app). At this point I’m really glad I haven’t given Gumroad any money, because I’m so frustrated by the process I’m screaming at my iPad Air.

How Gumroad manages to have return customers eludes me, but I can report that the company takes a 5% commission plus a $.25 charge on each transaction and passes the rest of the proceeds to the filmmaker.

Founded in 2012, Gumroad carries 150,000 works created by 10,000 creators, including ebooks, images, music and video. The site is constantly shifting its focus to support creators as the market evolves. "About a year and a half ago we started seeing real traction," founder Sahil Lavingia told Forbes. "It’s been gradual. We got early traction in music and then in publishing; today publishing is the biggest industry we support."

Or maybe Gumroad wore out its welcome in those earlier industries. Speaking as a consumer, I sure as hell wouldn’t do business with this company twice.

We use them to sell/deliver a sizeable audiobook product (600+ Mb of zipped MP3s) that would be much costlier via physical media. I’ve had no issues or customer complaints. Streaming video is a different animal though…

For that, you might want to consider BitTorrent’s Bundle retail platform. The costs are different but the tech is better.