Infographic: (Almost) Every (Western) Literary Movement in the History of Literature Summed up in a Single Sentence 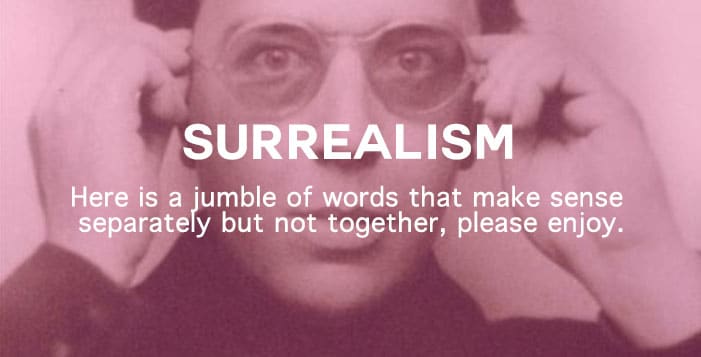 Spark Notes has boiled down the history of literary movements to a collection of one line quips.

The problem with literature is that there’s so much of it. Books go back a long time (like at least ten or fifteen years, I’m thinking), and if you’re a student taking an English class, you’re supposed to be familiar with basically all of them.

But that’s impossible. Allow us, then, to suggest an alternate strategy: you fake it. The following literary movements and periods span whole centuries, numerous cultural milestones, and multiple historical turning points, but we have taken the liberty of reducing them all to a single sentence. This should be more than sufficient to convince your teacher you actually did the reading.

Note: I phrased this as "almost" because I know enough to tell that it misses just about all the eastern literary movements (as well as more than a few western ones). This graphic also curiously leaves out SF and fantasy but includes magic realism, which is a blend of the two.

Very funny and insightful, some really nailed it (Modernist, Transcendentalism)

As you point out, that headline is very misleading, especially for a post which makes fun of so many other people.

It also leaves out a vast majority of the periods of American literature.

The way to compose a thesis about the subject matter of diversity? – Melih Akba? – Official Personal Website 18 January, 2019 um 9:54 am

[…] papers are all given in pdf format. What’s the goal of Infographic: (Almost) Every (Western) Literary Movement in the History of Literature Summed up in a … the in-text citation. To start with, you may download a ready newspaper from a […]