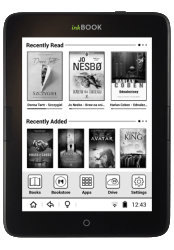 ArtaTech used to be known as one of the two European distributors for Onyx branded ereaders (and that short-lived Onyx Midia smartphone), but earlier this year they started working with a new Chinese OEM, Boyue, and now ArtaTech is releasing its second rebranded Boyue ereader.

The Inkbook Obsidian is in many ways the same device as the Inkbook Onyx which was released earlier this year, only in a new shell with a new color.

Both devices run Android 4.2 on a 1GHz dual-core CPU with 512MB RAM. The 6″ screen has a resolution of 1024 x 758, for 212 ppi, topped by a frontlight and capacitive touchscreen. Under the hood you’ll find 8GB storage, a microSD card slot, and Wifi, but no audio support or Bluetooth.

But they’re not perfectly identical. The Inkbook Obsidian has a larger 2.8Ah battery and weighs a few grams less than its predecessor, and it also has page turns buttons which don’t stick out but are instead flush with the front bezel.

In terms of software, the Inkbook line doesn’t have Google Play but it does have access to ArtaTech’s own app store, and of course you can still sideload apps. The Inkbook Obsidian also ships with a very adequate reading app, web browser, and a suite of cloud services from ArtaTech (including free 2GB of cloud storage). 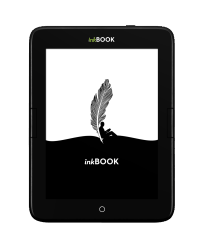 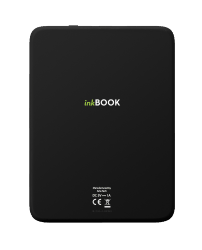 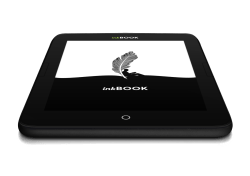 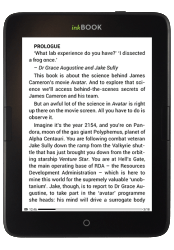 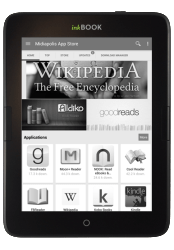 The Inkbook Obsidian can be had today from ArtaTech’s website, where it retails for 118 euros plus VAT and shipping. You can also find a basic cover for 15 euros.

All in all this is a pretty good ereader. Although it’s not a huge improvement on past Boyue models, it’s still an excellent alternative to the more mainstream ereaders at a competitive price. While it does not have the 300ppi screen found on the Kindle Voyage, the new Nook, or the Kobo Glo HD, the open Android makes up for the lack.

Typo:
for Onyx branded ereaders (and that short-lived Onyx Midia smartphone,
The parenthesis is not closed

Looks really nice, though they are showing the price as 145 €

Oh, I see the price after I add it to my cart. (Although I am not buying it right now).

Sadly the ArtaTech/Onyx-BOOX.com site has been killed off by a legal challenge from China, according to the site’s homepage:

"Due to a request from Onyx International Ltd., China, this site is now closed down and does not provide any support for users of Onyx BOOX devices."