Inkling iPad app updated – still not worth it 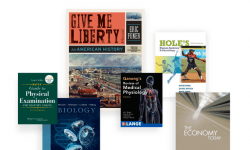 The new school year is around the corner, and Inkling got their new app out just in time.

The 2.0 release offers improved study groups, both in the app and through Facebook.You can also now follow an "expert" for each title and read their notes and suggestions.

Inkling also added a couple long overdue basic features that I’m surprised weren’t in the first release. You can now see all your annotations for each title in a notebook and you can search Google and Wikipedia from inside a textbook.

Unfortunately, not very many people are going to be able to use the app. Inkling only sell a grand total of 52 titles, and that’s after working arduously for the past 18 months to build a platform and convert textbooks. There’s not much reason to download the app; chances are it won’t have a textbook you can use.

If you’d like an alternative, I would suggest that you focus on Epub and use the NookStudy app. It’s PC only, but it can also meet or exceed the feature set of Inkling. Plus, I don’t know about you but I want a keyboard to use with my digital textbooks.

Back to the topic of Inkling, I’m sure you know that they received another 17 million in capital a few weeks back. Did you ever wonder why they got the funds even though they hadn’t produced much content? Well, a closer look at the investors might provide an answer. One investor was Pearson, the textbook publisher. I suspect Pearson see Inkling not as a a way to make money producing textbooks but as a way to develop an enhanced textbook platform. I think Pearson invested in Inkling because they plan to buy the start-up and use Inkling’s platform internally.

What about the Kno App? I hear that one is pretty good with lots of text books and annotation features.

Kno have lots of features, yes. But I like a keyboard, and I also like being able to get the same book on multiple devices at once. That requires either Epub or Kindle

Ahhh got it. In that case Apple’s ecosystem is lacking in the education/study/books and annotation department. If they would just support real inking the device would probably be unstoppable for a far longer time to come..