Did You Know Audible Will Steal Away Your Credits If You Cancel Your Membership? 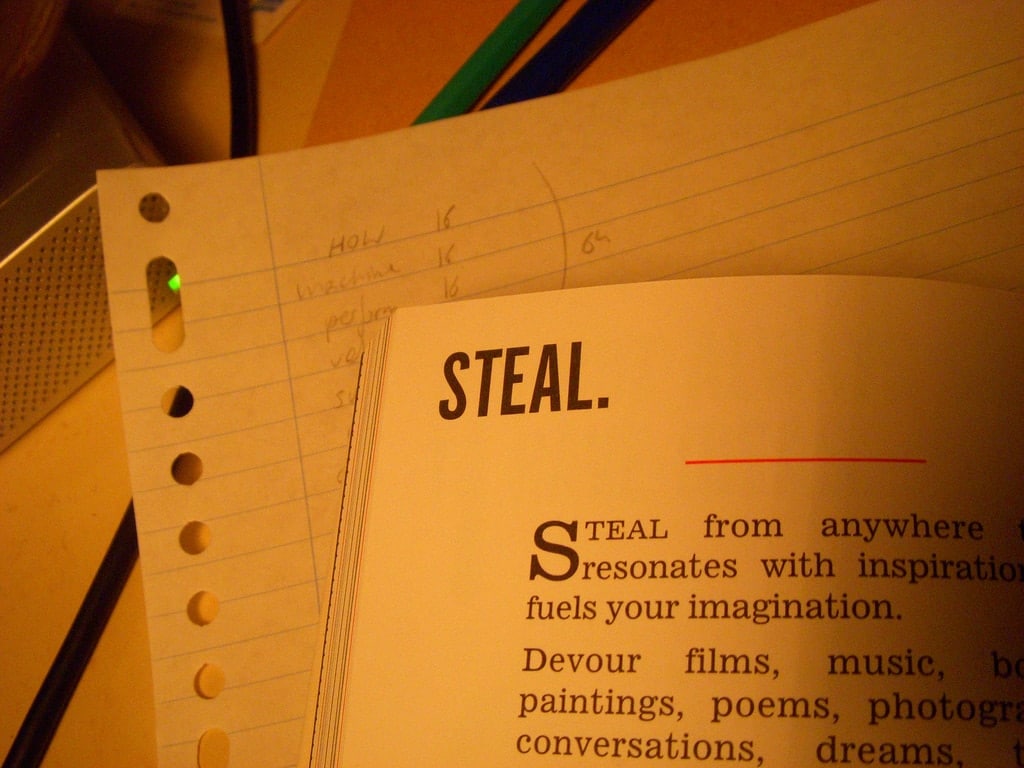 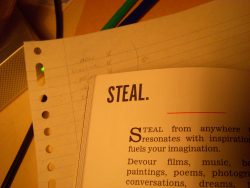 This morning’s 2-for-1 sale at Audible finally gave me a chance to use up all my credits and cancel my membership.

I am not a big audiobook fan, but I got an Audible membership back in November 2015 when Audible offered six months of membership for $8 a month. Since I could let the credits pile up while waiting for sales like today’s that was a great deal for me.

But then the six months ran out, and so for the past four months I’ve been paying full price – $15 a month – and letting the credits pile up while waiting for an opportunity to cancel and get away clean.

I had meant to cancel the membership, but then I forgot about it (which is why I don’t like subscriptions). I don’t really like audiobooks, so that was a terrible deal for me, but I let the charges pile up because of a Catch-22 in Audible’s ToS.

You see, Audible will sell you audiobooks with or without a membership, and you can keep them whether you have an active membership or not.

The same does not apply to the credits.

Audible sells credits under a monthly membership plan (also in bulk). The credits roll over from one month to the next, but if you try to cancel your membership Audible will take away the unused credits.

Yes, Audible will sell you credits and then use the threat of stealing them to discourage you from canceling your membership.

As you can tell from the tone of this post I think that is bullshit, and I just wanted to bring this blackmail policy to everyone’s attention.

Some of you are probably thinking that if I complained to Audible I could get an exception. That is true, but I’d rather complain publicly and get them to change the bullshit policy. I didn’t cut Scribd any slack when I criticized its cancellation process last year, and I see no reason to be nicer to Audible.

Has Amazon Killed the Offline Mode for the Kindle Cloud Reader? 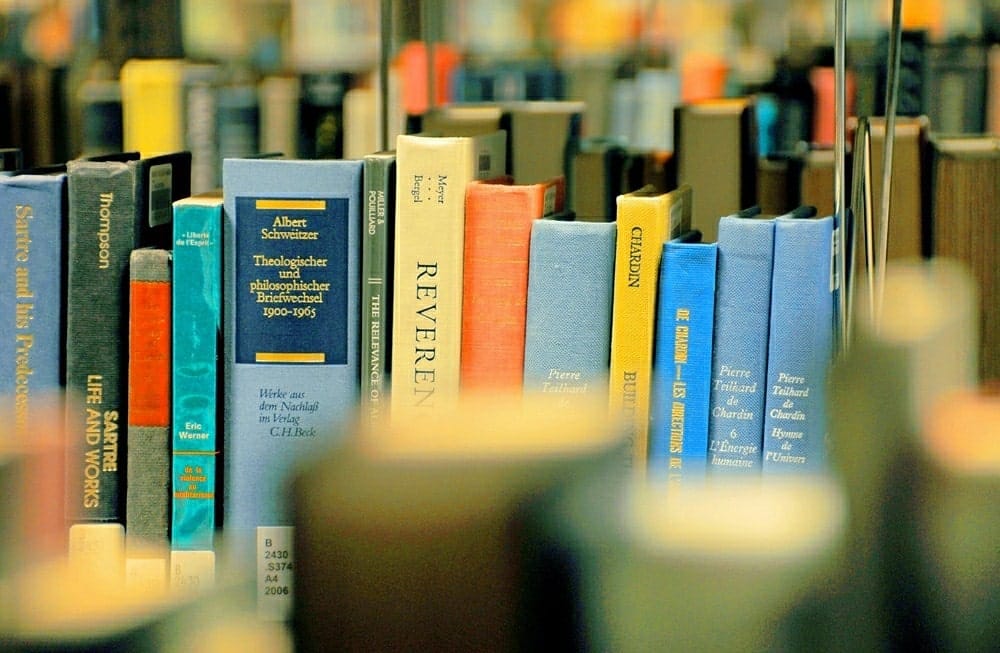 I pay $9.99 for what they now call "Inactive Light" to keep my credits. When I went to cancel they were more than willing to cancel my plan (over the phone), but when I asked if there were any plans whereby I could keep my credits they offered me this plan.

I saw that, yes, and balked at the idea of paying to keep something I had already purchased.

"balked at the idea of paying"

At least that way, though, I didn’t lose my credits. Started with five credits when I put the account on hold a year and a half ago. I’m down to three, and I’m waiting for a couple of new releases later this year I will spend them on.

I seem to recall that whenever you go to cancel, it offers you some kind of offer where it puts your account on "hold" for up to a year or something.

Their hold policy is annoying as well. You can get yourself placed on hold for a certain time frame (the amount of time isn’t handy right now), but only once a year. If you choose–say, 2 mos–and want to extend it a month you can’t since they already gave you the once a year hold. That’s when they offered me "inactive light" although that option *isn’t* offered on their website. You have to call them to get it. I, unlike Nate, love audiobooks, and plan to reactivate my monthly subscription in a month or two. So the inactive light worked for me for the moment. I just wish for more transparency. BTW…they are pretty liberal about their return policy, but you may have to call them (24hr per day!) to get them to return books.

Audible is Amazon, like Good reads. You already play taxes for your library. Download overdrive and get all the audio books you want !

"Download overdrive and get all the audio books you want !"
Not necessarily. Public libraries limit the audiobook titles they offer due to money constraints, the same as with books they offer. Plus, as someone who re-listens to audiobooks, the same way I re-read favorites, I want them available when I want to listen.

Lola: I have found libraries with multi- lingual population give you the best chance to get audio books.Keeping longer and replaying are not aproblem if you load your auto book on to SAnsa Click Plus, not the sport model. It has no clock! You return the audio book from your computer as soon a you laod it , so the next person can borrow it. I’m currently enjoying Maise Dobbs and Patterson’s Red series.

I was made aware of it when I considered cancelling my membership a couple of years ago. I put my account on hold for three months instead, and I did it again after twelve months. I tend to let my credits pile up, and I use them when there are special offers like the 2 for 1 or $10 for using 4 credits.

The policy doesn’t bother me. When I sign up for a membership, I figure it’s up to me to check the terms (though, let’s face it, I rarely do). I do wish they’d let you roll over more than 12 credits.

The first time I have cancelled my membership, I was offered a free credit. The second time there were 3 options:
– Pause your membership for 30/60/90 days
– Swith to Silver for half price
– Keep your credits for $10/year
See the screenshot: http://imgur.com/MxxBct8

I currently am in the second month of a 3-month free Audible subscription that I got on Prime Day that also gave me a $10 credit on Amazon. Amazon really wants people to subscribe!
I still have a month left, so it is good once you use your credits on an audiobook you get to keep it permanently. I don’t have a problem losing the credits once you cancel, there are many interesting audiobooks.

Either their prices are too high by your standards, and you shouldn’t deal with Audible, or their prices are reasonable, so insisting that there’s no point in buying anything until it’s 50% off is silly. If you just don’t buy many audiobooks, or aren’t willing to buy them at those prices, a subscription isn’t a good plan for you. It works great for my spouse, and saves all sorts of money. I’d be more like you, which is why I don’t have a subscription but just pay full price once in a while when I want a book.

Under that theory we should also loose access to the audiobooks purchased during the subscription.

It makes no sense.

I mean, I get why you don’t like it. But I don’t think it’s at all unreasonable. They’re use-it-or-lose-it credits, not currency.

I also understand why they want you to have incentives to (1) stay subscribed and (2) spend your credits on a regular basis. If everyone always saved all their credits for 2-for-1 sales, they presumably wouldn’t be viable. Not unless they’re running 55%+ margins most of the time (which seems extremely unlikely, given both the industry and prices elsewhere).

Compared to many whatever-of-the-month clubs, Audible is actually being generous. Used to be, the cheap come-on books were one-time things–you could buy other books at any time, but if you didn’t want the monthly book one month, you didn’t get 2 books the next month.

So I agree that it’s annoying, but I don’t think it is unreasonable. Especially when they also give you the option of not subscribing and still buying books, and you get access to the same sales if you’re not a subscriber (or at least to some of the same sales). The Audible model is the same reason I dropped the scifi book of the month club a couple decades ago: for me (and you), not enough upsides to offset the downsides–and it’s many of the same ones, despite Audible being more flexible than things were a decade or two ago.

[…] Did You Know Audible Will Steal Away Your Credits If You Cancel Your Membership? The Digital Reader […]

[…] Did You Know Audible Will Steal Away Your Credits If You Cancel Your Membership? (The Digital Reader) […]

i don;t get the fuss…..buy some audiobooks with the credits before you cancel …you still get ot keep them after cancelling

well i didn’t know that they STOLE the credits that i have already payed fore cus i wasn’t paying much attention to the warning(i guess human error) BUT i assumed they meant i wouldn’t get any more if i cancelled not that they would take them …since they phrased it as "you’ll lose your credits" not something like " your credits will reset to 0″ thought it was gonna be the same as every other subscription service where you get to keep everything till it resets at the end of what you payed for…. just glad i only lost $15 and didn’t forget about it for more than one month. so that’s why there’s such a fuss

-best idea ever- return your audiobooks and get your credits back, you can listen to as many as you want!

It is bullshit because when you spend 30 bucks for 3 credits on top of the single credit for the subscription, why should you lose credits you payed for out flat. To me that’s like not honoring a gift card because you dont have the store membership card. I don’t see how it isn’t stealing, you paid for something that is redeemable for a product and they don’t wanna honor a previous purchase just because you want to discontinue a membership. I’ve purchased dozens of books but from now on I think I’ll stick to pirating. If they wanna steal from the customer I have no qualms stealing from them.

Wow, I just discovered this myself when I went to cancel. Took me from having a high opinion of Audible and a good experience to never wanting to give them money again.

I’m not usually one to jump to "this should be illegal", but this definitely should be illegal. You pay each month, you get a credit. That should be yours forever. Even trying to think of how this could be twisted into being justified as legally allowable makes me angry at Amazon’s lawyers.

Luckily I only have 3 credits so I can hastily pick some books I’ll probably regret, and then cancel my subscription which I won’t regret. Also now I’m recalling Audible announced a new credit expiration policy which they seemed proud of, and now I realize they were forced to implement those changes due to class-action settlements.