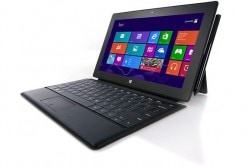 stepped up their hardware game this week.

There’s a new keyboard cover listed on the Microsoft Store website, and it adds a battery and the usual keyboard to the Surface tablets.

According to Microsoft this tablet includes a battery that will extend a Surface tablet’s battery life by 70%. They don’t include a spec for the battery capacity, though they do note that this cover is close to 2cm thick and weighs 1.2 pounds.

In addition to the extra battery, this cover will double as a protective cover for the screen, though of course it can’t help the edges or the rear of the tablet. It is designed to snap into place just like the smartcover for the iPad.

The Power Saver Cover is up for pre-order, with a retail price of $199. That’s a rather steep price for such a simple product. 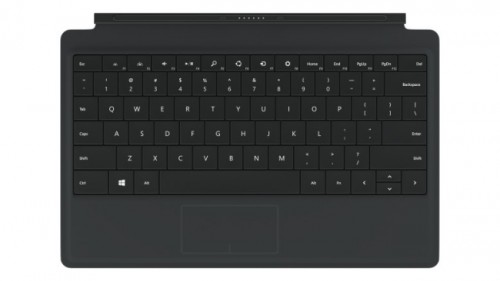 For example, my Asus Transformer 100 had an optional cover that added a keyboard,  battery, card slots, and USB ports. That cover only cost $99, and yet it included more features.

Of course, that cover went with a premium quality tablet that only cost $400, and not the $900 that Microsoft is charging for the Surface Pro 2, so perhaps Microsoft is targeting a customer base so rich that they do not care about overspending on a $200 cover. 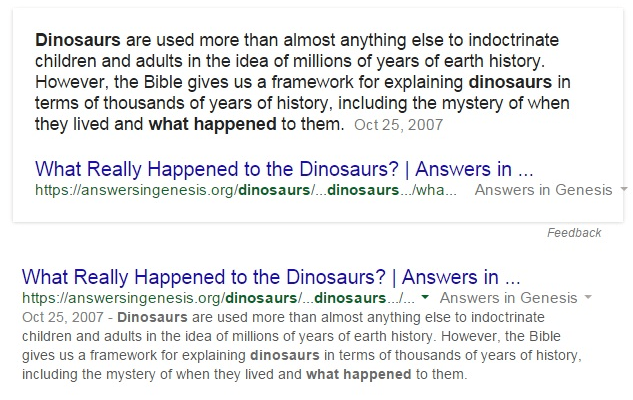 Kindle for iOS Updated for the iPhone 6

According to the MS store webpage you linked to the cover is less than 9.5 mm in thickness, not 2 cm.

According to ZDnet, MS said those specs are wrong.

I wouldn’t be surprised if the "double the listed number" that ZDnet is referring to is based on double the 5 mm thickness of the Type Cover 2 since the weight of that cover is also .55 pounds and double that weight would be close to the 1.2 lbs. I guess we’ll see next week.

I don’t have a link handy, but I’m told that when this cover was announced in September the weight was listed as 1.1 pounds.