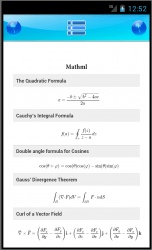 An Israeli software developer by the name of Helicon Books made a startling claim today. According to their press release, they’ve developed the first fully Epub3 compliant reading app for Android.

That claim is startling, or at least it would be if it were true. Until today the only apps which fully supported Epub3 were iBooks, which is unfortunately limited to iOS, and Readium, which is currently limited to running in Chrome.

According to Helicon, their Gyan reading app supports:

Unfortunately, the app does not actually support all parts of the Epub3 spec.

I couldn’t contain my curiosity, so I bought the app. It does not live up to the hype.

I installed the app on my original Samsung Galaxy Tab, which is running Android 2.3 on a single core CPU. I’ve tried a number of the demo files from the Epub3 archive and I found any number of issues.

Fixed layout does not seem to be working. The Javascript based quiz widget in one ebook did not work. And while this app does display languages like Arabic in the correct rtl direction, page turns are incredibly slow.

Update: the MathML equations showed up after the rest of the ebook was rendered.

I could continue and list in detail all the things wrong with this app, but I don’t see a reason to do so. The claim of full Epub3 support is, well, fiction.

And the app itself is disappointing. This app is slow, ugly, uses poorly designed menus, and lacks such basic behavior as responding correctly to the Android "menu" button. It also lacks almost all of the basic features you would expect to find in a paid reading app like bookmarks, notes, and a dictionary.

I can’t believe I wasted $5 on this piece of crap.

And the truly scary part is that Helicon says that the app is available for license. Yeah, I don’t see that happening anytime soon.

Don’t you have anything more modern? Maybe the old OS accounts for some of that?

They said I needed Android 2.2 to install this app. If what it really needs is 3.0 then they should have set that as the limit.

And given that half of all Android devices still run 2.3, my tablet is a valid test subject:
http://developer.android.com/about/dashboards/index.html

And the thing cost 5 bucks. That alone sets a high standard.

Thanks, Nate, for the heads up. I guess we’ll just have to keep waiting for a decent EPUB3 reader.

and so what??? free KOBO works perfect

I named the parts of the spec which did not work when I tested them in your app. Also, the general functionality of the app sucks.

And AZARDI 17 which is currently limited to Windows, Mac and Linux desktops and supports all those things. Of course this is about an ePub3 reader on Android, but really saying Apple’s reader is ePub3 compliant is stretching things a bit. It is a mini-subset of ePub3. Guide over-rides Landmarks, it doesn’t do reflowable and fixed layout mixed. That is reserved for their Publish application.

When developing fixed layout for AZARDI 17 we used every book in the IDPF test suite and frankly with a few exceptions the test books are a total load of garbage. We ended up creating our own test book suite with enough nuance and documented behaviour requirements to be actually useful for creating a reading system.

Your review mainly speaks about only User Interface. We have upgraded our reader further more, you can test free version of Gyan here: Google Play

Have to agree with Richard, the "test books" in the IDPF are horrible and most of them shouldn´t work anyway. I can see a hint of why this never get´s solved when there´s not even proper tests released.