Sony isn’t expected to formally announce the new PRS-T3 for another couple days but it looks like the new Sony Reader is already showing up in stores.

An inquisitive blogger at the Spanish language ebook blog librista.es has somehow managed to get his hands on the new ereader days before it was announced.

His photos confirm that this is the same 6″ ereader that we have seen in the leaked FCC docs and in the product listing that leaked a couple weeks back. It has a 6″ Pearl HD E-ink screen just like the one on the Kobo Glo or the Kindle Paperwhite.

Update: And here is a video:

The PRS-T3 has an IR touchscreen, microSD card slot, and 2GB of storage, just like the Kobo Glo, but it is missing the Kobo Glo’s frontlight.Sony has long been opposed to the idea of adding a frontlight to their ereaders, a policy which probably grew out of the generally unhappy consumer response to the PRS-700, the 3rd Sony Reader. 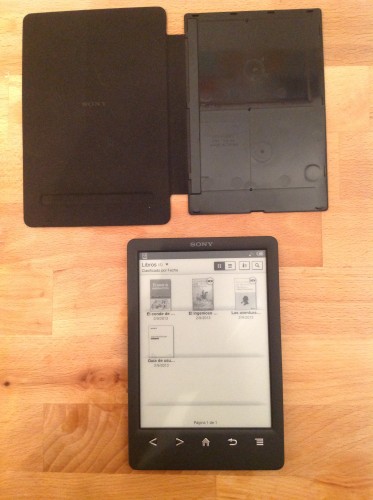 On the plus side the PRS-T3 does have the attached cover that was hinted at in the product listing, but that’s not necessarily a good thing. According to Stephen, the blogger in question, you have to use the cover with the PRS-T3 because it is permanently attached to the back panel.

If you remove the cover the rear of the ereader goes with it. While this might not be an issue for those who want to use the regular cover or the lighted cover, those who don’t want to use a cover at all will be somewhat annoyed.

Stephen went on to add enough details to convince me that this is for the most part the same ereader as Sony’s last 2 models. Aside from the higher resolution screen, new rectangular shape, and required cover, this might as well be a PRS-T2. The T3 has the same software features as earlier models, and it appears to still be running on Android, though of course we don’t for sure which version of Android is under the hood.

BTW, did you notice that I said that librista.es is a Spanish language blog? Given that Sony doesn’t sell ebooks in Spain (according to Stephen) it is rather curious that a Spanish blogger got their hands on it. But in spite of the lack of an ebookstore, Sony has been selling the Sony Reader in Spain. There are even product pages for the older PRS-T2 on the Sony.es website. 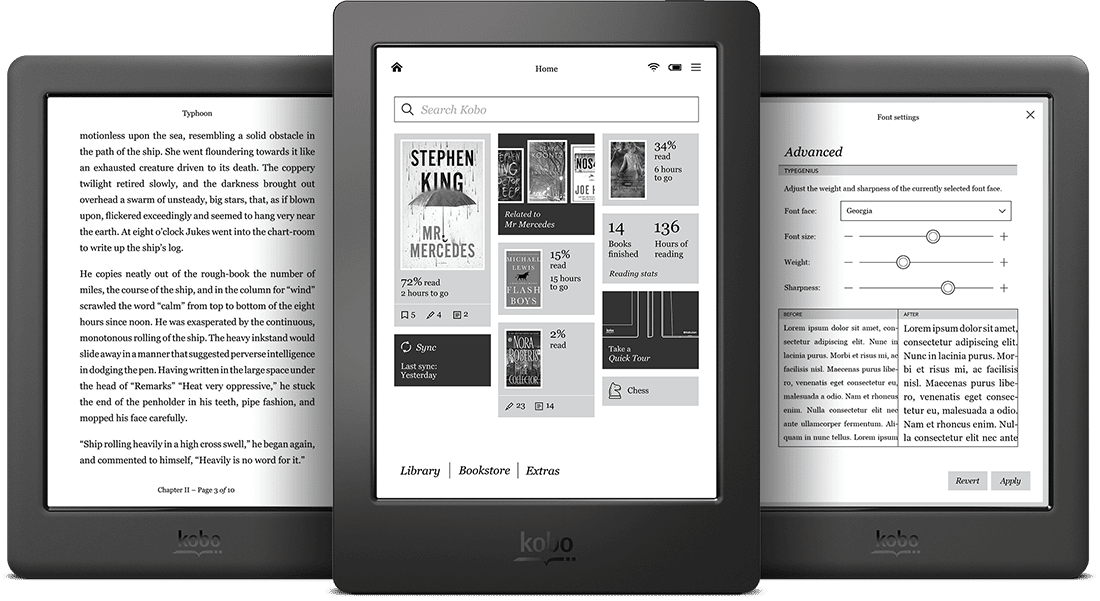 I like my ereaders and my tablets cover free. I don´t my a little silicon skin, however.

Most people had a similar response.

That bit about four hours of flickerfree reading due to proprietary page refresh technology mentioned on the back of the box is new, isn’t it? Any links to description of this out there? And how many pages would that translate into?

That could be a reference to the latest E-ink tech. They’ve tweaked the way a screen gets refreshed.

…on *current* Pearl HD screens. Kobo has it, too.

Current as in last year’s devices? I know that Kobo was saying something about the new Aura having a better screen refresh, but I don’t know about older devices.

Would Sony refer to it as proprietary technology, if it is available from Eink to all vendors?

Sure, why not? Remember, the back of the box is a collection of marketing claims and not factual statements.

Also, I got an email from E-ink on this topic. I didn’t report on it but they are touting it as their work.

I’m following up on it.

The YouTube video is now viewable for everyone: www.youtube.com/watch?v=wOCVDgji9uY

Oh and in case you’ve missed it: The fast recharge feature only works for 600 pages. That’s printed on the backside of the package.

Sorry for the double-posting.

This fast recharge: Is it using a regular 'ol USB connection on a computer or does it require a wall-charger? Just asking.

Sony PRS Team: Now you want a frontlight? Forget it. We tried to give it to you before, you know, back in 2008 when ereaders cost $400 and most people didn’t even know about them. Nah fool us once shame on…something. Anyway no we’re just gonna pout. If you want a frontlight go elsewhere.
Everyone: Um, okay. Sorry to bother you.

Sony PRS Team: It has come to our attention that some people have been using their readers without a cover. We’re putting an end to this atrocity by attaching the cover to the reader. Try and remove it now puny humans.
Someone: Okay. Mind if I get a third party back cover without the front?
Sony: …

It’s unusual, but I don’t think it’s so enormous drawback. Most people using covers with their readers never take them out, so they’re not going to mind it, more over, some of them may think it’s a more secure way to protect their readers, because it’s going to be so difficult to take them out.
About the light, all new e-readers have it, so people ask for it, but it’s a common font of problems, picky readers feel the light is not good enough, and there are some devices changed twice or more until they find a reader with a proper-evenly illuminated screen. I myself I’m not so sure about the light, when people ask me for advice to buy a reader, I recommend buying a not illuminated one if they don’t think they’re going to use it much, it’s just another layer to the screen that might get suddenly screwed up without a drop to explain it