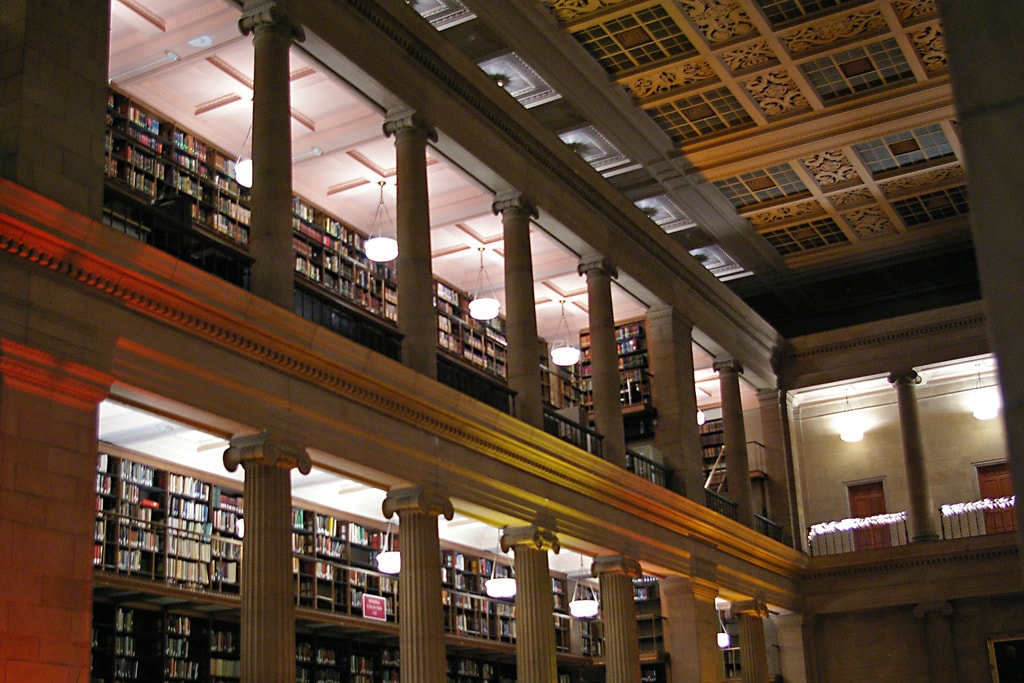 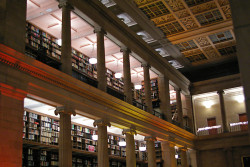 Publishers Weekly has the details on a new survey report from BISG, but I’m not sure how far we can trust the numbers.

The Book Industry Study Group, in partnership with the ALA, conducted a survey earlier this year on US library usage. A total of 2,000 US adults were surveyed, and the report found:

The newest industry report from BISG, “Digital Content in Public Libraries: What Do Patrons Think?,” found that even though over half of library patrons surveyed are aware that their local libraries carry e-books and digital audiobooks, relatively few had borrowed them in the previous year. Only 25% of patrons reported that they had borrowed an e-book within the past year, and even fewer (9%) said they had checked out a digital audiobook.

I can’t speak for you but I was surprised to read the results – not because they were so low, but because the numbers were so high.

You see, I have been following the survey reports released by the Pew Research Center. Those reports, which are based on surveys conducted semi-annually, show a much lower rate of awareness and usage.

The most recent Pew survey into library ebook usage was released in September 2015, and it found:

People are increasingly aware that they can borrow e-books at their public library. Some 38% say their public library has e-books, compared with 31% who said this in 2012. Those more likely to be aware that their library has e-books are college graduates (52% say they are aware of e-book lending), parents (44%) and those in homes where the annual income is over $75,000 (44%).

Only 16% of the 38% have checked out a library ebook, which means that only 6% of library patrons are making use of a service that many libraries offer.

In comparison, the BISG found that  a far greater percentage of respondents (58%) were aware of library ebooks and had checked one out in the past year (25%).

My current working theory, which I am still trying to confirm or deny, is that the BISG study was conducted online, while the Pew survey was conducted both offline and online.

That distinction is important because, as Pew showed us in September, results from an online survey are biased towards respondents who are richer, more technologically sophisticated, and better educated.

If I am correct about the BISG survey then it would mean that the BISG inadvertently selected the survey group for those who would be more likely to use ebooks and be familiar with their library’s digital offerings.

Alas, I do not know if I am right; I have queried BISG, and Jim Milliot at PW, but neither has responded with any info.

Edit: Jim Milliot has confirmed that the BISG survey was conducted online only.

Just so we’re on the same page, even if this report should prove flawed that doesn’t mean it’s not useful.

Nate, that’s hardly surprising given the absurdly high prices now charged for ebooks. Rather than forking that money over to Amazon & the greedy publishers I decided to simply donate more money to my library.

Big 5 price increases drove me to change the way I think about e-books. When many titles ballooned to 14.99 I decided not to buy them. I was always aware that my local library had e-books but priced as they were it was just easier to buy the book. The process of borrowing seemed to be a hassle…so I never tried it. After the agency pricing strangled my buying I adopted alternatives. Once I noticed how easy it was to borrow I have not stopped.
Once I started using the library it became my primary source for premium books. LOST SALES for Big 5 publishers. With my e-book library containing more than 1300 books, I was a heavy buyer-no longer. I am not shifting to print.
The biggest challenge with libraries is limited titles and waiting lists.

Nate, you should do a questionnaire/article about pricing affecting buying habits.

We use our library ebook system extensively. Lucky for us we live in a county with an excellent inventory. They may not have a specific title, but they definitely have enough of various subjects to keep any reader busy for quite a while.

Also I am not surprised many users were parents. We use the library a lot more since my son was born; it’s so much cheaper and we have less disposable income!

I’ve been checking out ebooks for years. I’m fortunate that our nearby large city library allows anyone in the state with a library card reciprocal cards so I can checkout there, with their larger collection, as well as at our county library.

For this life-long bookworm, who lived at the library during the summer when I was a kid (it was behind our house), it’s a dream come true to be able to check out a book and start reading it in less than a minute. You don’t have to drive or worry about hours or overdue fees.

Our kids are grown now, but they would have loved the large selection of kid’s ebooks that are available.

Judging from the increased wait times on my "Holds", despite an increase in available copies, I’d say e-book lending has increased significantly in the last two years. At least it appears that way in the consortium I participate in (Wisconsin Public Library Consortium). When I check their stats; Patrons With Checkouts has increased from 301,226 in 2012 to 505,325 through September 2015. reference: http://www.wplc.info/reports/statistics But then we do love a deal here in WI.

Is USD 10.99 an OK price for a big name author book or very long non-fiction book?

BISG used a survey group of people who they already know are library users. I think this would explain the discrepancy.

Where did you see that? I just re read the PW article and i don’t think it was explicitly stated.

Libraries would love to offer more ebooks to patrons to cut down the waiting lists, but if you think the consumer ebook pricing is bad, check out what libraries have to pay. The latest report I could find was from August, but this article from July gives you a good idea of the problem: http://americanlibrariesmagazine.org/blogs/e-content/dcl-ebook-report-july-2015/

Some ebooks cost libraries more than five times the consumer price. And the cheaper ones frequently expire after 12 months, or 26 uses, or something like that. Contrary to what publishers say, hardcover books, on which libraries get a discount, last for many more than 26 checkouts (unless the publisher is too cheap to provide a quality product).

Digital magazines have similar markups, although they allow simultaneous uses and unlimited or very high checkout limits, so are more worth the price in this librarian’s opinion. But they still cost a lot.

I check ebooks from my library through the OverDrive app. Its great. Now my library doesn’t always have the book I want in ebook form but they have quite a decent selection. Found out my library has the complete series by an author I enjoy reading so I am slowly working my through that.

I can add some interesting data from my library, Mesa County Public Library District:
1. We are a less advantaged community. Median family at 43k.
2. Our ebook circulation is rocketing. The more money we put into it the more use it gets. Our print circ has dropped slightly this year (5%) after an all time high last year, but ebook circ continues to grow at a robust rate (about 13% annually).

I interpret our data as a result of not having enough ebooks to match the data Nate describes above. Our collection of ebooks is relatively small in comparison to print. And our users are fairly mobile, as we live in a ranching community with lots of people on the road.

Anecdotally, we hear great feedback from our patrons on ebooks with the predictable questions about bestsellers, etc. But they love them and we are leasing more. Another caveat to consider is that we have a shared ebook collection with 35 mostly rural libraries. We are the largest contributor and are continuing a trend of shifting collection development dollars away from print and into ebooks. A final caveat: I wrote the article "Forecasting Public Library eContent Costs" originally published in the Journal of eContent and recently republished in the ALA Library Technology Reports E-Content in Libraries.

I don’t like the cost curve and the bestseller windowing, embargoes, whatever you want to call it. But I also understand why publishers do it. Like Nate I am a bit suspicious of these numbers. On one level, it is like trying to predict the game results at the beginning of the 4th quarter (didnt work so well for the Patriots last Sunday…), but that analogy doesn’t go far enough, because the rules of the game are constantly changing. The game itself is still in a sort of punctuated equilibrium and has not reached anything approaching stasis. So good luck getting trends or other bedrock type data out of surveys. It can’t happen until the market reaches maturity and stasis. Some might argue that it is starting to get there, but I don’t think it is there yet.

I’ve tried a couple of library ebook systems, but the search capabilities are limited and the interface is often slow and cumbersome. If I could tell it: "When you acquire a detective story published before 1960, send it to me or add it to my queue", then it would be ideal, but searching by title or date acquired is virtually useless, and searching by author is hardly better.

[…] still remains either low or disappointingly low, depending on which survey you look […]