Goodreads, the leading online book community, has just announced that they now have 20 million members. That’s 4 million more members than they reported having when they were purchased by Amazon in late March 2013, and twice as many members as Goodreads had a mere 11 months ago.

The news was posted on their blog, and it included this photo: 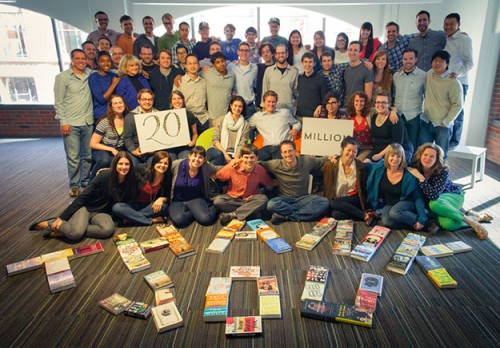 Otis Chandler, founder and CEO of Goodreads, gave an exclusive to Techcrunch and attributed the stellar growth of the Goodreads community to 4 main factors:

First, he said, Goodreads has now built up “a critical mass of book reviews.” He said he isn’t sure about exactly where the threshold was, but with more than 25 million reviews, Goodreads now covers enough titles that you can find lots of useful content.

Second, he said Goodreads has seen “explosive” mobile growth. He noted that with all that review content, users are going to want to look up titles before they purchase them in bookstores, and the easiest way to do that is from their phones. Plus, he said it reflects “where people are when they’re reading books” (if they’re out at the beach and they finish a book, the easiest way to post review or a rating is, again, likely to be from their phone) and the fact that “more people are reading on mobile devices than ever before.”

The third factor has been Goodreads’ international growth. He didn’t offer any specific numbers, but he said he’s been surprised to see that growth since the site hasn’t really made a concerted effort to promote itself globally, and in fact doesn’t offer any localized versions outside the United States — that’s something that’s going to change, he said.

Chandler also credited Amazon as having a positive effect on Goodreads' growth. Amazon’s extensive customer base offers useful opportunities, plus Amazon has a lot of resources of their own.

Speaking of Amazon resources, Goodreads recently vacated the offices they moved into last September. The 58 Goodreads staffers (up from 35 employees at the time of the acquisition) just moved into a new San Francisco office and now occupy one of Amazon Music’s empty floors. 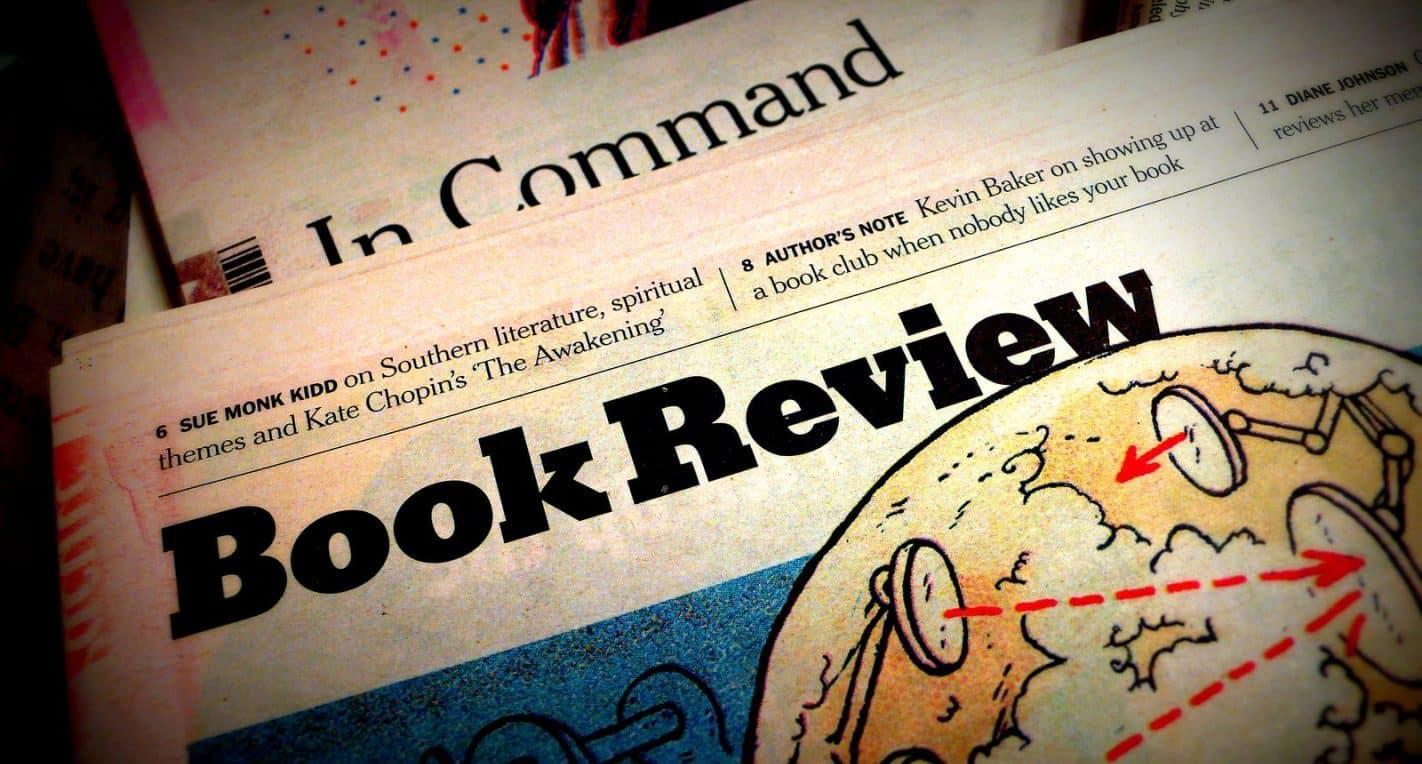 Who Wants to Help Launch a Book Review Blog? 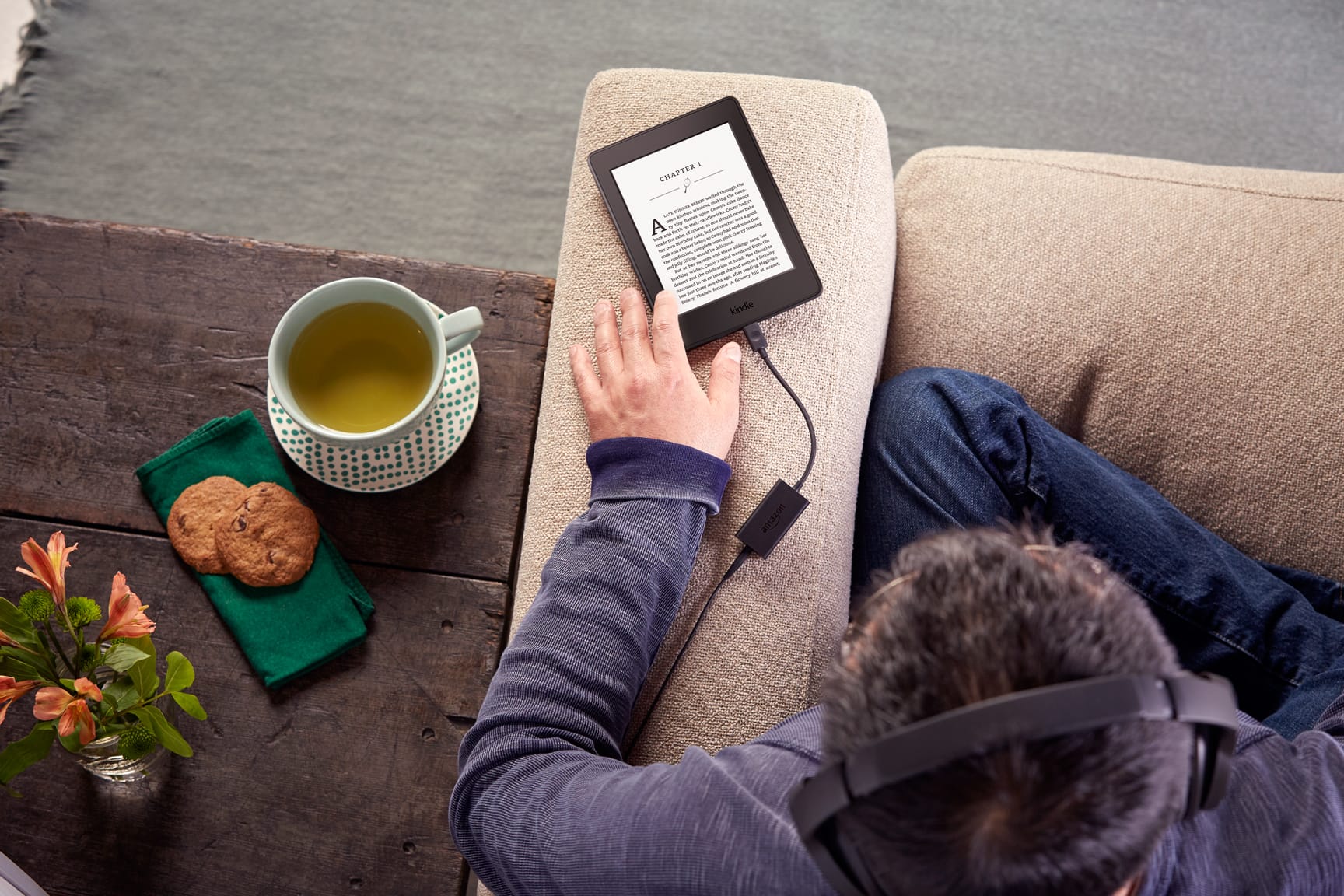 I’m amazed that Google Play Books is still using Goodreads reviews. I’d have thought that would be one of the few things Amazon insisted on changing.

I think Goodreads collects a fee when those reviews are used in ebookstores.

Better to have your competitor dependent on your services than to see them develop their own alternate to compete with you.
Why give google a reason to develop a counter to Goodreads?

And the money doesn’t hurt either.

Nope. Amazon ain’t too proud to take Google money.
Or anybody else’s. 🙂

Heh.
So much for Goodreads members fleeing in droves after the Amazon acquisition, huh?
Localized international versions is just one area where Amazon will be coming in handy.

@fjtorres: I believe 95% of all GR members are oblivious to the sellout and the subsequent changes thanks to Chandler hiding the "announcements" in the GR Librarians discussion section.

quote Chandler Otis (Jan 2012): "Amazon’s data has been great for us for many years, but the terms that come with it have gotten more and more restrictive, and we were finally forced to come to the conclusion that moving to other datasources will be better for Goodreads and our members in so many ways that we had to do it."

quote Chandler Otis (Mar 2013): "We are joining the Amazon family. We truly could not think of a more perfect partner for Goodreads as we both share a love of books and an appreciation for the authors who write them."

Some prolific Goodreads contributors/reviewers/authors left out of protest. A lot more have stayed and were rewarded with the new GR-content policy (Sep 2013).

The almost exclusively negative feedback from GR users speaks volumes! (My favorite comment from GR member SubterraneanCatalyst: "Hindsight is 20/20. I thought the people that left after Amazon acquired GR were hysterical and adopted a "wait and see" attitude myself. I have had accounts with IMDB, Zappos for almost ten years and didn’t see any change after the Amazon buyouts so I thought the same would apply here. I was naive. I’m thoroughly disgusted by GRamazon."

I left and deleted my GR account in March 2013 and I will stay away from ANYTHING even loosely related to Amazon. Goodreads used to be about the love for books now Goodreads' sole purpose is to sell them.

Enjoy the corporate clone that used to be GoodReads.