There’s been a brouhaha this past week over the recent book sale data from the AAP, and I just realized this evening that I am at the center of it.

As you probably know, last month the AAP released sales data from the first quarter of this year. Some segments were up, some were down, and the overall reported sales were down (more details here).

One detail that some have focused on was the 5% growth in ebook sales. Nicholas Carr wrote a post last week in which he bashed ebooks with statements like:

E-books are still taking share from printed books, as overall trade sales declined by 4.7 percent in the quarter, but the anemic growth of the electronic market calls into question the strength of the so-called “digital revolution” in the book business. E-books now represent a bit less than 25 percent of total book sales. That’s an impressive share, but it’s still a long way from dominance.

He also made a graph, thus making his story very repostable, and it was reblogged by Neil Irwin in the Washington Post, Om Malik of GigaOm, and David Ulin in the LA Times.

Update: We can now add Slate and Publishing Perspectives to the list.

Normally I would ignore posts like this because the conclusion is simply wrong. To put it simply, I think that Mr Carr misunderstood the context for the ebook sales data and failed to take into account an anomaly in the sales data.

How do I know he’s wrong?

Because I am his original source.

Yes, he took the short post I wrote last month and came up with the idea that a slight growth in a down market is best described as anemic. Needless to say, I disagree. In fact I took the exact opposite position last month:

The overall ebook market grew from $374.8 million to $393.6 million, or about 5%. That is far below the growth reported in previous years, but it is still good news. The AAP also reported the total reported book sales dropped by 4.7% (from $1.5 billion to $1.4 billion) thanks to a severe drop in the children’s and YA segment (24.6%).

I’m not the only one who disagrees with Mr Carr et al. I came across this story via Nathan Bransford, who (also working from my post) went on to point out a detail that I had missed:

And for the first time ever in Q1 e-books are now the leading format in the adult market, even more than paperback (note: percentages don’t add up to 100% because I’m just including the three largest formats):

In fact, when you compare the share of market over the past few years you see a pretty consistent pattern.

That is just a single segment, but it’s a strong argument against flattening sales.

And it’s not the only one. Mr. Carr carefully neglected to factor in certain details like the fact that this data doesn’t include all publishers much less the self-published titles, and thus it doesn’t reflect the actual US book market.

For all we know the ebook and book sales not included in the AAP figures might have seen a surge in that quarter.

And that’s not the only problem. There’s also an anomaly in the AAP data.

The sales data for that quarter, both for ebooks and the overall market, is skewed thanks to an drop in the YA/children’s market. YA ebooks dropped by 30% and YA hardcover dropped by 35%.

The conclusion that ebook sales are flattening is based in part on a data point that could well be a fluke occurrence. For all we know sales in the YA segment picked up again in the following months.

I am not arguing that the sales did pick up, just that the data set contains an anomaly. It might be a drop in sales or it might be sales which occurred but went unreported (publishers sometimes forget to file the paperwork).

Update: It turns out I missed something. I just got an email from Andi Sporkin, the VP of Communications at AAP. She reminded me that she had already offered an explanation for the severe decrease, which was:

While the Children’s/Young Adult category for Q1 2013 showed significant gains vs Q1 2011, the huge and unprecedented Q1 2012 C/YA numbers (those three months were the lead-up to the March 2012 film premiere of “The Hunger Games”)  resulted in declines for C/YA for Q1 2013.

I had forgotten that this explanation had been included with the original data, and it explains a lot. It also adds a lot of strength to Nathan Bransford’s point about the adult ebook market.

That segment didn’t have the anomaly, and it had very healthy ebook sales. I would argue that it is a much better indicator of how ebook market share grew in the first quarter.

Second Update: Slate is continuing to point to the Neilsen data in support of their article, so I am going to post an excerpt here for the sake of debunking them. Neilsen said that the decline they saw was due to an anomaly. From The Bookseller:

Sales in April fell for the third consecutive month, and for the first time ever have shown a year-on-­year decline. Nielsen Kantar data reveals that e­book sales totalled 3.3m units – down 9.8% on the previous four-­week sales period and down 0.1% on the comparative period last year. However, the number of new ebook buyers was up on the March figure, bringing the total number of e-­book buyers in the UK market to 9 million. Nielsen said the decline in e-book sales was down to a fall in sales of children’s e-books, principally sales of Suzanne Collins' Hunger Games trilology that received a considerable boost in sales when the first film of the first novel in the series was released last year.

Clearly there is no evidence to support the claim that ebooks are over. 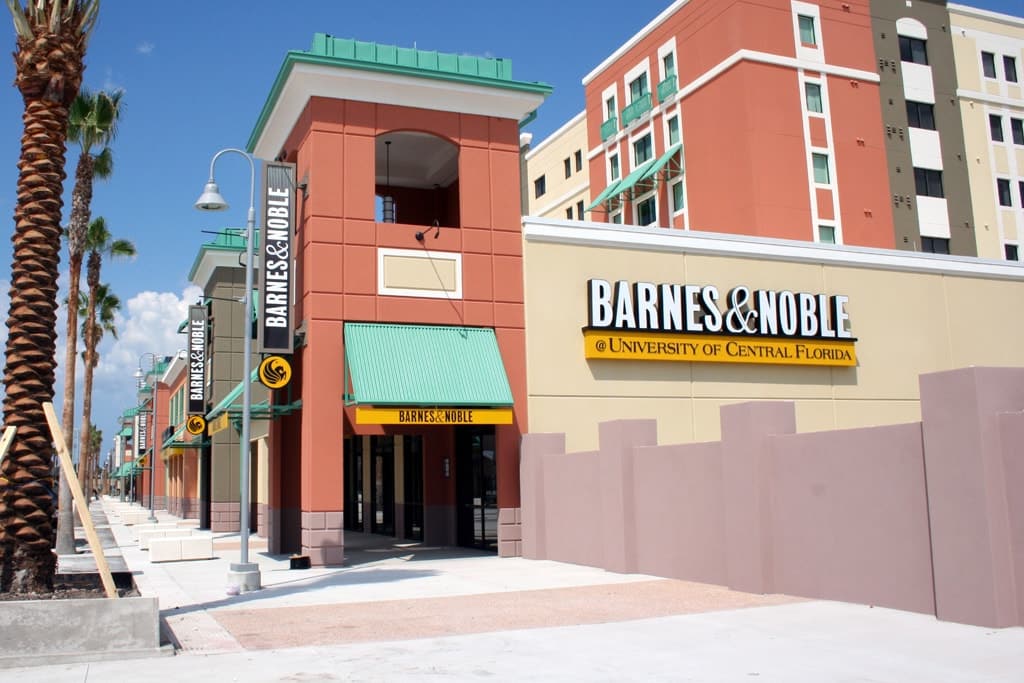 B&N Education Has Pulled the Nook Displays From its Stores

I also question the reach of the original statistics that led to these calculations. Your original post said, "The AAP is reporting that the 1192 publishers which submit their sales data to the AAP did not see a significant increase in the ebook market in the first quarter of this year."

I read that as excluding self-published sales as well as publishers that may not report to AAP. We already know that the self-published market has been making some incredible leaps regarding sales, which are almost all ebook sales. Could some of the decrease in sales growth come from people buying books outside the normal system, therefore skewing the metrics? I know that Nielson had to adjust for time-shifting and online viewing to improve their TV metrics, maybe the book sales measurements need additional adjustment.

There was a reason why I called out the 1192 publishers, and this was it.

Edit: I updated the post to include this point. Thanks for reminding me.

The numbers you quote are dollar amounts. As David Gaughran points out a better metric of sales would be units sold. With the breaking of the conspiracy we would expect a drop in ebook prices as competition took hold. So the flat-ish dollar sales may reflect an increased unit sale at a lower price point. There are stats somewhere showing a drop in best seller average prices from about $11 to $7 over the year.

Unit sales wouldn’t necessarily be a better metric. After all, hardbacks and paperbacks sell in different ranges and I haven’t heard anyone claim that the dollar amounts aren’t a useful metric for them.

Edit: Also, the post agency price drop averaged less than 20%, was spread out over 6 months or more, and only affected a fraction of the titles on the market. For all we know sales of those titles picked up at the expense of cheaper ebooks.

Paperback sales are windowed to avoid competing with hardbacks. e-books are not windowed, so in most cases an ebook purchase is a replacement of the purchase of the physical book. If we are trying to determine when the publishing industry hits its tipping point into e-book as the major format , unit sales would be the metric.

The chart I remembered was in dbw in a post called Why Ebook Best-Seller Prices Will Continue to Decrease.

What happened to YA? Was it that everyone finally bought a copy of the Hunger Games?

You were right. It was the Hunger Games (see the addendum).

So I was correct in my assumption that 2012 numbers were high because of blockbuster titles. I mentioned 50 shades previously, but Hunger Games definitely makes sense in driving huge numbers last year.

I have yet to read that book, but it’s on my list.

Yep. That is always going to be an issue.

As you can see from the situation with "The Hunger Games", publishing is a hit driven business. The metric that ought to frighten trad pub is the hardcover/ebook split for new entrants in the best-selling author category. The old guard (Patterson, Grisham, King, etc.) consistently sell more hardcovers than ebooks. The recent additions to the list (James, Meyer, Gillian Flynn, etc.) consistently sell more in ebook format. Even in hardcover format, the new guard authors sell more online than in bookstores. The risk is obvious. At some point, established best-selling authors will be able to make far more money by skipping the trad pub route to go digital first, online only.

Or, they could follow the model I am using which is, "no reader left behind."

Basically, I am publishing my works in all possible formats: hardback, paperback, eBook, and audiobook.

[…] some pushback on the idea that e-books are declining and even before a very disappointing earnings report from Barnes & Noble, there has been […]