Pocketbook to Announce New eReaders Next Week, Amazon to Follow? 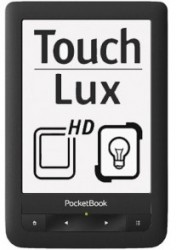 I know this might be hard to remember after yesterday’s stupendous Kobo news, but there are other ereader makers in the market and one of them will be announcing new gadgets next week.

Pocketbook is holding a press conference next week. This Ukraine-based ereader company is expected to announce 3 new devices, including a color ereader, an ereader with an HD E-ink screen, and an updated 7″ Android tablet.

But before I get to the products I expect Pocketbook to announce, I have a question. Have you considered the timing of next week’s press event?

I think the Pocketbook press conference raises some interesting questions. It was announced right before Kobo launched the Aura HD and happens a week later.

Kobo made an announcement this week and Pocketbook is announcing next week, and that leads me to think we might possibly be seeing ereader makers respond to the products they know that their competition have in the works.

If I am correct then Amazon might have an announcement of an amazing ereader some time in the next month or so. It’s not out of the question that Amazon plans to reveal that they’re using a Liquavista screen on their next Kindle. They have to come up with some way to match the Kobo Aura, after all.

I know that I have been saying since January that Amazon is buying Liquavista and it might be getting old. But now that Kobo has an awesome product in the Aura HD I think Amazon is going to have to release their own awesome ereader just to stay competitive.

And there is also a chance that B&N could be getting ready to announce something wonderful, though I doubt a new Nook would spook either Pocketbook or Kobo.

There is no firm data on this so we could be in for a surprise, but the current rumors suggest that Pocketbook will unveil the PocketBook Touch Lux next week. This is expected to be a 6″ ereader with an HD E-ink screen and a frontlight. It’s the next-gen model for their existing 6″ ereader, and it is rumored to retail for 139 euros.

Note that I am calling out the rumors on these details; for all we know Pocketbook might have the 6.8″ screen found on the Kobo Aura HD. That is not very likely but it is also not impossible.

In addition to the Touch Lux, Pocketbook could also announce the Pocketbook Color, the 8″ ereader that they have been working on since at least November 2012. I have almost no details on this ereader, but it is supposed to have an 8″ color E-ink screen. It is also supposed to have a frontlight, which as we have seen in past conference videos will likely improve the color quality. I have no info on specs, price, or release date, but then again I can’t see that anyone else has that info either.

The third new product that Pocketbook might reveal next week is an updated model for the SurfPad, one of their 7″ Android tablets. Again, I don’t have any info on the specs pr price, but the new device will probably have a higher resolution screen and a faster CPU. The specs on the current model suggest a weak budget tablet, so it would make some sense to improve upon it.

I don’t really find any of the devices expected to be released next week all that interesting, but to be honest that is because yesterday Kobo set a new standard. That news has also made me wonder if competition is heating up in the ereader market again.

The question is how important are the ereaders as a product. Its all well and good saying that the new Kobe reader is brilliant, but if I already have 40 books in Amazon’s kindle format I’m not going to buy it unless there’s a way to move those books across easily.

This is how Amazon has got such a lock on the ebook market.

The ease of buying at Amazon with the reader or buying with the computer, not having to manually transfer the book (due to WLAN/3G and autodownload) is often overlooked. How easy is it to buy from Kobo and is it easy to transfer the bought book to the reader?
Having downloaded only free books from Kobo I do not like the shop, and find it hard to use.
That is the real lock-in, not DRM – I could’nt care less about DRM, using Calibre and Plugins from Apprentice Alf.
The fault of Amazons competitors is, that they do not recognize ease of use.
I own 2 Sony Readers (PRS-505 and PRS-T1) and have just switched to a Kindle Paperwhite. While the reader is not perfect, buying books to read is as painless, as possible both with the Kindle itself and with a Webbrowser on a Computer.
And with the added bonus of the Kindle having an email-adress I can send collected News each morning to the Kindle (using Calibre).
Is this possible with the Kobo?

Buying from the Kobo-Website is a process I do not care to repeat too often, their Website is a mixture of German and English for me, as I login from Germany – I would prefer either language, emphasis on one.
And when I search a popular book, which is available in many languages I get offered all languages, and must drill down. OK, this sometimes also happens at Amazon, but there it is much easier to drill down.

And after finding that book I want to buy, how much clicks do I need to buy it and use it on the reader? Count that next time, you buy a book. This is what you have to do for every single book you buy. And while it may be only 5 clicks on Kobo to say 3 clicks on Amazon, that adds up (this is just a guess for Kobo, I have not counted it, nor am I sure, that Amazon really needs 3 clicks, it may be less).

And this is not regarding the blogs, that the Software on the Kobo-Reader is not good, with bugs getting fixed with an update that introduces new, different bugs (this refers to the Glo). Again, feature-whise the Kindle Paperwhite firmware could offer more, and be better, but at least it is not riddled with bugs (in fact I have not encountered one bug yet).

I don’t see Amazon doing a thing before the fall.
They don’t have to and they’re still rolling out the kpw to new markets. They can afford to let lesser players get bragging rights for a couple months.
(even Nook never got much long term boost out of being first with neonode or frontlight–ebooks are a seasonal business and a big splash in april or may means diddly come november.)

I just found Amazon’s new comic creation tool. What if that is another sign that they are about to do a major push into graphic novels on a Color Kindle?

What I find most interesting is the new Kobo screen. Obviously, Kobo got those cheap, and I don’t think E-ink would have created the new, Higher resolution e-ink at low cost just for a limited release Kobo. I suspect one of the larger players commissioned a large quantity of those, but Kobo was just first to release to market.