far as the wider ebook market is concerned Epub3 is a dead format, but it still has its uses. That’s why I was pleased to read yesterday the the Readium for Chrome extension received a major update.

Readium for Chrome builds on the work of the open source Readium Foundation, and it enables readers to view Epub3 ebooks in either ChromeOS or their Chrome web browser. The new update brings behind the scenes improvements, including updates to the codebase, as well as  a more modern user experience. 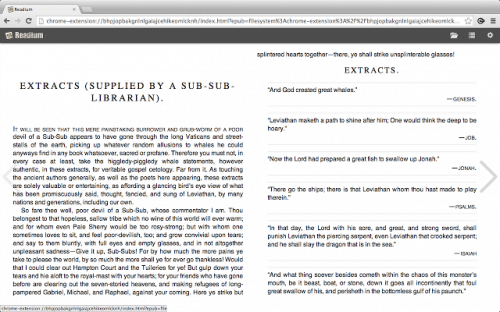 There are in fact many apps which will let you read an Epub ebook in Chrome, but Readium is the only way to read an Epub3 ebook (so far as I know).

And BTW, the post which announced the update also reminded me that this extension, like the Readium project as a whole, is still in pre-release development. This latest version of the plugin, like previous Readium for Chrome  should be considered alpha-level software that’s not suitable for the end user. if you encounter bugs, they would like you to report them here.

P.S. If you’re looking for a source of Epub3 ebooks to read in Readium, you can find an archive collection here.

IPG eBooks Are Back in the Kindle Store

This seemed like a useful extension but I couldn’t bring myself to install it. It asks for too much in the permissions. Why would an epub reading app need access to all of my web data? Do you know of any other extensions that will open an epub in chrome and not ask for so much?

Odds are those are necessary permissions in a fully compli a nt epub3 reader.
Epub3 needs access to everything if the Javascript phone-home features are to work properly. 😉