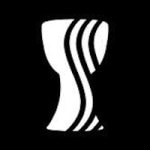 Simon & Schuster announced this week that they are taking a tepid half-step towards releasing DRM-free ebooks. According to PW, S&S’s newest SF imprint will be releasing its ebooks DRM-free.

Saga Press, which is scheduled to publish its first books next spring, is described by S&S as "an all-inclusive fantasy and science fiction imprint publishing great books across the spectrum of genre, from fantasy to science fiction, commercial to literary, speculative fiction to slipstream, urban fantasy to supernatural suspense." This blandly generic SF imprint was announced in February of this year and has 4 titles scheduled for the spring launch (more details at tor.com).

"The science fiction and fantasy community were early adopters of electronic formats, and have enthusiastically embraced DRM-free content while showing great respect for authors’ works under copyright," said Joe Monti, executive editor of Saga. "In launching our imprint, we are pleased to offer this convenience to our readers and test the waters of DRM-free publishing."

Color me underwhelmed. When I first read this story I was all set to say nice things about S&S for considering the idea, but as I lined up all the details I came to realize what a slow and ponderous dinosaur they are.

They’re going DRM-free with 4 titles which were acquired in early 2014 but not published until over a year later? By modern digital publishing standards, that is positively glacial. I know of authors and small publishers which would had those 4 titles out in 4 months, not a year later.

While I’m sure S&S was hoping to look "with it" by testing DRM-free ebooks, all they’ve really done here is to show just how behind the times they really are.

Do you know what I think they should have done?

Take one of their major imprints, for example Pocket Books, and released those ebooks DRM-free. Now that would at least be a strong move, albeit a relatively safe one. Macmillan already took this step with Tor Books a couple years ago with no known negative consequences.

Speaking of Macmillan, do you ever wonder why they didn’t follow up by going DRM-free in more publishing units? I used to think they were being overly conservative, but as I sit here writing this today I am beginning to wonder whether they did not see any positive gain from Tor Books going DRM-free, and thus had no reason to change their current practices.

No, The Sony Kobo Deal is Not a Model for Barnes & Noble’s Nook

I’ve said before in other venues that I believe too much emphasis is placed on the evils of DRM by tech writers and freedom of information folks. Surely, it’s not a good thing, but I feel that the majority of consumers don’t care about it or know what it is until they bump up against its restrictions. This has only happened in a relative few high profile cases, no where near representative to the amounts of people accessing and using digital content. While DRM does have its issues, in most cases the standard implementation of it easily fits into the majority of peoples' use cases for the digital content, so it has little effect on them. With ebooks, Amazon helped make DRM largely invisible to the end user, the same way Apple did with music earlier. Because of this, only people looking for DRM would notice if a book were DRM-free or not.

I agree with you in principle – that DRM done well doesn’t show up on most people’s radar – but I don’t think that’s really what we’re seeing in the world of eBooks. With the exception of Amazon, who control the whole environment in which their books are published, sold, and read, no current publisher can create a DRM system that doesn’t have the potential to go very wrong a few years down the line when the reading habits and device choices of readers change.

And that’s assuming that it’s working fine as is, which I don’t think is true. I personally have encountered some pretty serious problems with Adobe DRM as a casual user, as have several friends. A few months after I first got my e-reader, for example, I tried downloading a book from my local library’s lending service. I went through all the hoops and was able to read the book with no problems, but once the lending period on that book expired Adobe proceeded to lock the permissions on all the books on my e-reader (including other purchased books and out-of-copyright stuff from project Gutenberg). I had to reset the ereader to factory defaults and reinstall everything manually. When I tried to do the same thing again a few months later, exactly the same thing happened.

Even a smallest step towards DRM free worlds is a great.
I’m not a tech writer or a freedom activist, just a person with a shred of common sense. 99% of people not bothered by DRM are simply ignorant of what they are getting themselves into.
I recently offered a coworker a $10.00 voucher for a free e-book (Baen Books let’s you give away one for every bundle purchase) and when I asked if she wanted an e-book she kept repeating iBook. Took me a while to figure our that Apple is her ghetto, just like Amazon is for a lot of people. It’s simply all they have ever known, and they never bothered to leave their block and see the world.

That is one crappy logo. 🙂

Yes. I’m still not sure what it is supposed to be, but at least it fits with Saga’s blandly generic focus.

It’s a chalice. With three S’s on it: Simon, Schuster and Sage.

Because nothing says Science Fiction like a leaky chalice. 😉

>> I’ve said before in other venues that I believe too much
>> emphasis is placed on the evils of DRM by tech writers
>> and freedom of information folks. Surely, it’s not a good
>> thing, but I feel that the majority of consumers don’t care
>> about it or know what it is until they bump up against its
>> restrictions.

It seems as though you’re saying that DRM shouldn’t be an issue because people don’t understand about DRM don’t care. That doesn’t seem like much of an argument.

I think another side of DRM is that it makes ereaders complicated enough that a lot of people would rather not get involved with them.

I was in an audiobook forum for over a decade and I can’t count the number of new participants who tried out audiobooks but found them too complicated and gave them up. Probably 3/4 of the new participants in the forum gave up in the first couple of months.

With ebooks it’s a bit easier since the technology has improved a lot but I read ebook forums every day and I still find a lot of people with a lot of problems, most of them resulting from DRM and it’s restrictions, who give up.

DRM is not good for readers for a lot of reasons. I can’t speak for publishers but my guess is that it’s not good for them either, except to slow the transition from paper books to ebooks. I suspect that’s the primary reason for DRM and that protection against pirates is secondary.

As for S&S, i have to agree this is a pretty timid DRM free trial but it is a trial and that’s a good thing and I think that’s the story, not that they aren’t doing what we really wish they’d do.

I’m not saying that it’s an issue, what I’m remarking on is the opinion I usually see in the tech press that eliminating DRM will be a panacea for the issues that are ailing digital publishing. How many arguments have we seen that said that if publishers didn’t insist on DRM, Amazon would not hold the power that they have. I argue that DRM is merely an issue to publishers now because they find their markets deeply-intertwined with Amazon because of it. The large market Amazon has built will not be weakened significantly by the removal of DRM because it was built on other factors – largely price (the famous $9.99 for bestsellers), ease of access, customer service. I believe that most people will not generally go to other ebook stories, even if they could, because they can get almost everything they want from Amazon without working. The same is true for people who buy music for their Apple devices – they do it through the iTunes store because it is the easiest and most convenient. Inertia and the sense of the familiar are far more powerful factors to fight against than DRM is.

So Sage will publish books in the Commercial Fantasy genre?

That is a ridiculously small sample size. I guess if sales are "brisk" for these 4 titles (seriously why only 4 titles?), it’ll bring more DRM-free eBooks to the party but why wouldn’t Simon & Schuster go with Humble Bundle or StoryBundle to help their experiment along way better? Ehh, whatever, DRM-free is DRM-free, even if I’m personally not interested.