Wolters Kluwer, via their law publisher subsidiary Aspen, has come up with a new scheme to discourage law students from reselling their legal casebooks. According to Josh Blackman, a law professor in Texas, they are attaching a license to the sale of paper books:

I recently received a bizarre email from Aspen, the publisher of the Dukeminier/Krier/Alexander/Schill/Strahilevitz Property casebook I use. In short, the next edition of the book will be have to be returned at the end of the semester, and cannot be resold. This temporary usage comes with a permanent digital version. In effect, buying the textbook gives the student a license to use the book for a single class, as well as a digital version. And it’s the same price! Of course, students are not going to actually return the book (BarBri offers a payment to incentivize that), but the book stores will not be able to legally resell it. This will instantly dry up the reused market for casebooks.

He goes on to quote the email he received, which says in part:

• A new, bound version of the casebook, which can be marked-up, highlighted, and kept through the length of the course, but which must be returned to us at the conclusion of the class.

• Lifetime access to CasebookConnect, a rich digital companion to the casebook, containing a full digital version of the casebook as well as selected proven learning accelerators, such as examples, explanations, and a collection of issue-spotting and hypothetical exercises

This almost certainly won’t stand up in court, but you have to give Wolters Kluwer credit for a novel attempt at rewriting constitutional law (and for using law students as its victim).

The thing is, this is not the first time that a publisher has tried to attach a license to the sale of a paper book. It has been tried before, and in 1908 a lawsuit over a similar license led to Bobbs-Merrill Co. v. Straus, the Supreme Court decision which formalized the First Sale Doctrine.

Bobbs-Merrill Company sold a copyrighted novel, The Castaway by Hallie Erminie Rives, with the notice, "The price of this book at retail is $1 net. No dealer is licensed to sell it at a lower price, and a sale at a lower price will be treated as an infringement of the copyright" printed immediately below the copyright notice. The defendants, R.H. Macy & Co., purchased large lots of books at wholesale and sold copies of the book at retail at the price of 89 cents a copy.

That case is not identical with the trick Wolters Kluwer is trying to pull, but it is clearly close enough that it can be cited as a precedent. With that in mind, I don’t see how a student who buys their casebook online or via a college bookstore can be forced to give it up.

Sure, if the casebook is bought directly from the publisher it might be able to extract a contract from the student, and it is also possible the ToS for the website might also include a clause which would require the casebook be returned (and even that might not be enforceable; a student could simply refuse to use the site).

In any case, law students have a strong financial incentive to not go with the flow. According James Grimmelman:

Casebooks are a noticeable part of the cost of a legal education. Aspen casebooks now frequently cost upwards of $200. A student who used one in each of four classes a semester for three years of law school would spend nearly $5000 on casebooks alone. Students have quite understandably responded by turning to used copies—a practice Aspen now appears to be trying to stamp out. If it succeeds, the added cost will hurt students, schools, professors, and the legal profession. I hope that Aspen will reconsider this ill-advised move.

That’s a heck of a lot of money for a student, even for one who is already working a day job and going to law school at night.

Netflix Reminds us Why Downloads are Better than Delivery (video) 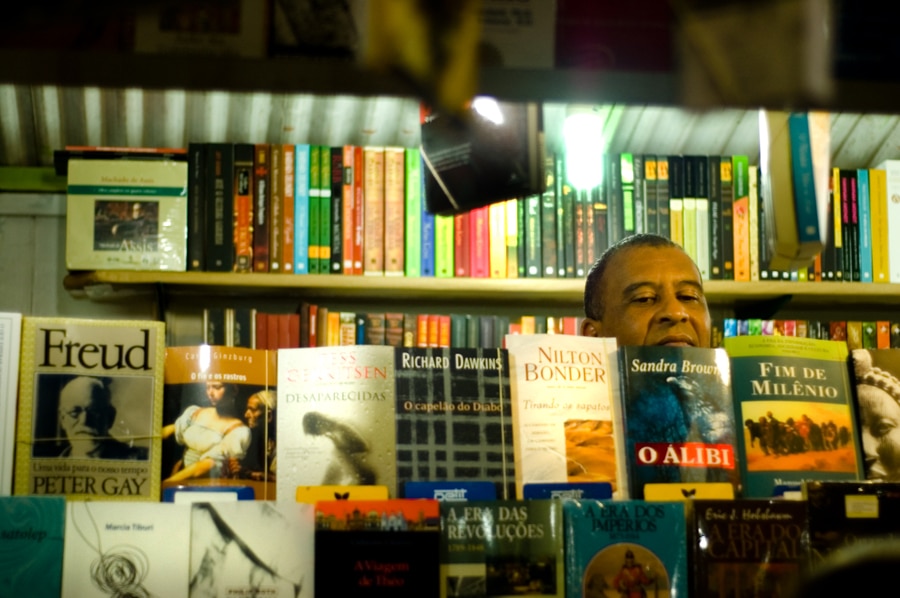 Evil publisher, no one should buy their books from now on

Just return it from (say) Australia or wherever you happen to be on holiday when the time comes to return it. The cost of them having to pay postage should stop them continuing with this idea.

According to the article, the students are "working a day job and going to law school at night." What are they doing on holiday in Australia?

Maybe they graduated?
But seriously, how are they expecting students to return them if they bought the books online? Is a "free postage from anywhere in the USA"-packet included? If it costs $200 it sounds as though it would be heavy.

They could be planning on having the bookstores collect them, but I don’t think that would work. If I ran the bookstore I would "lose" the casebooks and resell them.

[…] From the Digital Reader: Can you apply the first sale doctrine to paper books?  […]

Look at the bright side, maybe jacking up the cost and difficulty for law school will mean fewer lawyers in the future!

That is a silver lining, yes.