The Scholarly Kitchen Joins in on the Amazon Bashing

It’s a sad day in the blogosphere. The Scholarly Kitchen, a blog that used to be known for the merit and quality of their posts, joined in the Amazon bashing earlier today.

There’s a new blog post on TSK today that claims, using poorly researched, poorly reasoned, and factually incorrect arguments that the Apple Ebook Ruling is a Loss for Publishers, Authors, and Readers.

I have gotten several requests on Twitter to debunk this post, which I am more than happy to do.

Let’s start in the third paragraph:

Amazon (who is at the crux of this story) sells ebooks under the wholesale model. This means that they can set prices as they wish, usually at $9.99. They can sell the title for $9.99 even if their agreement with the publisher stipulates that they must pay the publisher a royalty of more than $9.99.

Yeah, that’s simply not true nor has it ever been true. Repeating an urban legend doesn’t make it any less false.

Meaning, Amazon chooses to lose money on many of the books it sells, a fact documented in the Department of Justice’s (DOJ) suit (see page 17 of the ruling).

What the blogger fails to mention is that the ruling mentioned also notes that Amazon also consistently made a profit on ebooks. See my post on loss leaders for quote and a link.

Here is the catch. Some books are niche titles, such as those published by university presses or other independents. They don’t sell enough copies to recoup their costs at $9.99.

Except that Amazon has never sold niche titles at $10. Also, even if Amazon had sold them that cheaply under the wholesale model the publishers would have recouped their cost while Amazon lost money.

Other books, such as those by bestselling authors sold by larger publishers, can command high prices that are needed to offset the losses such publishers incur on other titles. This is why different books have historically had different prices and why niche titles and blockbusters (at least when the first come out) often cost more.

Which is why Amazon sells a few ebooks for $10 and others for more than $10. Don’t believe me? Go check; I’ll wait.

But because Amazon chooses to sell an ebook at $9.99 (or whatever price they like), the ebook can’t be sold anywhere else for more.

Yeah, that’s simply not true. See my takedown of the Salon piece from last week for a detailed explanation.

Who is going to buy the ebook for $19.99 via the publisher’s site or Barnes & Noble or anywhere else when they can get it via Amazon for $9.99?

Answer: People who don’t have a Kindle or people who already buy most of their ebooks elsewhere by intelligently taking advantage of sales (Amazon doesn’t always have the lowest price).

Amazon is selling the book below cost to forestall competition in ebook distribution.

If that were Amazon’s goal then it was an utter failure. See my post on loss leaders for an explanation.

Jobs therefore knew this game well and knew he had no hope of competing against Amazon in ebook distribution as things stood without touching off a price war and losing money on every sale (which he could have afforded to do but that just isn’t how Jobs rolled). Jobs needed to change the playing field.

Nope. Apple didn’t have to have an ebookstore.

The thing about Apple is that they don’t care if they sell much content via iBooks and iTunes. When it comes to mobile, Apple makes most of their money selling iThings, not the content consumed on them. I’m surprised how many people forget that.

Five of the so-called “Big Six” trade publishers (Hachette, Penguin, HarperCollins, Macmillan and Simon and Schuster) agreed to Apple’s terms (Random House was the only large publisher who did not participate at the time of the iPad’s launch). The publishers then went back to Amazon and used the deal with Apple, and the hype around the new iPad, to pressure Amazon into accepting an agency model on the same terms as Apple, ceding more pricing control to publishers (and the free market).

The bold section contradicts itself by confusing basic concepts of economics. Let me explain using terms from Economics 101:

When publishers order sellers to set prices we have a command market, not a market where sellers are free to set their own prices.

The conspiracy comes in when Apple and the 5 publishers were discussing each other’s negotiations (see the email records). That makes this less 5 publishers in negotiation with Apple and more a collaboration between 6 parties.

To put it simply, a bunch of competitors were jointly discussing how they might all set the same market prices. How is that not an anti-trust violation? It sure as hell looks like one.

Due to browbeating by the Department of Justice and fear of a protracted suit and punitive fines, all five publishers settled out of court and agreed to reinstate the wholesale model with Amazon for at least two years. …

What this means is that anyone wishing to enter the ebook distribution space will face an ebook pricing war against an entrenched competitor that is willing to sell at a loss, propped up by a seemingly limitless supply of cash from investors who do not seem to care about margins so long as market share is growing.

It’s been some 10 months since the first agency ebooks went wholesale. When is that ebook pricing war supposed to start, exactly?

It didn’t start that day, that’s for sure. Ask anyone and they will tell you it hasn’t started yet. In fact, Penguin ebooks went off agency today, and Amazon isn’t offering many huge discounts.

Update: I’ve just done my own spot check and Amazon almost always had the lowest price. Only a few of the discounts are more than 10% to 15%, though, and many titles are priced above $10.

The result is likely to be an ebook market (at least in trade publishing – professional and scholarly publishing is a different matter) with little innovation – why would anyone bother? Not only must a new entrant invest in new technology, negotiate complex, multi-national rights agreements with publishers, and market their new product to consumers, they must then slog it out in a price war.

The problem with this argument is that it ignores the possibility of innovation from anyone other than traditional retail channels.

Never mind alternative business models like rentals; this argument fails to factor in the ebookstores that have been launching in the past year or so that are based on novel book discovery concepts. If that’s not innovation then I don’t know what that word means.

In case anyone thinks that this is overstating the bleakness of the situation, I direct you to the recent departure of Barnes & Noble’s CEO, William Lynch, a former Palm executive who was brought into the company to grow their reader business, in what Reuters called “an acknowledgement that its digital division Nook has failed to compete successfully in the e-reader and tablet markets“. Furthermore, after reporting that Nook sales dropped 34%  last quarter, the company announced it was pulling the plug on its hardware division.

The problem with pretending that B&N’s troubles are all the fault of Amazon is that the Nook was a troubled platform a year ago – you know, when agency pricing was supposed to protect everyone from evil Amazon.

Do you think there’s a chance B&N might be to blame for B&N’s troubles?

This view of Amazon’s strategy is shared by publishers as evidenced by the recent Penguin/Random House merger, completed just last week, which reduces the Big Six to the Big Five. The primary motivation for the merger is reportedly to establish a publishing house with enough size to have leverage with Amazon. More mergers may be yet to follow. And while such consolidation may indeed improve the publishing industry’s leverage with Amazon, there are consequences for readers as Boris Kachka observes in an op-ed in the New York Times. These may include lower bids on author manuscripts, few options for authors, more homogenized titles (you think there are too many vampire novels now), and a even greater focus on genres and blockbusters.

Yep. Amazon held a gun to the heads of Penguin and Random House and forced them to merge.

The piece goes on to repeat itself in the conclusion, but I see no reason to refute it again. There’s absolutely nothing of merit here. 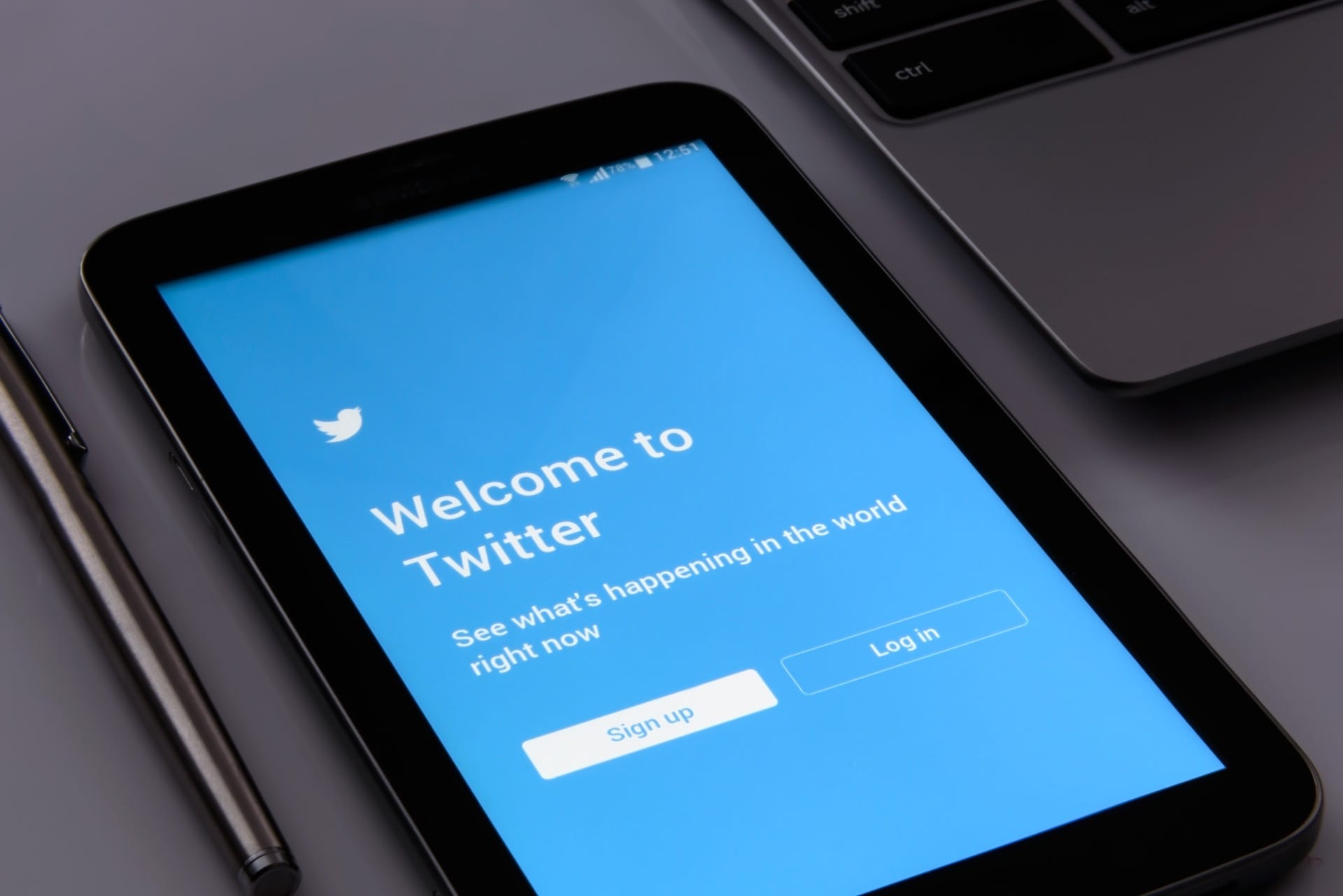 The reality is most people don’t want to see reality in publishing. Amazon is the bad guy and that is that. Not one’s own poor business practices; inability to adapt and use new technology. Nope, it’s always someone else’s fault.

I agree. Too many publishers are focused on keeping a smaller and smaller piece of the pie, rather than trying to grab a bigger slice through innovation. Amazon is a convenient punching bag and distractor from them getting caught with their hands in the cookie jar.

If anyone is the bad guy it’s the publishers and Apple who would rather conspire than innovate in an industry desperate for it.

If only you and everyone who agreed with you understood more about publishing, your post wouldn’t be written this way. /sarcasm

"They don’t sell enough copies to recoup their costs at $9.99"

Speaking of basic economics…a lower price generally ought to result in more copies sold. There are exceptions, but I doubt they apply to niche titles.

I’ve been wondering whether any changes are in the works at Smashwords, by the way. They are or were in favor of agency pricing ((http://blog.smashwords.com/2012/03/does-agency-pricing-lead-to-higher-book.html and http://blog.smashwords.com/2010/11/smashwords-puts-authors-and-publishers.html), and I’ve wondered (with no particular basis except that Google prices books as they please) if that’s why they don’t push books out to Google Play.

Everyone is speculating right now, and this blog is no different. So bashing Amazon or not, no one has the whole truth. Not even Amazon can predict if they ebook dominance can go back to the way it was. Apple will get a slap on the wrist and publishers will lay low for 2-yrs.

The only thing is certain right now, is that we can expect to see job cuts pretty soon in publishing. So brace yourselves, it’ll be a bumpy ride.

Yes, mergers always result in job cuts.
But not among the golden parachute crowd.
It goes all the way back to the 80′ s…

I don’t understand how the original article could say what they did as truth as far as pricing. I buy both "on the shelf" books and e-books from Amazon quite often.