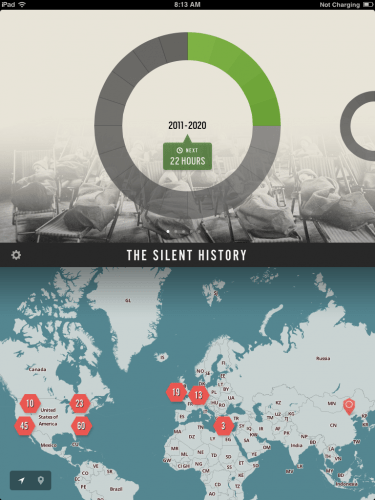 There’s a new ebook app in iTunes this week which as been getting a lot of attention this past few weeks. The Silent History is an SF title from the startup publishing house of Ying, Horowitz & Quinn. It tells the tale, in (near) real time, of a generation of silent children who seem to lack any ability to recognize language.

The Silent History was only released a week ago and since it is being published serially over the next year I cannot actually post a review yet. But as I used the app over the past few days I developed a better understanding about what existing types of content were used to make this ebook app, and I also refined the questions I was trying to answer.

The thing is, I don’t think much of this ebook. It’s an interesting read but I don’t see what is really all that new or innovative about it – aside from the detail that it pulls together several existing types of content.

And since I was disappointed with the ebook I tried to explain it to myself. I failed, and that forced me to take a step back and rethink the questions I was asking. This turned out to be a very good thing.

I came up with 3 questions which should be asked anytime you are evaluating a new and innovative ebook; they will help cut through the hype. At first glance they are rather obvious, but writing them out like this makes it easier to answer them.

The answer to the first question is simple. The Silent History integrates 3 types of content into the app. The first is called Testimonials. These are short stories framed as first-person accounts. Some characters will appear once, while others will continue to show up as the ebook progresses.  The accounts are spread over a 30 year period between between 2012 and 2043, and it looks like they will be released in chronological order. The Testimonials are going be published in 6 monthly installments over the course of a year, with a month spacer in between each installment. The app is only a week old, so I only have a fraction of the testimonials.

The next type of content in this app are the Field Reports. These are location specific stories which can only be accessed when physically present at a location. And the 3rd type of content are the user submitted Field Reports, which will be similarly location-restricted.

There is also a prologue which includes an introduction Testimonial by one of the characters as well as a teaser video.

As for the second question, when you look at the bald descriptions of the content it becomes pretty clear that none of it is new. Serial publication of a story is an idea well over a century old and has been used in one form or another every day for the past 80 years or more. (Think comic strips.)

It’s a commercial idea which was widely used by Charles Dickens and has also been used by SF magazine publishers, in comic books, and more. Stephen King would be one well-known example, having serially published The Plant on 2000. And if you want to stretch the term slightly, you could even point at some book series like Harry Potter which form a single coherent story arc and call them a serial publication.

And the multi-person viewpoint is another well established trick used successfully by any number of authors.

Now, the Field Reports might strike you as new, but that would only be the case if one ignores that self-guided tours have been around decades (if not even longer). And the same goes for the user submitted Field Reports; Wikipedia has been accepting use generated content for over a decade and fan fiction is even older.

Now that we understand what content is in the ebook, the remaining question is "How does it add to the story?"

That I cannot answer yet. There aren’t enough Testimonials yet to evaluate the writing quality or the emotional impact, and given that there are no Field Reports near me effectively they are no more than dots on a screen.

To be honest, I don’t think this ebook can be adequately reviewed until it is at least half done. We need time for the story to develop before it can be critiqued. And given that a good part of the content could end up being submitted by users, that increase is an aspect which will need to be watched as it happens; it cannot actually be adequately discussed for some time.

If you want to try the app for yourself, you can find it in iTunes. The app is free, but the story needs to be purchased. You can buy the whole thing for $9 or a single installment for $2. There are plans to eventually release an Android version, but no date has been set.

And if you would like to learn more, check out the website for The Silent History. There’s a trailer as well as links to past news coverage. 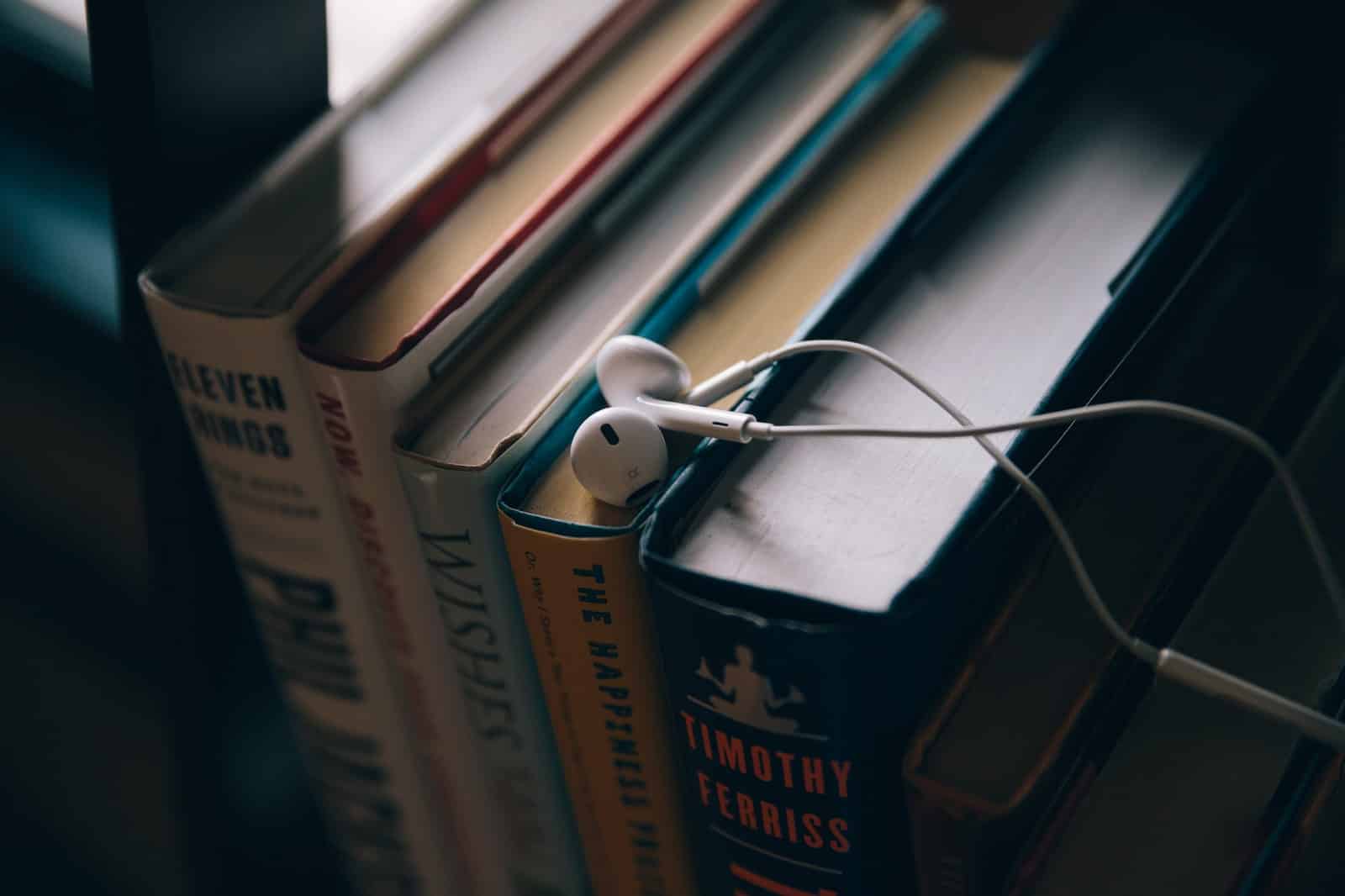 Lenovo IdeaPad A1107 Roundup of Reviews

I’ve now read at least a dozen of the "Testimonials" and I have to say that I’m intrigued. It’s good writing, and I’m getting drawn in.

However, living in Canada, I’m incredibly frustrated by the field reports. I’d assumed that it would fake some stories near me, and I could read some. But nope. I would need to fly to San Fran to read the nearest one to me. So a pretty big disappointment for a kid like me who lives in a non-major centre.

I’ll keep on reading the testimonials and see where the story takes me though. Agreed that it’s not really a new concept, other than combination of the serial stories and the geo-located content.

[…] hope there is an option to change your location in the menu; that would be an improvement on The Silent History, an ebook app which tied certain parts of the story to specific locations around the […]

[…] Just so you know, Arcadia is a free ebook app which was widely profiled this summer, including in The Guardian, and The Silent History got even more attention when it was published in 2012. […]