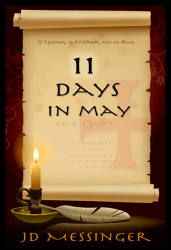 A press release crossed my inbox this morning talking about a new gimmick which can be integrated into ebooks.  While at first glance it looked like one of the worst ideas of 2012, there’s a potentially useful innovation buried beneath the marketing drivel.

The press release heralded the launch of a new book, 11 Days in May. The book is a spiritual journey, so it has little interest to me.  But the ebook edition was produced via Vook, and in addition to the embedded videos the Vook edition incorporates a new interactive component that I had not seen before. It’s called WeJIT, and the developer Democrasoft is pitching it as having enabled:

the world’s first two-way interactive e-book, which features a new technology that allows real-time author and reader-to-reader dialog and collaboration from inside an e-book.

With WeJIT the author (or anyone) can create a discussion point on a given topic, and it will exist as a persistent webpage with a URL. Other users can respond to the topic with their own opinions, links, and more. While that sounds like virtually every community site, the one thing that sets this idea apart is that it can be integrated into ebooks. A total of 32 discussion points were embedded in this ebook. 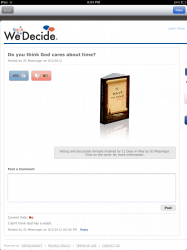 You can see one of the discussion pages in this screen shot from my iPad. (Click to enlarge.)

Now, I went into this thinking it was one of the most poorly conceived ideas I had ever seen incorporated into ebooks. I like to read after midnight, so there’s really no chance that the author or most of the other readers will be online and interested in discussing the book. As described in the press release I thought the idea was worse than animation, worse than augmented reality, and was likely developed by someone who kicked kittens.

But then I started reading the debate points and I changed my mind. While I still don’t think there’s any value in real-time discussion, if the comments left by readers are persistent then they might be worth going back to later – much later.

Ignore the real-time aspect; that’s unworkable. Instead I think the real value of this embedded content lies not in the immediacy of the interaction but in what readers add over time – years, even.

Think of it as marginalia.

Old books sometimes accumulate notes from owners, and as they get passed from one to the next we sometimes even see new comments responding to older ones.  With WeJIT, we might be able to duplicate that idea inside ebooks.

A history ebook could have new comments added over the years which reference events that happened after the book was published or new interpretations of past events. A science textbook could benefit from links to recently published articles that refute or dispute the content of the book. And a novel might pick up explanatory footnotes from the author when she responds to reader comments. (I would love that 0ne.) You could even have the authors add corrections to printing errors (though I suppose that’s not nearly as important for ebooks) or addition explanations that grew out of later work. Or fans could add background details that the novel’s author mentions during interviews at cons.

While all the examples include info that you might find elsewhere, having the content accessible from inside the ebook adds value.  You might even have the author maintain a website that offers all the same extranea, but it won’t be as useful as being able to access it from inside the ebook.

If I knew that the digital marginalia was still available for a given title, that would make me more likely to buy the ebook. In the past I have bought the enhanced edition of ebooks just to read the author’s footnotes. This could be 10 times as good, and it might even get better over time.

But do you know what would make this idea even better? I’d like to see it integrated with an existing reading community. This would give the ebook access to all sorts of user generated comments.

Of course, by the time you added reader feedback and added background material, you’d end up with something similar to what Amazon already offers on the Kindle. That platform already has shared notes and highlights, and it has X-Ray, which is based on background material drawn from Shelfari.

Perhaps WeJIT is not all that innovative after all, but I think it offers a couple useful aspects which aren’t accessible on the Kindle platform. The discussion points are discrete pages, not just text embedded in the ebook. They feel linear and thus more like a conversation than simply a jumble of random notes. At the very least WeJIT is worth a second look. I think publishers should consider which ideas they might be able to incorporate using the tech they already have. There’s value here. 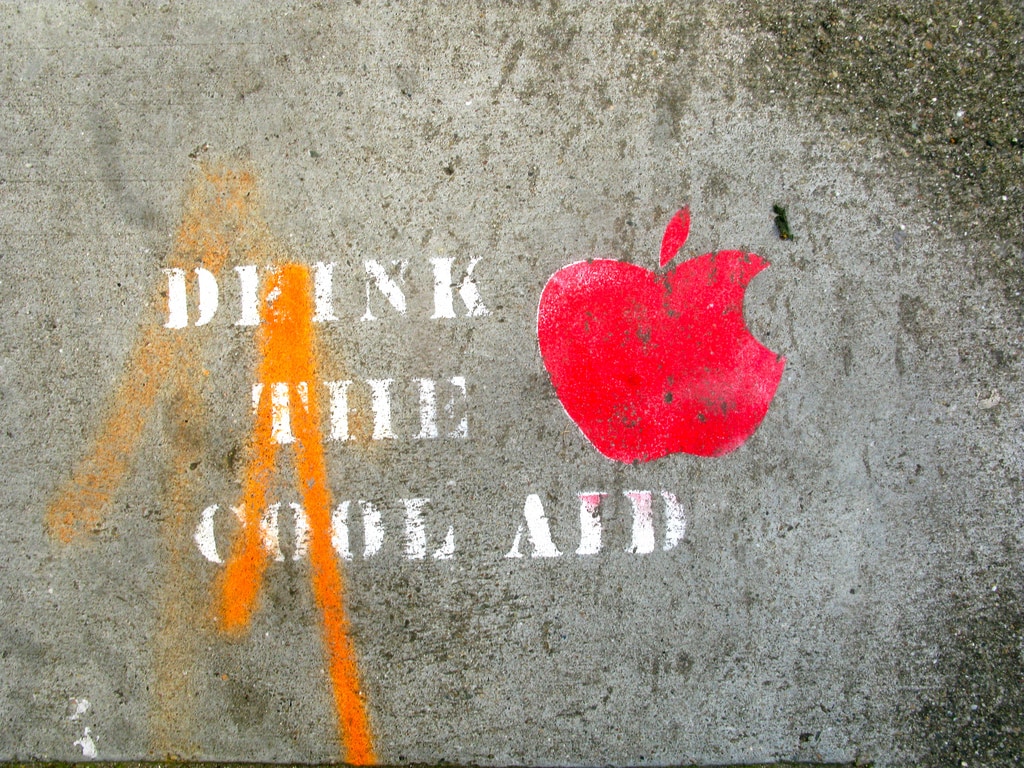 Apple Should Get Serious About eBooks, And Other Navel-Gazing

Zzzzz. Ted Nelson’s Project Xanadu envisioned this decades ago. And when you stop to think about it, the worse it becomes. You’ve seen Comments at MSM news sites. Now imagine the "interactive marginalia" being NOTHING BUT low-IQ shit like that. And spam. And pr0n. And memes. "Interactive vandalism" is more like it.

That’s where curation by the author could come into play.

We have been shipping a better version of this idea for some time now..

See the dozens of conversations atTheCopia.com

And does your better version work from inside the Kindle edition of the ebook?

[…] these little standalone web pages and how they can be inserted in blogs, e-mail messages, even in e-books, creating conversations, polls, and requesting ideas in what is normally one-way communication, […]

[…] these little standalone web pages and how they can be inserted into blogs, email messages, even in ebooks, creating conversations, polls and requesting ideas in what is normally one-way communication, […]