Will the New Kindle Unlimited Expansion Cause Another Dip in Author Payments?

An author earns a share when a KU subscriber accesses their book from Kindle Unlimited and reads more than 10%. That’s the same system which Amazon has been using since it launched Kindle Owner’s Lending Library in late 2011, but with the launch of Kindle Unlimited in July 2014 the situation took a turn for the worst.

As you can see from the following chart, Amazon’s payments to authors dipped with the launch of KU, and continued to drop in the following months:

The average payment reached an all time low in October, before creeping up to $1.39 in November and $1.43 in December as Amazon added additional funds to the pool. (There’s no info available for January at this time.)

With the expansion into Canada and Mexico today, there’s a concern that the payment will dip once more, reducing author earnings yet again.

Authors are already commenting on the previous dips, including Morris Rosenthal of Foner Books, who explains why this is an issue:

My own income from the Select program has fallen sharply since Kindle Unlimited was introduced because I haven’t seen enough of an increase in downloads to compensate for the lower royalty. Most of my Kindle books are priced at $0.99, so at least I’m not hurt by cannibalization – I’d still prefer a $1.39 borrow to a $0.35 sale.

But many publishers whose books are all priced at $2.99 or above have seen a drop in income, as readers who would have purchased a book, resulting in a royalty of $2.00 or more, now read it through their Unlimited subscription, resulting in a lower royalty. If those authors don’t see a substantial increase in readership due to the free availability of their books to subscribers, the result is a net loss.

With 750,000 titles, Amazon clearly has not run out of ebooks, but as the payment drops indies might respond by pulling their longer and more expensive works. That could result in Kindle Unlimited being filled by short stories, serials, excerpts, and other short works.

Is it possible that a subscription ebook service can thrive when focused on short works?

Check out my new blog 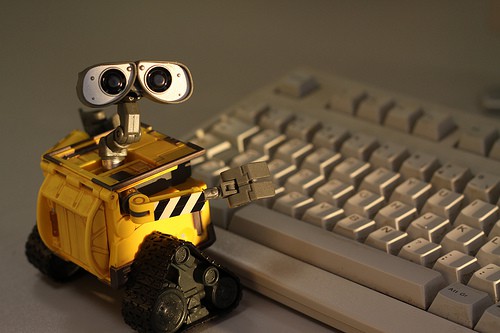 What the Report on Peru’s OLPC Program Really Means

"Is it possible that a subscription ebook service can thrive when focused on short works?"

Not when Amazon is paying out more than list price for them. That’s a loophole many savvy authors are exploiting (sadly many scam authors too, with scam works) but the direction of most indies is clear. Pulling higher-priced titles an flooding KU with low priced and short works.

Having been penalised for years by Amazon for offering the readers a bargain price, with Amazon taking 65% of list price for titles priced below 2.99, its great that authors can finally get a decent return. Almost worth paying the exclusivity price for.

But for readers, already faced with less choice and fewer titles than the two main rival subscription services, the appeal of KU must be lessening.

I have got a couple of short story collections and about a dozen short stories in KU and my collections continuously receive the most borrows. I think that whole "shorter work and a whole lot of borrows" practice only works for the industrious smut writers who are used to their customers just needing about fifteen minutes worth of reading or so! 🙂

I can’t see how the program will succeed unless it’s in the benefit of the authors. Unless they have no alternative. I fear Amazon have thought that one through.

It really makes no difference to a KU subscriber if they download a 200 page book in a single file or five 40 page files. Same cost to the reader. But more revenue to the author. Reminds one of the early days when many novels were serialized in newspapers and magazines. Not a problem for readers and beneficial to authors. The subject is ebooks, books in general, and it’s a pity that too many people focused on marketing and business models are not great readers or authors themselves–outsiders looking in through tinted eyeglasses and too often not understanding what books are all about and why people read them.

[…] Will the New Kindle Unlimited Expansion Cause Another Dip in Author Payments?: Kindle Unlimited is expanding into Canada and Mexico, and this could hurt the profits for the authors especially with the previous dips in payments. […]