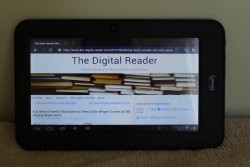 There are many many budget tablets on the market,  all with about the same specs and performance. Given that there’s not much to distinguish them (other than appearance), about the only way to choose among them is whether you can install Android Market and how well a tablet can run the apps you need.

This particular  tablet just arrived on the market this week, and as part of my plan to install Android Market on all my tablet I immediately tried my usual easy to follow instructions for installing Android Market. They worked. 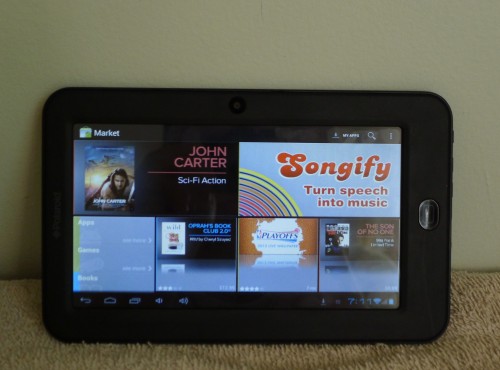 Like the numerous other tablets I have hacked, installing Android Market was a straightforward process. All I did was repeat the steps listed in this post. It didn’t go quite the same way but the process achieved the goal.

Update: Does your tablet run Android 4.0 or above? Are you feeling lucky? Then you might want to try to install the file labeled “JB Play Store”. This is a later version of the Play Store.  It only runs on Android 4.0 and above, and it doesn’t always work, but if you can successfully install it you will have a complete version of Google Play.

I have Aldiko and the Google Apps installed and they work fine. Note that I don’t have the Google videos working on the tablet and I have no way to test it due to the simple fact that I don’t buy my videos via Google Play.