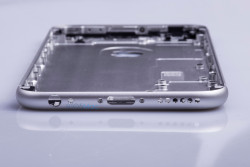 As the summer approaches its peak, the tech blogosphere has turned its attention to pondering what Apple will release this fall. Yesterday Apple’s supply chain obligingly satisfied our curiosity.

9to5Mac has a posted a gallery of photos showing what is very likely the next iPhone. They’re calling it the iPhone 6s, and they say that the new model will look almost identical to the current one when it arrives this fall and that it will feature a few key differences internally.

The new shell is showing different mounting points for internal components, but externally it will have the same width and thickness, and have all the buttons and slots in the same locations as the current model.

Edit: Speaking of internal components, the logic board for the new iPhone has been made public. It sports Qualcomm’s MDM9635M chip, and will be more power efficient and offer LTE speeds twice as fast as on the current iPhone.

The new model is also rumored to have a pressure-sensitive touchscreen, but there is no evidence of that here. 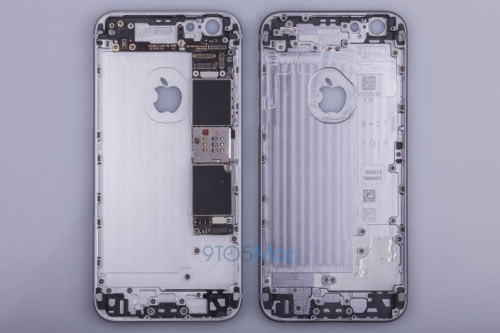 The new iPhone will likely be shipped this fall, either in September or October. It will likely arrive along side iOS 9, although one might proceed the other.

There’s no word yet that either of the devices I am interested in will be shipped this fall, however.

I’m interested in a refreshed 4″ iPhone (to satisfy those who don’t want a phablet) and I also really want to see a new iPod Touch with either a 4.7″ or 5.5″ screen.

I don’t need the phone part of an iPhone 6 plus but I do like the screen size and would like the option of what would effectively be a 5.5″ iPad. I think it would be nifty. Expensive, but nifty.