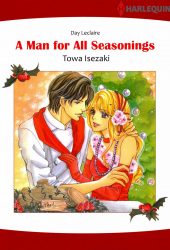 Comixology announced on Tuesday that it was adding twenty Harlequin manga titles to its $6 a month unlimited reading service, which launched in May 2016.

Romance publisher Harlequin has been publishing manga through its Japanese sub, Harlequinn KK, since 2008 in a partnership with Ohzora Publishing. Dark Horse began republishing some titles in English in 2005, and Harlequin took over distribution the following year.