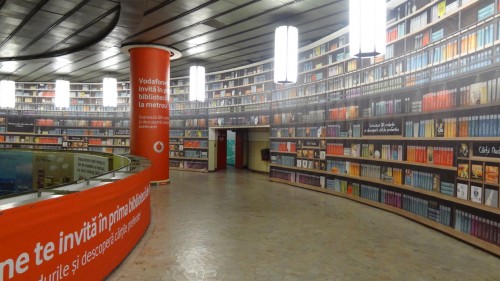 I’ve always been a fan of libraries, whether they are built into the flatbed of a truck in Mexico D.F. or whether they’ve grown to cover the entire city of Klagenfurt, Austria. Today’s library can be found in Romania, where Vodaphone has converted a subway station into a digital library.

Throughout the month of October, riders who visit the Pia?a Victoriei metro station will be able to scan QR codes and dwonload ebooks and audiobooks. This project, which was launched in collaboration with Editura Humanitas, offers readers samples of 49 ebook titles in Epub and PDF as well as 10 audiobook titles. You can find the ebooks here, The selection is a mix of original and translated works. 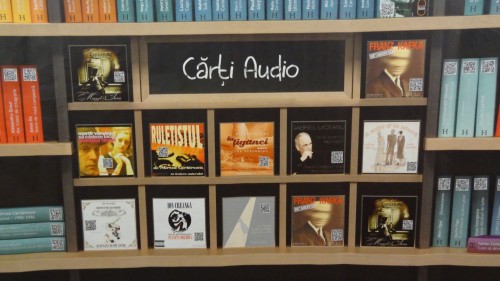 As clever as this idea is, it is really nothing more than a marketing ploy. I think it would have been better served if they had offered free public domain titles instead of a limited number of samples. Now that would have had a positive effect by getting people to read.

Indigo Would Make A Great First Partner for Barnes & Noble

In Mexico City, in the subway (Metro), there’s a digital library too. They open this library the 9/11/12.

I forgot to say this, but Thanks!

I’m from Romania. Sadly this is available only in the capital city of Romania (in Bucharest). I’d like to see this implemented on a larger scale. People tend to read a lot in the subway and QR codes are both great advertising and a way to get free books. Everybody’s happy.

The idea is very good. But it’s just a marketing idea. And I think it would’ve been much more successful if there very free books from public domain.

[…] A Romanian subway station was converted into a digital library. […]

[…] few days ago I posted some details on a new digital library launched in a subway station in the capital of Romania. That project wasn’t so much a digital library as it was a […]