The aggregated revenues (from 1,209 publishers) for the trade book segment totaled $5.86 billion in the first ten months of the year, up 4.3% from $5.61 billion in the same period of 2014. The kids/YA category showed the most growth, increasing by 21.6%, while the adult category continued to dip by just under a percent and religious presses grew by 1%.

Within the growing kids/YA category, all formats continued to experience double-digit growth; compared to the same ten month period last year,  the greatest growers were ebooks at 47.8% and Board Books at 36.6%.

In terms of formats, paperbacks showed a surprise revival, with revenues growing by 7.2%. eBooks continued their solid albeit stolid growth, growing by 5.3% to $1.32 billion, while hardback revenues increased by 1.1%. 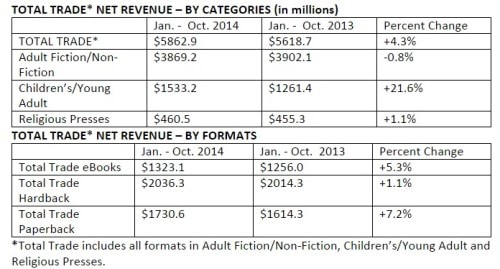 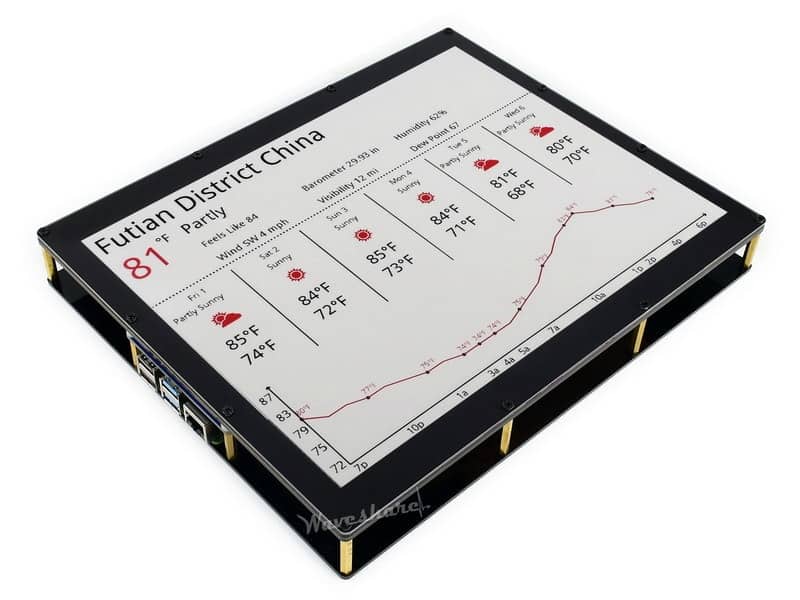