If you’re still trying to choose between a Paperwhite and a Voyage, here’s something that might help make up your mind.

I just got an email from Kindle pr with the confirmation that the Voyage doesn’t support Kindle Active Content, and it will not be getting support any time in the future.

For those just tuning in, Kindle Active Content is the clunky name that Amazon uses to describe apps developed to run on Kindle ereaders (and to be clear: Not the Android tablets). Amazon carries about 490 apps in the Kindle store, including 20 freebies, which can be installed on a Kindle – just not on the Voyage.

The apps vary from simple games like dots and boxes to more complex apps like the choose your own adventure type of book like Dusk World (or Coliloquy’s apps), crosswords,utilities, and there are even test prep apps.

None of which will run on Amazon’s flagship ereader, the Kindle Voyage.

The lack of app support was first noticed on MobileRead over the weekend, but at that time it wasn’t clear whether this was a new policy or perhaps the result of technical issues. The Voyage does have a higher resolution screen which could have affected the apps running on it, but it turns out that is not the case.

I was told by Amazon spokesperson Kinley Pearsall that app support would not be coming in the future, and that:

You’re correct that these apps are not supported on Kindle Voyage. We’ve heard from customers that they generally prefer apps on their phones and tablets, so our focus is on building the best purpose-built reading devices.

On a related note, rumors circulated last year that Amazon was going to shut down this program. It looks like that rumor may have been at least half true; the last new Kindle Active Content was added in late 2012 (according to the listed publication dates).

But the program isn’t entirely dead; I have been told that existing Kindle models, including the Paperwhite, will continue to support Kindle Active Content indefinitely.  Of course, that is no guarantee that a future update won’t break support for a specific app but I won’t assume the worst, either.

While we’re on the topic of apps on ereaders, Amazon is not the only one to come up with this idea. The Ukrainian ereader maker Pocketbook has a well developed catalog of apps for its ereaders, and there are also a couple Android based ereaders with E-ink screens. You can install Android apps on the Onyx T68 Lynx and the Icarus Illumina. Both run an open version of Android.

I never really liked the idea of running apps on my Kindle, but I do like how I can extend the abilities of my Illumina by installing Android apps. This is also one of the reasons why the T68 Lynx compared well to the Kindle Voyage in my review last week.

Alas, Amazon doesn’t think this feature is as important as I do.

What do you think? Will this affect your decision to buy a Voyage? 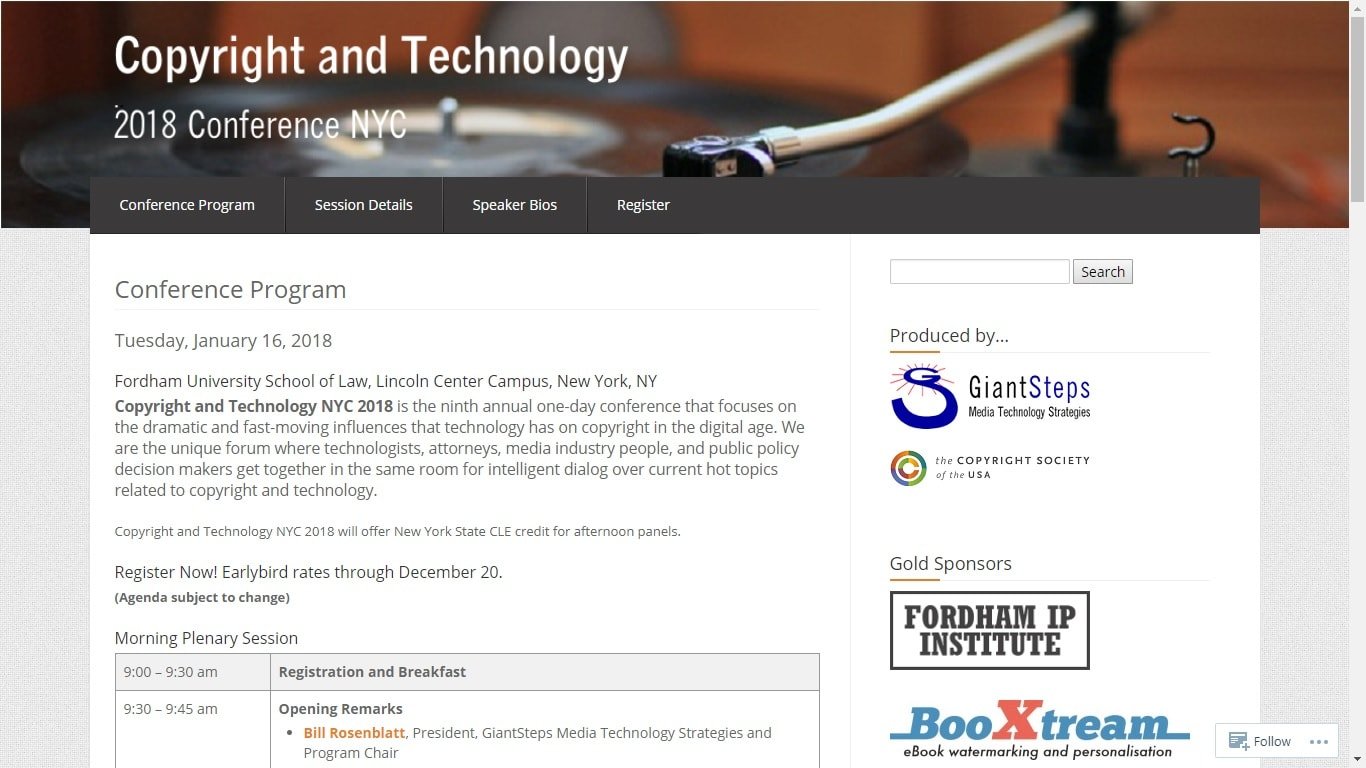 Register for Copyright and Technology 2018, and Get $100 Off

“What do you think? Will this affect your decision to buy a Voyage?”

Nope. As a matter of fact, that affects nothing for a lot of people as those apps weren’t even available in some countries…

Are those Android apps modified for eInk or not? Because it is super difficult to design apps taking eInk into account—ask the web people who happen to make the bookstores you browse from an eReader.

Oh yes, this is one of those programs that never made it outside of the US, isn’t it?

It’s been so long since I last wrote about this that I completely forgot about that.

As for the Android apps on E-ink, most have not been modified, no. But I have found that most web browsers work better than the browsers on the Kindle, Nook, and Kobo platforms. And by adding apps I can use RepliGo for graphic Novels, any of several Epub apps, and other reading apps like Logos.

I’ve never used Active Content on any of my Kindles. I’d much rather use the apps on my tablets.

It won’t factor in my decision at all. I played with them some when they first came out but haven’t looked at them since I got my first smartphone.

Never even knew that existed. Interesting.

I actually have an interactive fiction story available (Raven Noir), but I imagine coding it as an ePub/mobi was easier than trying to make it an e-ink app.

Your profile picture is insane.

No the apps are awful, eink readers are not tablets. I used a couple of apps on the Kindle 3 and after having a terrible experience, put them out of my mind. This is good riddance to bad rubbish.

The different reader apps you mentioned in the t68 vs Voyage comparison… those are valid and cool to bring up. Things like games not so much.

There is in fact a lot you can do with reading apps on Android:
https://the-digital-reader.com/2014/07/05/turn-t68-lynx-ultimate-ereadertablet-12-apps/

Speaking of that, were you not supposed to do a full review of the T62?

Yes. It got bumped. I’m writing it this weekend.

[…] to download any previously purchased Kindle Active Content apps on the Kindle Voyage, and Nate from The Digital Reader reached out to Amazon for an explanation. He got it: the Voyage doesn’t support these […]

[…] to reports, Amazon has decided not to offer Kindle Active Content on new ereaders moving forward. They feel […]

Today I learned that my Kindle can run apps.

While certainly not a major factor in purchasing an eReader, I do enjoy occasionally playing Thread Words, Every Word: Crossings, and Every Word. These seem to be great compliments to books on a reading device and provide a chage of pace.

I’m sorry to hear this. I enjoy chess on my Kindle Paperwhite. E-ink is fine for puzzle-type games that do not require animation (no doubt animation would be terrible on E-Ink, barring drastic improvements in E-Ink technology). And unlike chess on an Android tablet with an LCD screen, you can play in bright sunlight. You can sit at a park on a bright sunny day, passing the Kindle back and forth with a buddy playing chess (or play against the Kindle). With an LCD screen, you’d be straining to see the screen on a day like that.

If I upgraded to a Voyage, it would be annoying to have to get an Android tablet just to play chess, carry both around, and keep both charged. On the other hand, they are getting very cheap; Wal-mart’s Black Friday price was only $30, for a good one that my 11yo is enjoying very much.

I think a big problem with the program was that most Kindle owners were unaware of it. They should have included a couple sample puzzle games for free with purchase of the unit.

That would have helped, yes. And since Amazon already gave away the apps for free, there was no reason not to include them.

Except for the users who felt it was clutter, that is.

It will absolutely affect my decision to upgrade. I use active content all the time. Active content has made my paper white my favorite device.

It fits in my pocket, It stays charged for weeks, and I can read, surf the Internet, and play games on it. Just today, I was playing phase 10 while my kids played in a museum. My phone stayed charged in my pocket, and was ready for calls, rather than run down. My kindle hardly lost any power, even though I played it for hours.

I was considering upgrading, but after reading this I can tell you that I absolutely will not upgrade. Why would I pay more, for a less fully functional device?

It’s certainly true that animated games would be awful on E-Ink except perhaps for masochists, but there are good reasons for having non-animated games such as chess and checkers on E-Ink Kindles. When I’m playing chess on my Paperwhite, I stare at the non-moving screen as much as I do when reading. Chess on E-Ink is better than chess on LCD for the same reasons that reading is better on E-Ink.

With chess on an E-Ink Kindle, I can play chess on a bright sunny day at a park. With LCD screen tablet, it would be harder to see the screen and battery life would be an issue. It would be very annoying to run out of battery while playing chess at a park; my opponent might be very unhappy with me if he or she was winning!

Same goes for checkers; my kids enjoy that so I have it on Kindle to play it with them.

Rather than signing a petition, customers could email requests to [email protected] It would probably be more effective.

I just bought, and returned a new 7th gen Paperwhite. Apparently they stopped supporting the active content at gen 5 Paperwhite. Even there, more than half the apps will not work. It seems when the Paperwhite went to 300ppi, the apps stopped working.
I am now ordering a used 5th gen Paperwhite so that I can still play cardgames in between chapters out in the midday sun.

I had an older Kindle Paperwhite and I really liked being able to run the active content for word games. (I’m older and this helps keep my memory sharp, well less dull anyway. I just purchased a Kindle Paperwhite 7th generation and was surprised that not only would it not run active content but I now don’t have the option of turning the screen long ways to suit my hands. Amazon never mentions any of these things in the description, in fact its hard to tell even what generation it is without doing some research. Shame on you
Amazon.

I primarily used my kindle with keyboard for NYT crosswords. Very disappointed to hear this. Just got the voyage and found this article searching for a solution. That’s too bad.

[…] prep apps for students. There are currently 490 apps in the Kindle Active Content store but Amazon dropped support for it when the Voyage was released in 2014 and it hasn’t returned on subsequent e-readers. Once Amazon started to put a greater emphasis on […]

[…] prep apps for students. There are currently 490 apps in the Kindle Active Content store but Amazon dropped support for it when the Voyage was released in 2014 and it hasn’t returned on subsequent e-readers. Once Amazon started to put a greater emphasis on […]

I want active content on my kindle 7th gen (not paperwhite)! The only thing like that is the browser and books by Florian Auer that make use of the abiity to click somewhere on the page and get taken to another page (like links).

[…] in 2010/2011, and was essentially abandoned by 2014 when Amazon launched the Kindle Voyage. Amazon decided to not support Active Content on its then newest ereader. Later Kindle models also lacked support for Active Content, and that […]