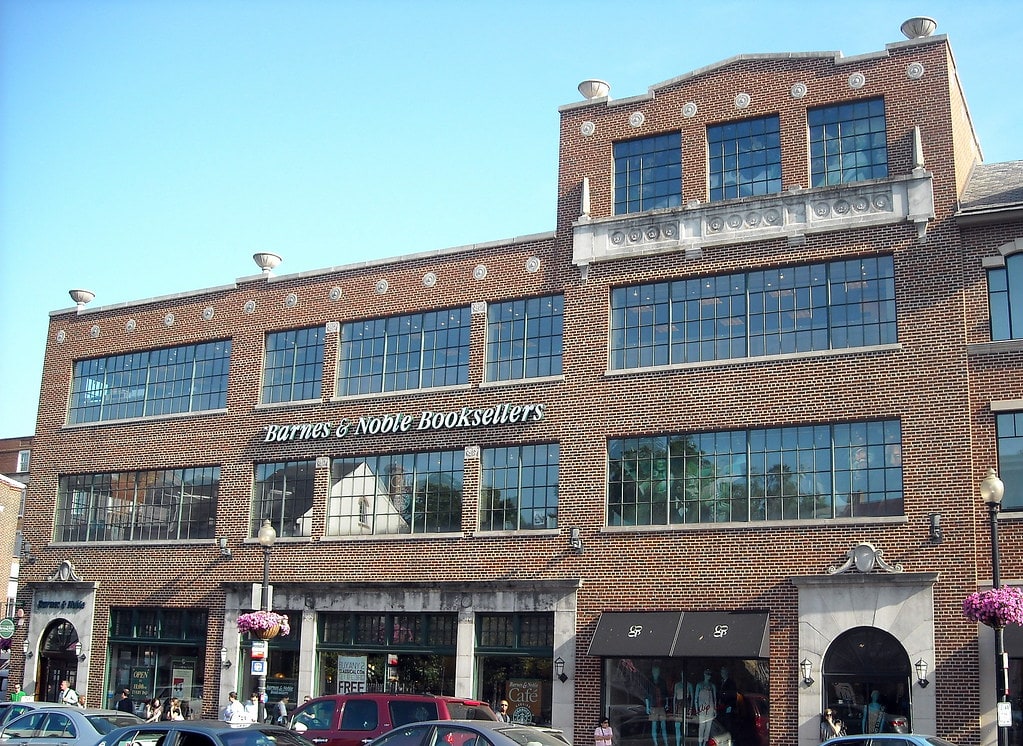 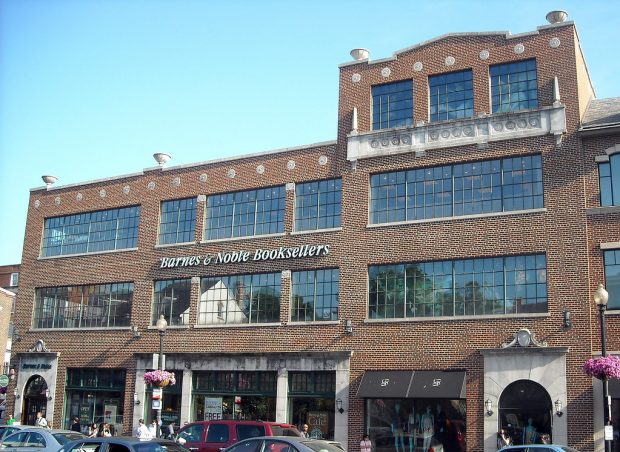 The hot news in the book world this week is the sale of Barnes & Noble. Elliot Advisors, majority owner of UK bookstore chain Waterstones, has completed its $683 million acquisition of the struggling retailer. The deal was closed weeks ahead of schedule and only involved one lawsuit. (I was surprised; I expected B&N to fire at least 1.2 CEOs before Daunt took up the reins.)

Now that the deal is done, Daunt has said he will be spending about 75% of his time in New York City. Kate Skipper, COO of Waterstones, will run the chain in his absence, although I don’t see why that would be necessary; with modern telecommunications, one is never more than a Skype call away from a meeting.

Once Daunt settles in, he will have the unenviable task of turning around a retailer that has, in recent years, changed its policies about as often as the average person buys coffee while playing musical chairs with the CEO seat. At the same time. B&N lost over a billion dollars in market value in the past five years as the stock price was dragged down by bad earnings reports.

So how is he going to do it?

According to the NYTimes, Daunt is going to focus on the stores, giving them a degree of independence that is virtually unheard of in US retailing.

The changes have filled Waterstones’ 289 shops, mostly in Britain, with books that customers actually want to buy, as opposed to the ones that publishers are eager to sell. And store managers have been given plenty of leeway to transform their shops into places that feel personally curated and decidedly uncorporate.

So what does this mean for the Nook?

Barnes & Noble’s ebook division has lost most of its value in the past five years, going from $264 million revenue in FY2015 to $92 million in FY2019. At the same time B&N has released new Nooks at a snail’s pace, updating the Nook ereader an average of every other year.

What do you think Daunt will do? Will he invest in Nook, and give us a new ereader this year, or will he cut his losses and sell off the customer lists to Kobo?

I am hoping for a new Nook; yes, it is simply rebranded Netronix hardware, but there’s still an opportunity for B&N to launch a new model as the focal point for its digital revival as it turns around its fortunes.

So tell me, do you think we’re going to get a new Nook this year?

Hopefully that will mean their ebooks will get more competitive but based on Waterstones, I think we’ll see Kobo taking over the ebook division in the next few months (unless they do the opposite and get Waterstones into the Nook, which is unlikely).

I hope not. I have most of my library on the Nook and like the experience better than Kobo or Amazon. Hopefully if so, they will take care of their customers. If not, they could be in a worse situation; why support my local retailer over Amazon if they screw me in this regard?

A new Nook? Better they fix the horrible software first. Such as- not being able to add sideloaded books to Shelves (Kindle speak: Collections.) Such as having to de-register and reinstall every 5-6 months because B&N-purchased books are no longer accessible. PDF reading worse than with old Simple Touch- you can no longer change font size.

Good to hear a bookseller purchased B&N, though.

"Such as having to de-register and reinstall every 5-6 months because B&N-purchased books are no longer accessible."

I’ve never had that happen with my Nook.

I have had to do it twice in the year I have owned the Glowlight 3. Neither Original Nook nor the Simple Touch ever had this problem for me.

It is a gradual process. It starts with the book covers of B&N purchases no longer showing. This later progresses to the books no longer being accessible. With B&N books not being accessible, software tells me I need to reinstall-reimport the books. This doesn’t work.The first time this happened I took it to a B&N bookstore, and the B&N service rep- including calls to mother ship- told me I had to de-register and re-register. That worked.

After my first de-register and re-register, I noticed that book covers of B&N purchases were no longer visible. Instead, I saw the title in words without any images. After the second time I went through de-register and re-register, about 6 weeks ago, I once again noticed that the book covers disappeared. Also note that B&N’s "Recommended for You" disappear into monochrome rectangles without any words. (My sideloaded books show book covers.) Which tells me that in several months' time the books will no longer be accessible. Rinse and repeat.

I suspect that the system breaks down because I don’t connect online.

With such a messed-up system, how can B&N expect that I will purchase any more books from them?

"with books that customers actually want to buy, as opposed to the ones that publishers are eager to sell."

What is the difference? Does this sentence even make any sense? The stores are filled with tent-pole bestsellers which is also what customers are buying (by definition). It is not like it is filled only with Man Booker prize winners that only the literati read. If it was dictated purely by publishers then the store would be completely hardcovers and trade paperbacks. But no BN is still mostly mmpbs even though the big 5 rarely publish those anymore.

One common retail practice is to charge suppliers coop fees for things like putting the publisher’s book on a display table right in front of the entrance. Daunt did away with that at Waterstones.

That is an example of "books that customers actually want to buy, as opposed to the ones that publishers are eager to sell".

Also they just released a new Nook. Why should they release another one so soon? It seems like Nate goes through this cycle:

"darnit! they [Amazon/Nook/Kobo] need to release a new ereader it has been forever!"
…
"FCC filings for new ereader so exciting!!"
…
"the new reader is the same as the old, so boring. Next!"

And then we repeat again. To save time, the ereader has stagnated. Nothing terribly groundbreaking on the horizons or even remotely different. Amazon, Kobo and especially Nook should just work on their UI.

People keep hoping for miracles.
Not always in vain: somebody did pay cash for B&N, albeit less than their logistics arm is worth.

Nope.i see Kobo handling the Nook and its ebooks as part of a strategic relationship. So then Nook can be sold finally to Kobo at a better price

Just checked out the Nook Glowlight Plus. It says it is not available to order online and all of the stores in a 100 mile radius from where I live and also from where I work show it not in stock in stores. New one coming or will they be getting rid of Nook business?

[…] had been wondering if B&N would even bother to  ship another Nook model, or just make my April Fools Day joke come true, and now it would appear we have an […]