Biblioteca: Amazon Is To Blame for Library eBook Woes 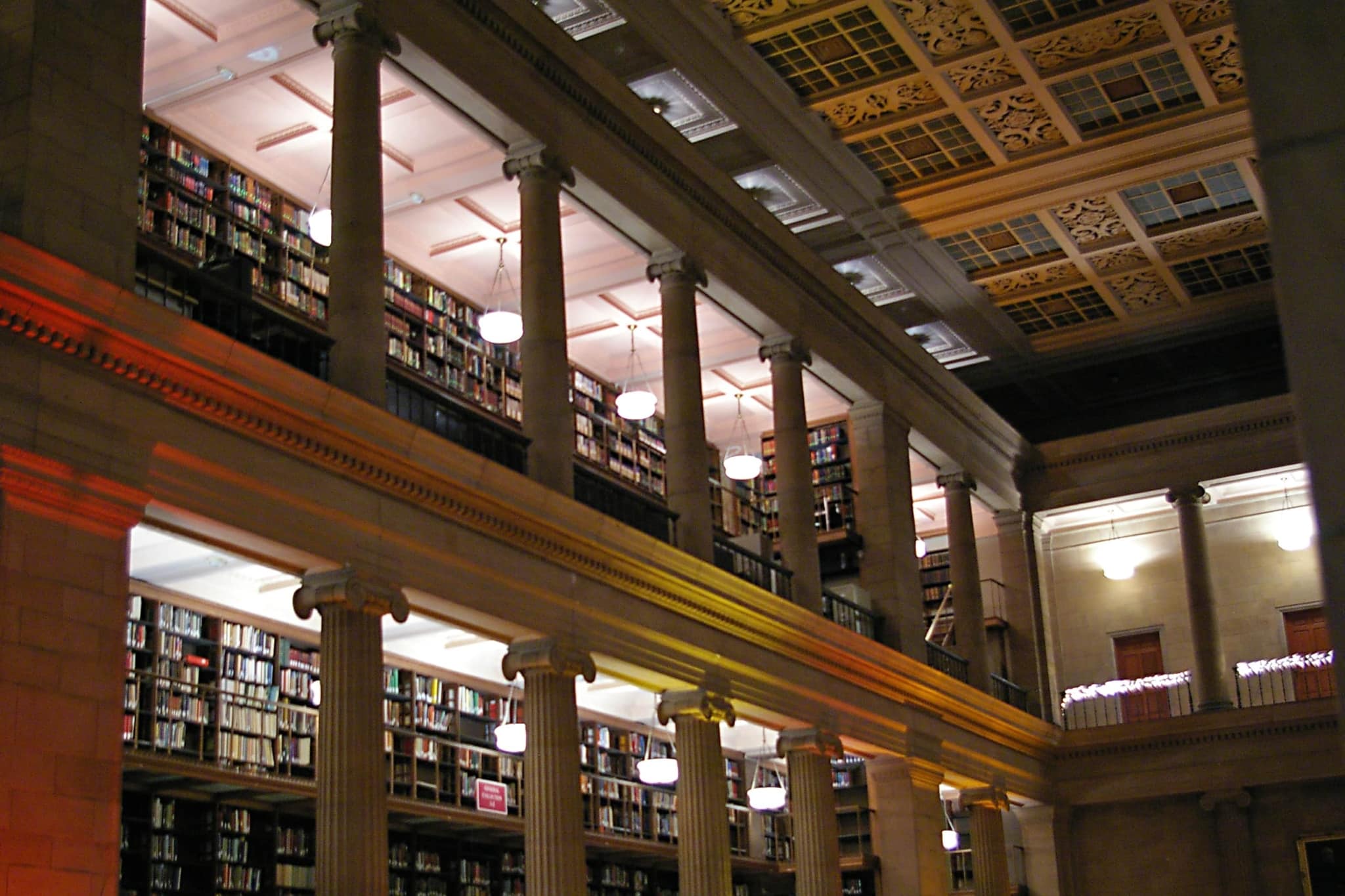 It is a truism in today’s publishing industry that every problem can be blamed on Amazon. It doesn’t matter if Amazon is not even remotely connected  to the issue or if the issue even exists (see the supposed decline of indie bookstores), one can still blame Amazon and have the industry nodding their heards.

So when Tom Mercer of Biblioteca Cloud Library sent out an email yesterday saying Amazon has data showing that library borrows hurts retail sales, and is showing that data to publishers and authors, I was not surprised.

This begs the next question: if authors and agents are voicing concerns about library lending, where are they getting their data from? I doubt it’s publishers, since a report on library lending is not part of an author’s royalty statement. There is only one company that has access to readers’ digital retail purchases as well as users’ digital library borrowing habits, and that is Amazon.

In 2009, Amazon created a publishing division, Amazon Publishing, which doesn’t sell any of its eBooks or audiobooks to libraries. They have teams of people talking with authors and agents trying to secure rights and make them as exclusive as possible to the Amazon ecosystem. It’s highly probable that they use the data provided by library users to argue that library lending is undercutting retail sales. This is a major concern that we need to understand and to face together as an industry.

As long as data is shared with Amazon by library users, Amazon will spin that data to create concern, and publishers will be forced to alter their digital library lending models or risk losing key authors.

You can read the email here.

I have not heard anything like this from my sources, although I do recall that Tom made a similar claim last month. In that case Amazon was supposedly convincing publishers that library ebooks hurt sales.

No evidence was presented then, either, although Amazon did release a statement denying the claims. “We believe that public library lending is very important to society and, among its many benefits, helps increase literacy and provide[s] authors and their books with broader audiences,” an Amazon spokesperson told LJ. “Publishers make their own business decisions regarding library lending.”

I do not know any author who believes what Tom claims they do, and I have serious trouble accepting the idea that Amazon could influence the decisions of the Big Five.  In fact, based on what I have seen I think it’s more likely that the Big Five publishers would do the exact opposite of what Amazon recommends simply because they do not like Amazon.

If you have experiences to the contrary, I would like to hear it.

As for Amazon being wedded to exclusivity, I would remind you that the rules about having ebooks exclusively in Kindle Unlimited do not apply to the library ebook market.

You can’t have an ebook in Kobo and KU, but you can have the ebook in Overdrive. To give you a few examples, here are a bunch of authors with ebooks in Overdrive. Many of the books on that page are self-published, and if you check the Kindle Store you will find they are in Kindle Unlimited.

Update: A bunch of people have told me that the KU rule does apply to library ebooks.  (That is not what I was told by Amazon PR, sorry.)

I don’t know about you, but that page would seem to contradict Tom’s claims, and support Amazon’s public statements.

Then again, I don’t have all the facts. What do you know that I do not? 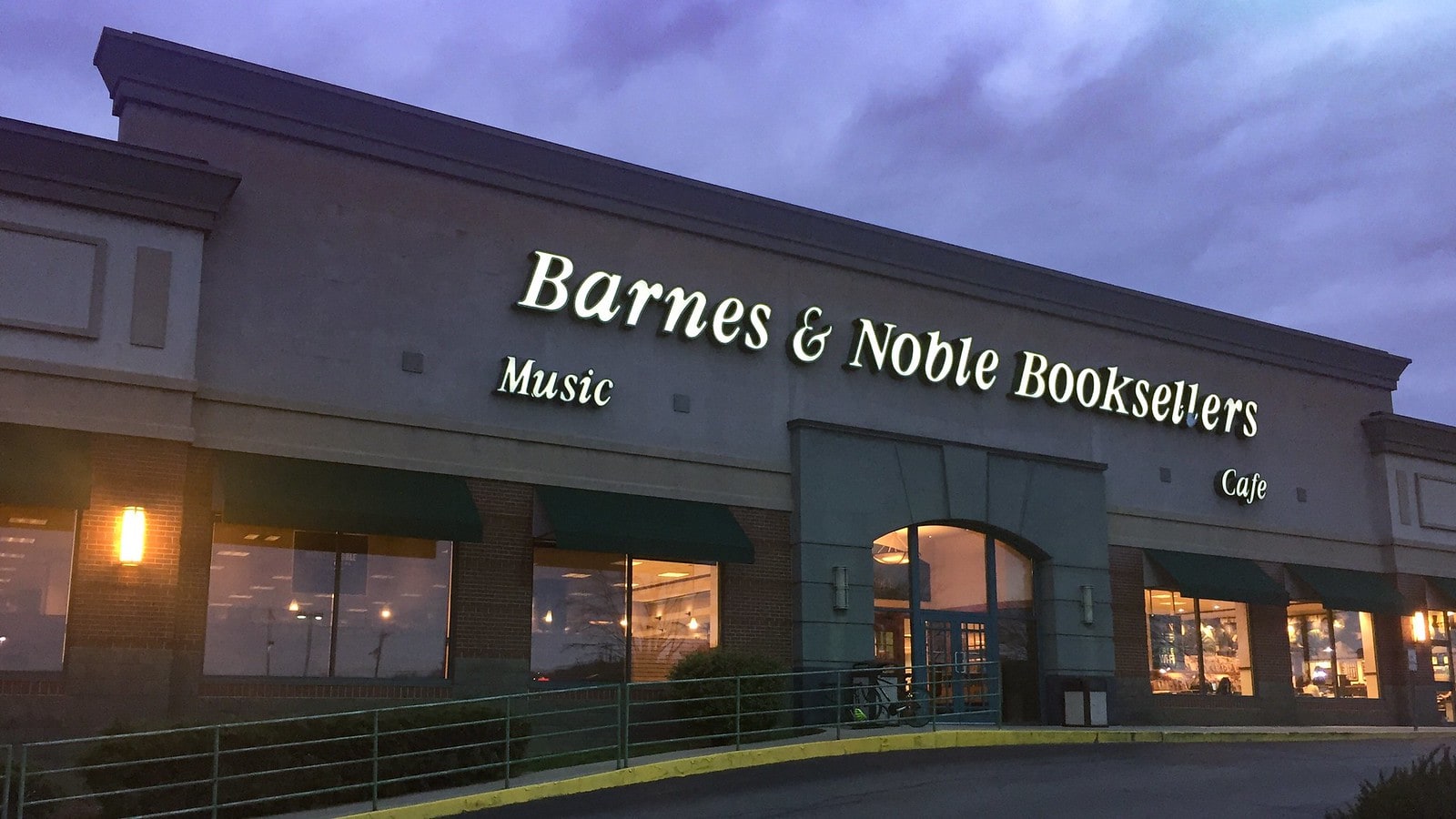 B&N is Having Money Problems

Publishers know which and how many books move through their first-line channels: Amazon, Ingram, B&N, Nook, Kobo, Google, Apple, Overdrive, etc.
Just because the BPHs don’t break that data out for authors, doesn’t mean they don’t have it.
They just don’t want authors to know how dependent they are on Amazon or any specific channel.

So saying only Amazon has that data is an outright lie.
Why bother with anything else if the whole theory is based on tinfoil hat dreams?

It’s not a lie, no. Amazon has granular data on reader activity that publishers do not. They just have sales data.

Besides, Amazon doesn’t share the other data.
The publishers are always griping Amazon won’t share.
It’s their competitive advantage so why should they share it with anybody, much less the publishers?

In fact this came up in Porter Anderson’s and Jane Friedman’s Hot Sheet back in November 2018, and was evidently raised at Digital Book World in October 2018. That too was from Bibliotecha.

Publishers’ changes in library lending terms may be a result of data received from Amazon.

At Digital Book World in October, a panel of experts discussed the challenges faced by today’s libraries, who must deal with growing patron demand for ebooks and digital audio amidst changing publisher terms and access. Heather McCormack, vice president of collection development and publisher relations for bibliotheca cloudLibrary and formerly book review editor of Library Journal, began the discussion by pointing out that publishers are receiving information from Amazon that indicates libraries are hurting book sales—and that there needs to be some kind of dialogue about this. However, she said, to the credit of publishers, “They are thinking of the overall picture. They are aware of the pain points and pressure.”

On the point of KU exclusivity being somehow waived for OverDrive. Because there are KU titles in the OverDrive catalogue does not in any way mean Amazon approves or has agreed to this. The KU exclusivity rules are pretty unequivocal and nowhere mention exemptions for OverDrive or any other digital library.

I had been told by Amazon PR that the library ebook market was not covered by the exclusivity.

I guess they were wrong. Thank you for raising that point.

I find this claim by Biblioteca doubtful as well, and there is in fact evidence that the fear about library borrows hurting sales has come from traditional publishers–not Amazon. Not only because this is a long held myth that is trotted out routinely by traditionally published authors, but the "Tor experiment" of holding back ebooks from libraries seems to have been one of the main reasons given for why publishers have recently shifted to a new model of selling to libraries.

Amazon may have data, but I doubt very seriously that they are sharing it for this purpose. The edge they are able to give their own imprint books in marketing (particularly with First Reads) is the key to their success, and the major selling point they would use to attract authors and agents–not dissing libraries.

I found this article (which I may have gotten from your posts) useful in getting a handle on this all. https://www.panoramaproject.org/news/2019/7/26/macmillan-announces-library-ebook-embargo-new-lending-terms

It’s very common for library e-books to be read using the Kindle ecosystem. With Overdrive, you are typically given the choice to "read with Kindle" and are directed to an Amazon page, logged into with your user-id, with the buy buttor replaced with one which reads "get library book." Obviously Amazon knows how many times the book is either purchased or borrowed. Given that each event represents a download of the book to a customer, it’s logical to assume that the publisher receives a report containing both numbers.

Why?
Amazon’s library deal is with Overdrive, not the publishers.
How many people read a library book (licensed by Overdrive, fullfilled by Amazon) on Know ndle (as opposed to Kobo or PC or phone) is no business of the publishers. It is, in fact, Overdrive proprietary.
And knowing how many are read on Kindle ignores books read on Overdrive apps all over so it wouod be incomplete and skewed. Meaningless.

Seriously, what does Amazon win? What’s the point? They already control 80% of ebook sales…
Why would the Amazon-hating BPHs believe them?