B&N Applies for a Liquor Licence 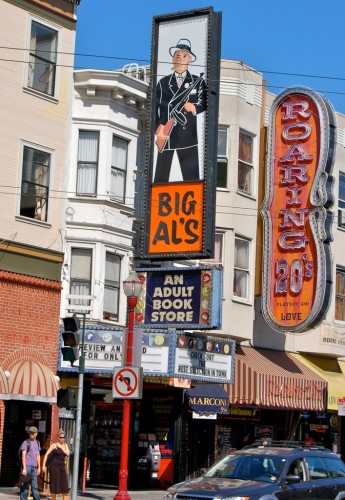 Many people are using alcohol to cope with their in-laws this holiday season, and pretty soon you’re going to be able buy that alcohol at a Barnes & Noble bookstore.

Earlier this month B&N filed for a state liquor licence for their store in New Hartford, a small town located near Utica in upstate NY. The licence is part of a test by B&N to see how well customers would take to the sale of drugs in a bookstore. This particular licence is for beer and wine only.

According to Keven Danow, a New York City-based attorney who filed the licence application for B&N, it is not the first step in a plan to turn the bookstore into a bar or nightclub, or some other profitable business. "It’s not going to change the complexion of the neighborhood," Danow told the Utica Observer-Dispatch.

Barnes & Noble is likely getting the licence in order to sell alcohol at book signings or readings, Danow suggested. He also added that food menu offerings at store cafes would be tweaked to offer items better paired with beer or wine.

He could be right, but then again B&N has shown every sign that they no longer want to be a bookstore. B&N is removing bookshelves so they can stock pasta, 3d printers, dolls, and other merchandise, so this could just be another pilot to test a new product that B&N plans to add to all stores. B&N is also experimenting with print on demand machines, and has installed three of them in B&N stores in the northeast.

But if this is part of a plan to sell alcohol as a compliment to books, B&N is in good company. A number of indie booksellers have launched hybrid bookstores that combine bars (or a brewery) with a bookstore.

The Quarter Barrel Brewery, opened in Oxford, Ohio in 2010, and then there’s Big Al’s, an adult bookstore in SF that closed in 2009.

So clearly there’s a niche here, but I don’t think it’s one that B&N can move into. All of the hybrid booksellers are smaller indies which can serve a niche customer base, while B&N is focused on larger big-box stores where they have to cater to general consumers.

If B&N starts selling open containers of beer in their stores then they will do so at the cost of customers who will no longer bring their kids to the store, or shop there. And so whatever B&N gains from alcohol sales could be canceled out by other losses.

Amazon Gets a Patent on Kindle X-Ray, Public Notes

Wouldn’t it be simpler to just have the readings/signings be catered and have the caterer supply the booze and license?. They might need to set a separate room for the events but it would still be cheaper than the legal fees for the license.

Yes. That’s one reason I think this could have a more general retail purpose.

In New York State caterers aren’t permitted to bring liquor to events open to the public. They need to apply for a permit for each event that includes menu of food and liquor to be served along with a diagram of the event. And the caterer assumes all legal responsibility.

Prohibition lives on in NY!

New York is one of the easiest states to obtain a liquor license. Cost for wine/beer license is less than $600.

Maybe they figure it’s easier to sell books if you get your customers drunk first.

Having been there a number of times, I can tell you that Books & Brews really isn’t much of a bookstore. They don’t seem to take a lot of care in curating or organizing their titles; they just throw books into the shelves any old where. I get the feeling that it’s more an excuse to name their beers for literary puns than an actual serious attempt at selling books.

The bookstore was more decor than retail, you say? That is the impression i got when I read about it last year, yes.

So it seems, yes. If you’re ever in Indianapolis (maybe you should come down for Gen Con!) I’ll show you the place.

I wouldn’t imagine B&N is going to serve booze in the stores, though I could be wrong. My suspicion is that it’s to allow them to have a shelf or two with a few selected bottles of wine, maybe some aged whiskeys and so forth, to go with all the other different kinds of merchandise that aren’t books. Something where a customer might see it and grab a bottle just so they don’t have to make another stop on the way home.

[…] Barnes & Noble is testing adding alcohol in their cafes. […]

[…] applied for a liquor license for its Utica, New York store—or at least a beer-and-wine license. Nate covered it early on at the Digital Reader. It wasn’t clear exactly what purpose the license would serve, but attorney Kevin Danow who […]

[…] Those plans fell through after the Nook imploded the following holiday season and the CEO was Lynched, and this left B&N with no articulated vision for the future of its stores (aside from selling more pasta and 3d printers, and drowning their sorrows). […]

B&N Education's New Cosmetics Dept is the Death Knell for College Bookstore | The Digital Reader May 16, 2016 um 11:36 am

[…] has been replacing more and more of the books in its retail stores with pasta, 3d printers, alcohol, and other merchandise. It's gotten to the point where I'm not sure if you can call B&N a […]