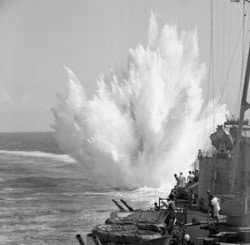 The digital backlist publisher e-reads announced a new program last night. All of their author clients will now have the option of using a new anti-piracy program that they’ll be subsidizing with ebook sales.

The system searches for files on the various upload sites like Rapidshare, Megaupload, etc. It tracks the location and gives each author the option of sending take down notices.

Here’s my issue. How do we know that this will result in increased sales?  If revenue does not increase because of this effort then it was a waste of money. And even if revenues do go up in  the next few months, how would you be able to tell that the increase was due to this or due to the ebook market taking off (it’s doubling every year)?

Folks, I’m all for smart ways to fight piracy – ie when it increases sales. But as I’ve said before, I don’t think simply taking the files down will achieve that goal.

Where’s the inducement to get them to go buy the ebooks? That is what has value, and any anti-piracy effort which lacks it is probably a waste of money.

Especially when you consider that with ebookery MORE books and being bought and read than what normally would be the case by those who use computers. My kids — in their twenties — have embraced reading — but of ebooks — in a way they have never read before. Passion has set in. I think the key aspect is how well identification kicks in between writer and reader. Enough so that they won’t steal stock and willingly hand over their $9.99 — whatever. That won’t help the publisher though.

I don’t have a lot of sympathy for them wasting money on a futile effort. Maybe it’s the only way they’ll learn that they must be proactive (making their ebooks more attractive) instead of reactive (playing whack-a-mole each time a new illegal file pops up). I don’t pirate ebooks, but I still don’t buy a lot of them either and won’t until issues of price, drm and regional availability are addressed. My library card is still the first thing in my wallet, and it’s likely to stay that way for a long time.

Hi I read pirated ebooks, mainly textbooks and I buy them.These theiving publishers, they’re so greedy they charge more for a stupid ebook version than it’s hardpaper analog.
And most textbooks are so crappy to read on your kindle, that you have to buy them.Ipad sucks for serious reading the lcd screen is bad for the eyes.
I downloaded a pirated textbook 200$ worth and then I bought its hardcover edition.In fact I preorded it,so the publisher must thank the pirated copy that’s floating around.