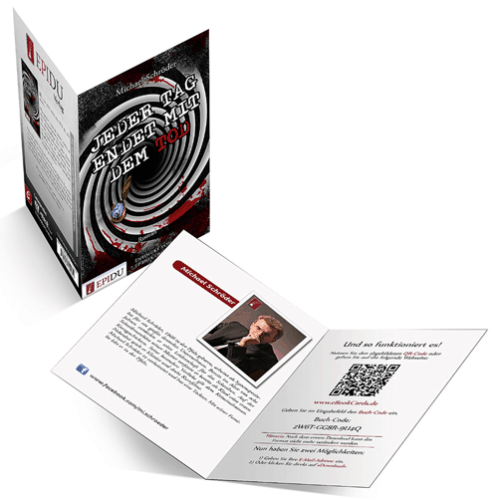 A pair of stories crossed my desk this morning which, if reported separately, would suggest that the idea of ebook gift cards was either popular or had fizzled in the market. But put them together and there’s not much to say other than the market is churning.

Buch Report and Lesen.net are reporting on Monday morning that eBookCards, a 3 year old ebook startup based in western Germany, will be ceasing operations at the end of the year. All 402 retailers which carry the cards have been informed that customers will have until 7 January 2015 to activate any cards they have, after which the servers will be disabled.

No info has been shared on the number of cards sold, but according to reports business was going well. The stated reason for the service being shut down was that the 4 person team behind eBookCards was turning their attention to a new project, a review platform called BloggDeinBuch, and they did not have the resources to support both.

eBookCards was launched in late 2011 as a collaboration between Epidu, ceebo and Umbreit (digital publishing startup, ebook platform, and book wholesaler, respectively). The team in question works for Epidu, and after negotiations to sell Epidu’s share to Umbreit broke down the decision was made to shutter the platform.

They are still looking for a buyer, and assuming the platform is profitable it could be worth buying. Depending on the price, the tech alone might be worth the investment (Ingram, are you listening?). 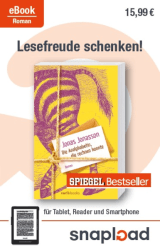 eBookCards is survived by its competitor, SnapCards. This service launched at the Frankfurt Book Fair in 2013, so it is much younger. It also appears to have a broader base of support. As I reported in June, SnapCards offers cards with both audiobooks and ebooks. They boast that they have 350,000 titles in their catalog from publishers including Random House, Bonnier, dtv, Bastion Luebbe, and argon.

SnapCards crossed my desk this morning when I found a press release from last week. They announced that they had picked up a new retail partner, Postbank, which will be carrying SnapCards in its 800 stores. Postbank will be joining Müller drugstore, Globe, Valora, the Mayersche bookstore and the Tank & Rast service stations in carrying SnapCards.

Aside from eBookCards having a smaller distribution network, it’s not clear why one platform is shutting down while the other expands, but I do find it interesting that there is more activity in Europe than in North America.

Of the two leading ebook gift cards providers in NA, neither has a wide distribution network. Calgary-based Enthrill does have its cards in a number of bookstores, supermarkets, and Walmart stores in Canada, but they have yet to announce a large presence in the US. And while Calif-based Livrada did generate a lot of interest with its 2012 partnership with Target, that deal never expanded beyond the initial trial.

To be fair, both Livrada and Enthrill do sell their ebook gift cards direct to authors, publishers, and corporate customers (as opposed to retail distribution) but that is less important to me because it will never be as large as a retail distribution network could be.

The bigger picture here is that there are a couple fizzles in NA, a success in Germany, a bankruptcy in the Netherlands, and eBookCards walking away from the idea.

Do you suppose there’s enough evidence yet to call the idea of ebook gift cards one way or another?

It is easy to see why the idea might not be working out. eBook gift cards have worst traits of both paper and digital while have few of the advantages of either. You can buy an ebook gift card in a store but you can’t use it right away (unlike a paper book), and if you’re shopping online an ebook is more immediate while a paper book is as convenient as an ebook gift card.

In short, I think the idea of ebook gift cards is fizzling. What do you think?

Inside the Kobo Aura

A fatal error made in this space is in believing that ebook gift cards will replace direct purchasing of ebooks. This will not ever happen, ever. In fact, it is a clumsy way buy a book for oneself… however, it is the best way to give an ebook to someone.

Purchasing an ebook through a device is the cleanest, simplest way to purchase an ebook. I would argue it is the actually the greatest form of commerce ever invented; it’s instant for both the customer and the retailer. There is however, a problem with this equation – people cannot give ebooks as gifts (unless its within the same eco-system) in an effective nor elegant manner.

Books are one of the greatest gifts one can give… or receive for that matter. The ebook gift card fills a niche in the market, giving consumers the ability to give someone an ebook as a gift. The gift card industry has quickly eclipsed the publishing industry in just 20 years, people are buying gift cards more than they are buying books. What’s more is they are looking for unique opportunities that offer personalization in the gift. Enthrill’s ebook gift card fits what the consumer is looking for. the ability to give someone something they are interested in. What Enthrill adds to this with their technology, is the ability to give to anyone, regardless of device or platform.

Enthrill has developed the Walmart ebook gift card program in Canada and is now selling ebook gift cards in over 3000 retail stores in Canada. As with any gifting product, sales are heavily influenced by gifting seasons and ebooks are no different. Enthrill is effectively positioned to capture these sales at key times in high traffic retail locations.

So, if Enthrill’s growth this past year is indicative of the ebook gift card market, then I would have to say that it is not fizzling, but rather, sizzling.