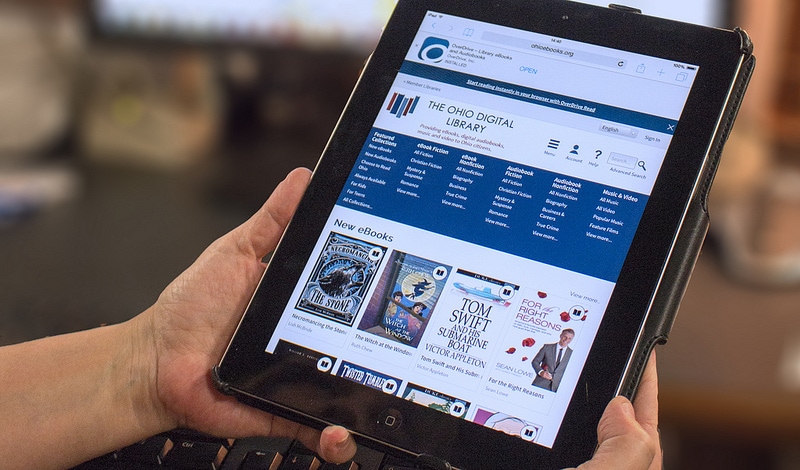 Libraries are getting screwed on ebooks even worse than consumers. Where a consumer has to worry about content vanishing with a deceased ebookstore or an expired contract, libraries have to contend with annual fees, expiring licenses, and mysterious technical glitches.

JA Konrath wants to help. Around this time last year he and August Wainwright launched eBooksAreForever, a new startup  which offers a library-friendly ebook solution.

Based on the idea that it’s more important to get ebooks into libraries than make a buck off of them, eBooksAreForever sells DRM-free ebooks under a "forever" license – meaning libraries never have to re-license at set time intervals, or after a certain number of uses.

In the long run they want to offer the ebooks DRM-free under a "one copy, many user" license, but right now the ebooks are still limited to one user, one copy.

The startup has been in a quiet beta test since May of last year, and on Thursday Konrath  publicly invited indie authors to join. He reports that EAF now has just under 1000 ebooks in its collection.

According to EAF’s blog, this includes  titles from successful authors like Hugh Howey, Belle Andre, HM Ward, Melissa Foster, Barry Eisler, JA Konrath, Bob Mayer, and Barbara Freethy. The company has been carefully selecting the authors which have been allowed to join the service, resulting in a curated catalog which focuses more on quality than on quantity.

And that, folks, is just one of the many differences between EAF and the last distributor to offer this type of deal to libraries.

As you may recall, way back in August 2012 Smashwords launched a  service called Library Direct which enabled libraries to buy a slate of the top 10k, 20k, 50k, etc,  popular titles in the Smashwords catalog. The ebooks were sold with DRM and limited to a "one copy, one user" license.

That service never came to much, leading Smashwords to decide to instead distribute through OverDrive and 3M Cloud Library. When I queried Mark Coker, he said that SW changed direction because"the Douglas County model has been slow to take hold".

Douglas County refers to a particular library system in Colorado which is best known for running its own ebook DRM server. DCPL buys ebooks direct from publishers, checks them out to patrons, and avoids having to pay OverDrive’s annual hosting fees for those ebooks. (Instead, they pay a license fee to Adobe.)

Coker is correct in that the Douglas County model has been slow to catch on, and it’s easy to see how that stymied Smashwords' plans to sell direct, but luckily this issue won’t have as much of an impact on EAF.

Since EAF sells ebooks with almost no restrictions, libraries can host the ebook catalog without having to shell out additional fees to support DRM. This should reduce costs and technical headaches considerably.

For more details, visit the eBooksAreForever FAQ (library, author/publisher) and Konrath’s blog post. You can also reach out to EAF at [email protected]

How to beat Amazon

This Could Be (Is) The Future of Digital Comics

We’re moving into Phase Two of the self-publishing revolution, were long time leaders like Konrath are in a position to not just self-distribute through Amazon (and others), but to create new distribution companies to serve various niches.

Power really is shifting to the writers. This company could be pretty huge.

There are already other companies and even individual libraries that have tried this idea. One of the major Houston libraries bought "permanent" copies for a while. It eventually ran out of funding and that grant hasn’t been renewed. Smashwords does a catalog of the 10k best selling novels and bundles them for libraries. They also have other ways libraries can buy "once" and keep forever for any Smashwords book.

I hope Konrath’s mechanism takes off and actually encourages libraries to buy more "permanent" copies. Part of the problem is that libraries don’t necessarily have a way to check books in and out (overdrive controls their mechanism. You can’t just add these books to overdrive). That means a software system that the library has to maintain, understand and market to readers. There are a number of libraries that have branched out to other systems besides overdrive (3M for example). It is great to see yet another option.

It’s refreshing to see a writer at the helm of one of these ideas (although Mark Coker is a writer as well, so technically Konrath is not the first writer to do this). I think some of these ideas will make books more visible to readers.

This will be app based (iOS and Android).

All this does is help a handful of top-selling ebook authors who will get some chump change out of it. For the rest, it is essentially giving away their books for free, to be endlessly pirated. Libraries are not interested in the general masses of indie ebooks that have no track record, no vetting by recognized review sources like Lib. Jnl. and no significant number of patrons asking for them. That is no different than trad published books at the lower levels. Indies think librarians are prejudiced against them; no, librarians are against books that don’t have the credentials to warrant spending acquisitions money.

[…] eBooks Are Forever Wants to Solve the Library eBook Problem: eBooksAreForever is a startup that sells DRM-free ebooks that libraries won’t have to continuously re-license. There are almost 1000 ebooks in the startup’s collection. […]

[…] Sounds exciting!  You can read more and join in the conversation here. […]