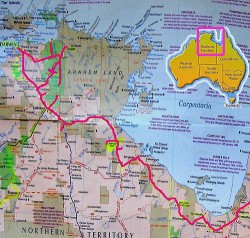 John Wiliey & Sons is soon going to be the former owner of Frommer’s, a publisher of travel guide books, ebooks, and apps. Google is buying the company for an undisclosed sum. The deal was struck last week, but only announced today.

It also comes as no surprise, because Wiley had announced earlier this year that they planned to sell off several subsidiaries as part of their efforts to refocus their attention on their core business: trade, scientific, scholarly and educational publishing.

Cliff Notes is up for sale, in case anyone is interested.

Wiley had bought Frommer’s in 2001, but the travel publishers dates back to 1957,  when Arthur Frommer wrote a travel guide for cheap Americans in Europe. That one title later grew to several hundred titles currently in print as well as websites, apps, and more.

So it looks like Google wants to own both the system displaying the data as well as the info on your screen. That’s not what you’d expect from a search engine giant, but then again they do get most of their income from advertising. They can always slap ads up next to the travel content they now own.

Did the Agency Model Lead to Cheap eReaders?