Google has never been one to toot their own horn when they’ve expanded their ebooksttore and today is no exception. I have just learned that Google quietly expanded Google Play Books this week.

Google is going to face competition from Kobo in the Philippines, New Zealand, and Hong Kong (edit: and Singapore), but as far as I know the other 6 countries don’t have any major international competition – aside from iBooks, which may or may not count as serious competition (opinions vary). 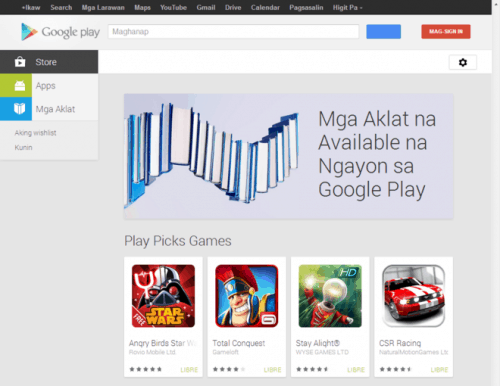 I think Google may have worked the bugs out of their system (mostly, anyway). In recent months they’ve updated their acceptable format list to include Epub3, revamped the publisher’s portal,and launched a new section of Google Play Books to sell and rent digital textbooks.

Kobo is also in Singapore (as one of the ex-Borders countries).

So far as I know, iBooks isn’t (except for free books) unless you count address-spoofing. And if you do… I’m pretty sure Kindle wins in a landslide.