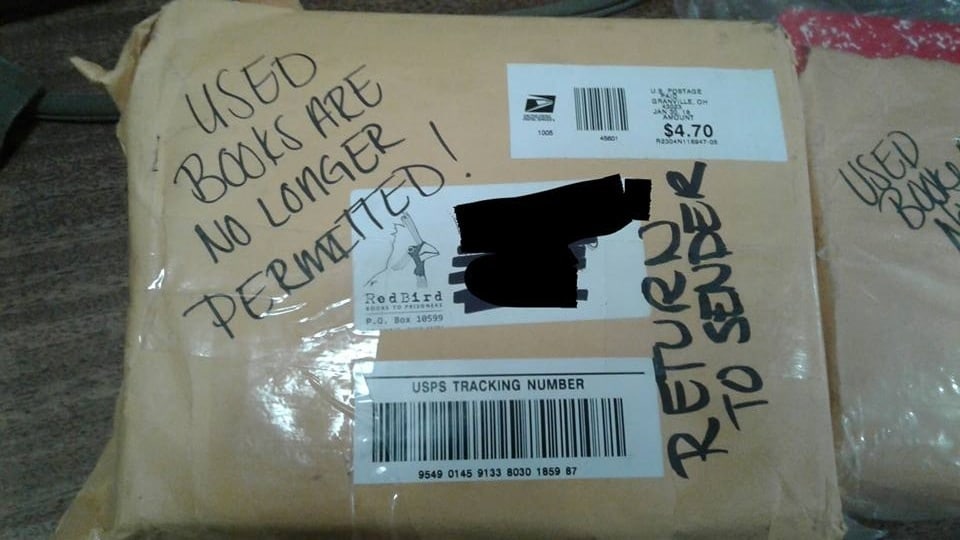 Everyone is up in arms over the news that the Pennsylvania  Dept of Corrections (its prison system) has banned prisoners from receiving book donations. Instead they will have to buy ebooks from the approved vendor using approved tablets, or get their books through the prison library.

The Department of Corrections has instituted a number of new policies regarding how people at its facilities can access mail and books in response to “numerous instances of staff and inmate exposure to suspicious substances” this year. Officials say synthetic drugs including K2 have been introduced into prisons through paper.

An update published on DOC’s website this week states in part:

Effective immediately, the DOC will begin to transition to ebooks coupled with bolstered DOC library system featuring centralized purchasing and ordering process. No books or publications will be shipped directly to an inmate.

In an FAQ published online Thursday, the department said it “will no longer accept books donated directly to individual inmates.” A spokesperson said the DOC is “looking at ways to incorporate donated books into the libraries.”

Incarcerated persons will be able to purchase physical books through the DOC and download more than 8,500 e-books to tablets purchased through the prison system by the end of the month, per the FAQ. Tablets cost $147 plus tax. A DOC spokesperson said “the cheapest ebooks are $2.99 right now. We are looking at ways to obtain free ebooks.”

“Remember, we can’t stress this enough, books/mail are really the leading way drugs get into the system. With synthetic drugs in odorless, liquid form, applied to paper, they are virtually impossible to be detected,” the spokesperson continued. “Eliminating incoming paper products, whether mail or books, is essential to shutting down the drug flow.”

A lot of people are pissed about this. I would feel the same way except this story reminded me that Ohio enacted a similar policy in its prisons back in February. Prisoners at several state prisons were no longer allowed to receive used books; instead, they could only get new books from approved retailers.

So this just fucking happened in Ohio pic.twitter.com/SR1kIbJBJY

2) Previously, nonprofit publishers and small businesses were able to send materials, as opposed to having the list including only major outlets.

The two state prison systems are reacting to the same problem with similar bans, only the Penn ban goes a step further.

While this is aggravating it is far from the nefarious plot that Boing Boing framed it as.

I think it’s worth noting this came after a statewide prison lockdown after inmates and employees both got sick after handling books tainted with drugs like K2. It’s actually more related to mail in general than just books, and they’ve changed policies related to food and visitation, as well. The opioid crisis is really only getting worse and no one is really addressing it.

ETA – I know the Incline mentions that briefly, as you block quoted, but just wanted to point out that this is much more complicated than "prison inmates aren’t allowed to have books anymore."

Yes, I understated the problem. It was worth reiterating the point.

West Virginia Prisoners Will Be Charged by the Minute to Read eBooks on Tablets | The Digital Reader 27 November, 2019 um 11:49 am