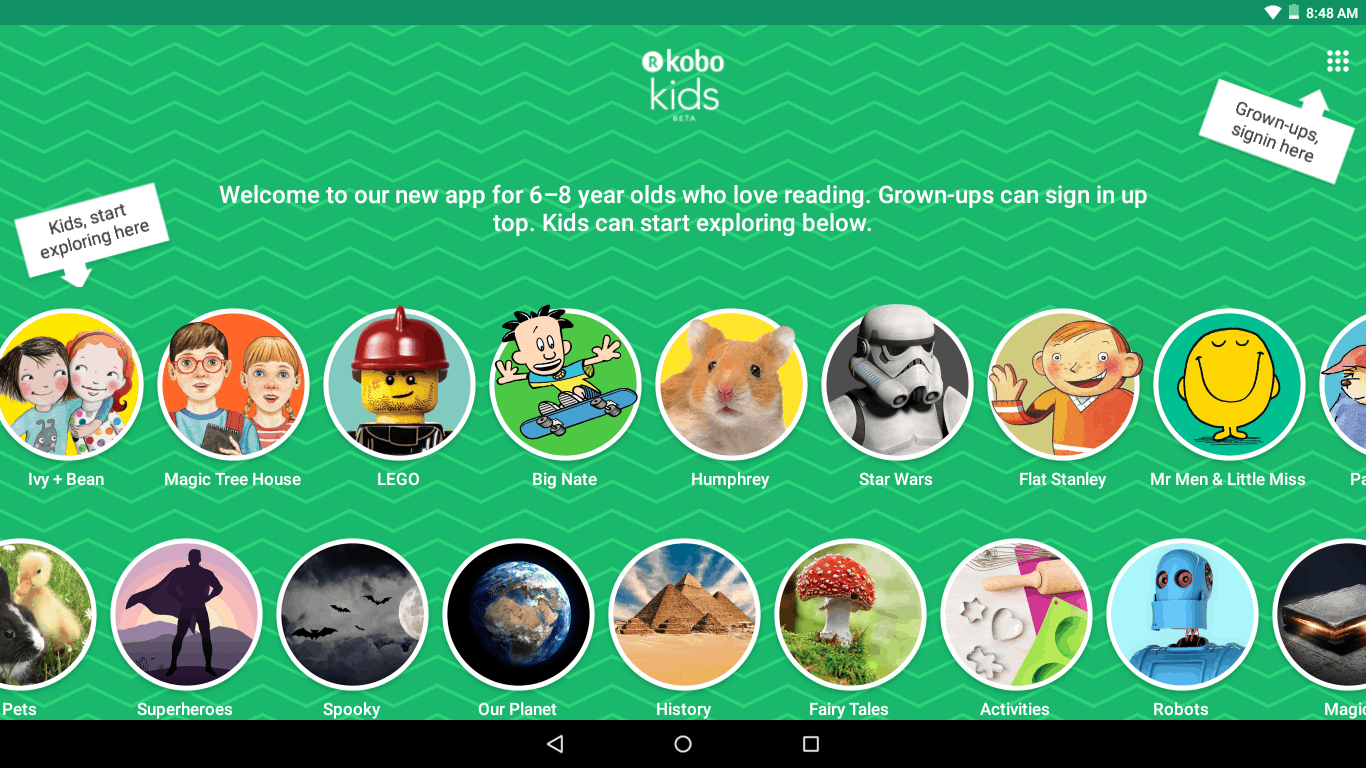 For the past couple years Kobo has offered a Kids Store and kids accounts which provided a filtered reading experience which promoted safety at the expense of growth and convenience, and now the ebook retailer has released an Android app to compliment the store. 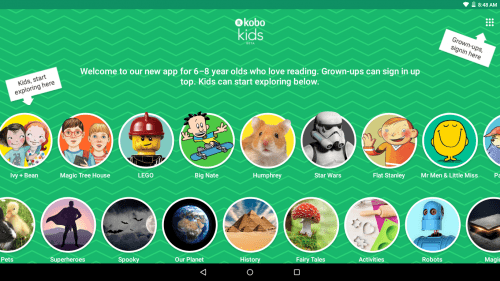 Launched in mid-December, Kobo Kids for Android has a limited catalog targeted at the six- to eight-year-old age group, and very limited account management options. Kids can browse the selection, and add titles to a wishlist, but they cannot buy. That is reserved for the parent, who can only buy the ebooks which the kid has added to their wishlist (a stupid limitation). The app is tied to the parent’s Kobo account, and the buying options are protected by a four-digit code.

And that recommendation is only strengthened by this apps' beta status. I was unable to buy any ebooks from inside this app; instead I got error messages. 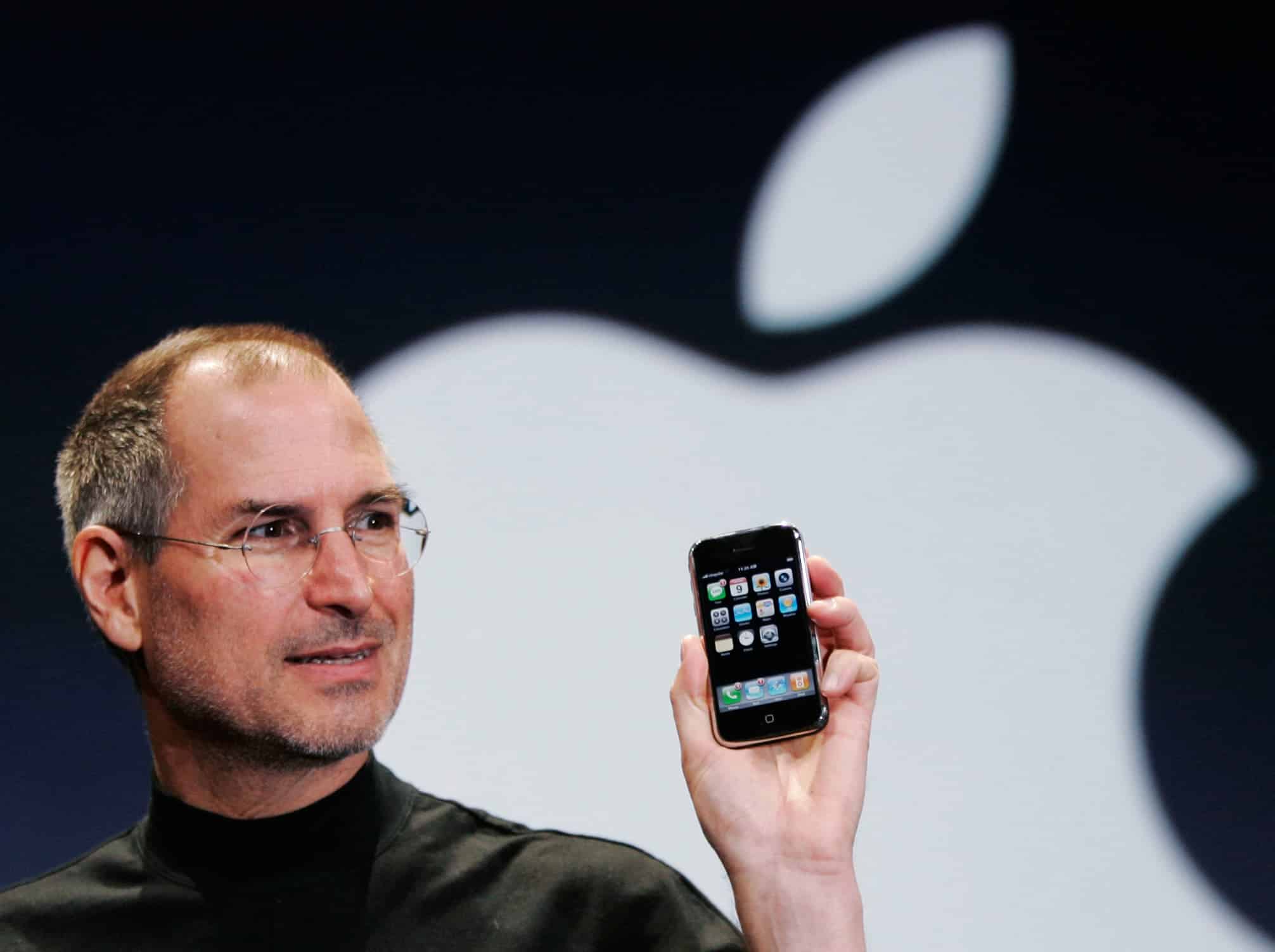 Inkling is Giving up on Digital Textbook Retailing

[…] Nate’s take on Kobo Kids. He writes that within the app parents can only buy books on a children’s wish list. But, hey, […]