When news broke yesterday that Blinkbox Books would be shutting down after it failed to find a buyer, I hoped that a 3rd-party would step in and at least save Blinkbox Books customers from losing all of their money.

And now one has.

Blinkbox Books has sent out an email today to its customers today with the news that they will soon become customers of Kobo (if they aren’t already).

The text of the email is at the end of this post. It doesn’t say much beyond announcing the deal, but it does include a link to an FAQ which contains quite a few more details.

The FAQ informs us that Kobo will be taking over Blinkbox Books' customers' accounts. There’s no information on whether the distribution deals will transfer, but a customer’s library and the record of the books they bought will/should make the transition.

The annotations made in an ebook in the Blinkbox Books apps will not transfer, just the record that a customer bought a book, and any credit or vouchers will not be transferred and should be redeemed before 9 February.

Blinkbox Books' customers are advised to open an account at Kobo, if they don’t have one already. Blinkbox Books will be shutting down on 28 February.

Update: Tesco has released a statement:

“We will work together with Kobo to transition users’ libraries to the Kobo service, ensuring they continue to have access to their previously purchased books and have the option to buy new ones from Kobo,” a spokesperson for Blinkbox told TechCrunch. “Those who access blinkbox Books on a Hudl [Tesco’s low-cost tablet] will be able to install the free Kobo reading app on their device. We will be communicating the timelines for the transition in due course.”

In short, this is largely the same deal that Sony struck with Kobo when the Japanese company pulled out of ebooks last year. That deal did not work out so well for all of Sony’s customers, but it was a better alternative than Sony simply walking away. 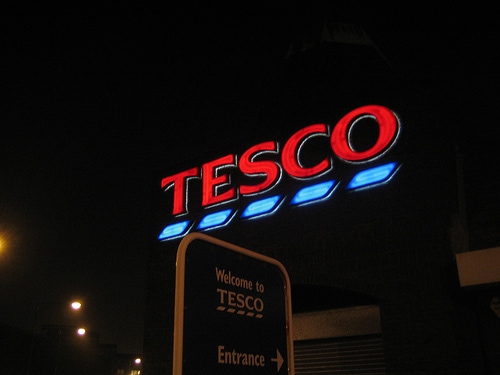 As a beloved customer of blinkbox Books, we wanted to let you know as early as possible that sadly, the decision has been made to close blinkbox Books.

Customers who have bought ebooks with blinkbox Books will be moving to Kobo and we’ll be contacting them in 2-3 weeks. If you have not bought any ebooks with us, then we recommend you register with Kobo before we close the business on 28th February 2015.

First Look at the UbiSlate 7Ci

[…] picked up by Kobo, the e-book division of Japanese e-commerce giant Rakuten. Blinkbox customers yesterday started to get emails informing them of a transition, and Tesco and Kobo have now both confirmed the details to us […]

I have a blinkbox account but haven’t received an email regarding transferring my books to kobo! How do I do this please?

The Blinkbox support page has a link to a contact form at Kobo. I’d check there first.

[…] In a way, Aldi is copying Tesco's failed attempt to launch a digital content sub, Blinkbox. That effort included ebooks, videos, and music, but it shut down last year after it was sold off for parts and the ebook customers were handed off to Kobo. […]