Lenovo IdeaPad A1107 Roundup of Reviews 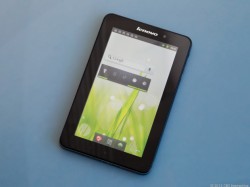 I’m in the market right now to replace my (original) Samsung Galaxy Tab with a new Android tablet, so today I took a look at the Lenovo IdeaPad A1107. This 7″ tablet caught my eye when I was at BestBuy  yesterday. It’s priced at $200, making it a competitor to the Kindle Fire and the Nexus 7, and its 3MP rear camera looked like it might  fill one of my core needs.

But as it turns out this is just a basic tablet. It’s a lot like the KF or N7 in that it doesn’t have all the best components that you’d find in a premium tablet. The A1107 is running Android 4.0 (great) – but on a single core 1GHz CPU. It has a high resolution (1024 x 600) 7″ capacitive touchscreen, but it also only has a VGA webcam in front.

That’s a rather odd mix of specs, isn’t it? I think this is old hardware. From what I can tell, the A1107 is an update of the IdeaPad  A1 tablet, which came out last year and ran Android 2.3. Aside from the newer version of Android OS there doesn’t appear to be any difference between the 2 tablets. The hardware specs look identical.

This post was going to be a roundup of reviews of the  A1107 tablet. Given that I was looking at this tablet for myself, I thought it might be useful to post my notes and opinions. Curiously enough it looks like no one has posted a review of the updated tablet (I think I might add this to my todo list). But a lot of sites reviews the original A1, and the hardware reviews were generally disappointing. They’re also from back in February, so by now (July) they are horribly out of date. I won’t quote them here because of how inaccurate they now are (several said that the A1 was a bad value at $250, but I did read them and will list them at the end of this post.

There were a couple details that were mentioned in most of the reviews which were enough for me to pass on this tablet. The rear camera isn’t as good as the specs make it sound, and several of the reviews described the screen quality as being less than that of the Kindle Fire (even though they have the same resolution). The screen complaint was rather funny to read; apparently 1024×600 is now a low resolution, and that surprises me. I didn’t know that so many reviewers were screen fetishists, but apparently it’s a growing trend.

This tablet has the screen, cameras, and now the OS to be a mid-rank competitor to other basic tablets like the Nexus 7 and Kindle Fire. At the $200 price point it is no great value; the features you gain in some areas cost you other features. Again like the KF, there are tradeoffs. 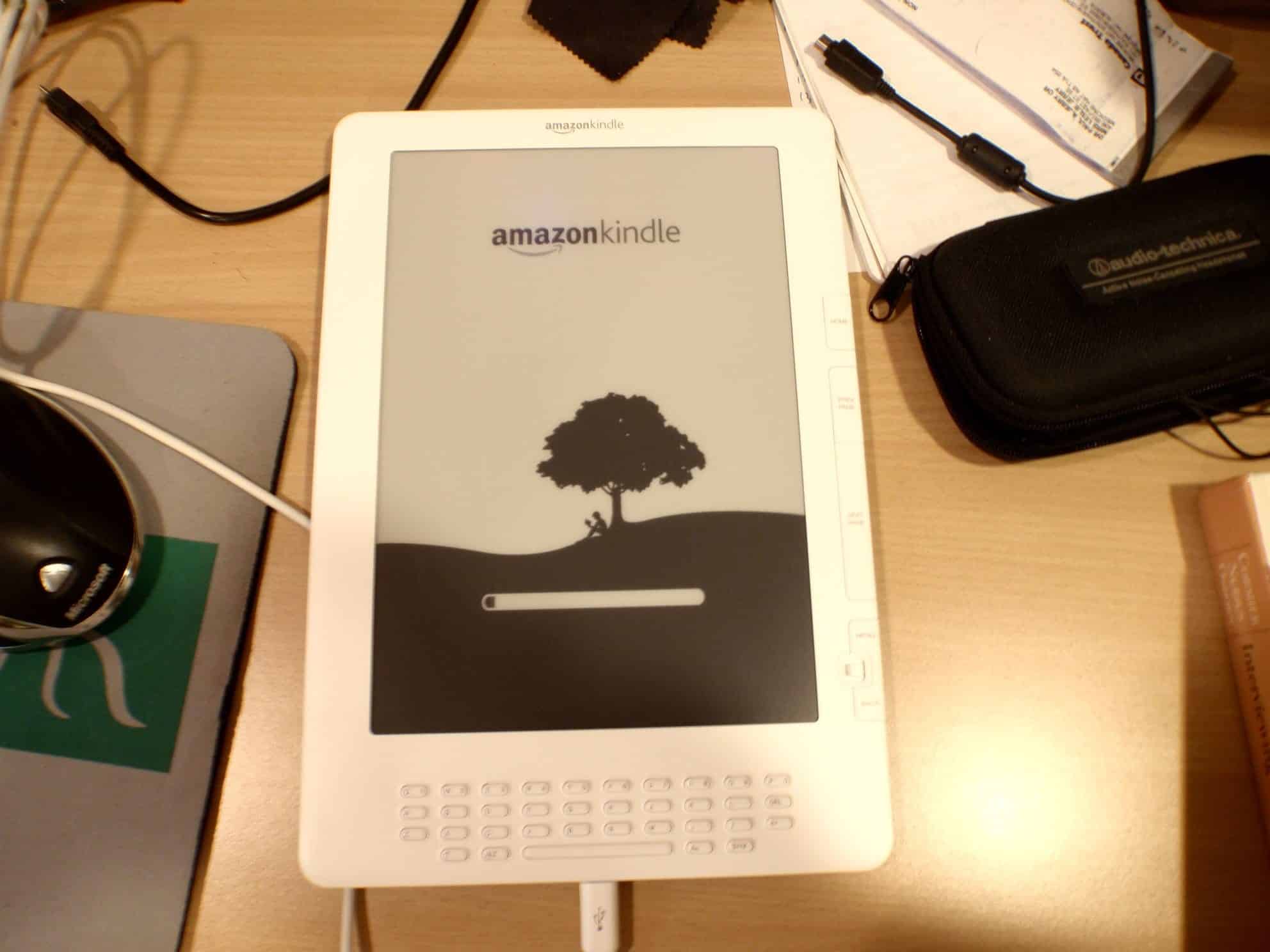 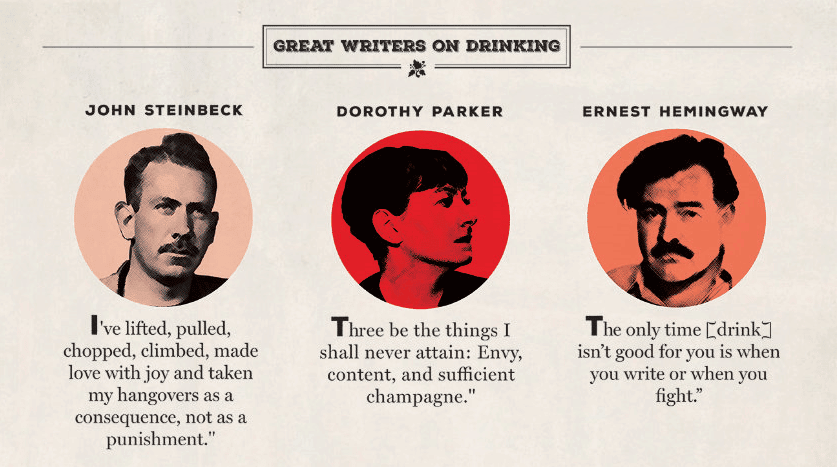 Infographic: A Reader’s Guide to Authors and Alcohol

There are only two smaller tablets worth buying at the moment:

Only the second has a back camera and SD slot. And can run JB if you go to XDA.

Or just wait for the iPad Mini.

I’m beginning to get that impression.

IFA happens end of month. Bound to be new ones. That’ll appear NEXT year. *snort*

That iPad Mini better be killer…

Isn’t the gossip that the mini won’t have the killer display technology that the latest IPAD has. In that case, can the mini be considered "killer" without it?

Unfortunately, Archos has a reputation for buggy software and sudden-death hardware, so I’d never buy that. But the screen was very good and the iPad Mini will be even better (better color pop and saturation).

I’m running into the same trouble. I don’t want an iPad mini though because I already have the 10" model. I can’t think of what I’d need two of them for. I was waiting for Kindle Fire 2, but the more services Amazon releases to other platforms, (like Instant Video) the less appealing the KF becomes.

I think the only feature left that I would want and can’t have on a competing tablet, is the borrow book feature for Prime users.

I briefly flirted with this tablet when I saw it advertised at Best Buy. I, too found no documentation online from Lenovo’s website. I went to Lenovo’s online chat, and the Lenovo employee I contacted had never heard of this model, either! I wrote this one off pretty quickly.

I found a good buy on a 10.1″ Acer A200 from Amazon for $269. Reviews say it isn’t for high-performance tasks, but it’s solid and functional. Since I’m not looking for any high-performance gaming or video functions, just reading and web browsing mostly, I’m going to give it whirl.

A Galaxy Note 7 is the only thing I’d get to replace my Flyer… Sadly (or thankfully?) there isn’t one.

I agree. That is sad. I would also settle for a 5.3 inch Galaxy note that was Wifi only, and therefore less costly.

Can any NEW 7 inch tablet (now or in the future) with the current display of the Nook tablet be worth buying in your book?

Just received this as a b-day present, 1 week ago and I absolutely hate it. Want it mostly for a reader, but I have been having problems with it crashing. 1 week, the thing has locked up 5 times. Battery life is very short. Everything I do directs me to Google. Go to Lenovo and look up A1107. there is nothing there. How can Lenovo have a product with no support?
Was borrowed an original version Kindle. just a plain old reader. At least the battery lasted about 4 days.

I too was puzzled by the lack of support docs. I couldn’t find anything other than on Best Buy’s website.

If its only been a week, take it back. 200 is to much to waste for something that isn’t working correctly.

I bought this last week and returned it after 5 days. People save your time and money, don’t buy this piece of crap. I’m not execting alot when I bought it, I just want to surf the net and play games. But still it didn’t work right. Stops whenever you play games, sometimes while your in the middle of searching for something in the iternet, it will just stop and go back to the main page. This tablet really sucks!

Resolution is not the only thing that makes a screen look good or atleast viewable/readable. I got this tablet yesterday and the display is terribble. You see your face more clear than the display content on the screen and you tilt it 10 degrees and you see a negative image. Pixels are more like passive reflective than active and bright. You get a feeling like you are viewing at extremely cheap $10 LCD photo frame. Screen refresh rate or response time also seems to be poor, it is enough for basic games and video, but not enough to show android screen transitions and app opening/closing transitions smoothly.