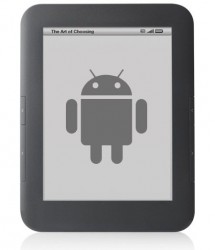 While there is no evidence to prove it, that is what Arnaud Nourry, the CEO of Hachette Livre, said in an interview last week.

The other Nathan at the other ebook blog has turned up a radio interview that M. Nourry gave to Soft Power, a French radio show.

Update: I’m now told that my confirming source was wrong. There is no mention of a Kindle in the radio interview. The only evidence comes from  tweets posted by the journalist who interviewed Noury. Sorry, folks. This correction comes from Merrill Goussot, the editor of Le Journal du Kindle. Thanks, Merrill.

Now, you’d think that the CEO of one of the world’s largest publishers would have some idea when the next Kindle is due, and this isn’t the first time that a CEO leaked details. So I think that he was right about the Kindle coming soon but wrong on the date.

I wonder if he had the month right but the day wrong? What if the correct date is actually 18 October? That is a Tuesday, and Amazon like to launch products on Tuesdays. But there’s a second possibility. November 8 is also a Tuesday, so what if it’s not coming out until November?

On the other hand, what if this is actually a reference to the local Kindle Store? Perhaps it might launch on 8 October.

In any case, this is just one rumor piled upon a bunch of others. Let’s see what turns up next week. 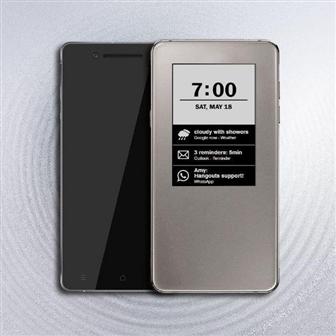 I would tend to side with "Other Nathan" on this: odds are that Oct 8 is the day the Kindle *store* for france opens.
I’d like it if K4 were to ship in early oct, as the typical 3-4 week pre-order period would start right…about…now…
But all things considered, even Nov is looking doubtful for any new Kindle.

But that would most likely launch on a weekday, just like the UK and DE Kindle stores did.

Hmph. So Amazon is clearing September for Apple. And now B&N will probably clear October for Amazon.

Meanwhile, where the hell is the Sony Reader WiFi User Manual?

I hate all this waiting.

"Since when do(es) Amazon release product on a Saturday?"

Since when does Hachette know their head from a hole in the ground?

I can’t see how they could possibly improve unless they come out with a colored screen. Some will want them to lose the keyboard, but I do not like B&N’s new reader at all. Feels to small. I’ll stick with K3 or even Sony', unless they really update the features somehow.. (like add pen input to mark up books) but thats all I can think of that would make me buy a K4.

I will probably by the Amazon Tablet though.. I’ve pretty much made up my mind no e-ink upgrade for me until color is released.

I don’t like the Nook Touch’s grayish fonts (but it shares this with the other similar e-Ink touchscreens that don’t use another piece of glass) — I’d be surprised though if no Kindle touchscreen is announced before October.

One way to improve on K3 with a touchscreen would be to keep the case dimensions and use a bigger screen in 16×10 aspect ratio, maybe in higher resolution.
They could also keep K3 around for another six months and just drop prices $20-30 more.

This is maybe a stupid question, but have it cleared the FCC yet? The impression I have is that the FCC is the first sign that something is really coming, and not just rumours.

I don’t think it has cleared the FCC but I’m not sure. Amazon are usually quite good about hiding it.

Not a stupid question.
(There is no such thing.)
But Amazon has in the past been very good at hiding/disguising their FCC submissions. Somebody would have to sift through all active submissions (or recently cleared!) and guess which one looks Kindle-ish. And with all the generic Kindle clones that go through FCC…
The K3 paperwork was only identified after the K3 was announced.

The rumor was dispelled: http://www.ebouquin.fr/2011/09/12/kindle-4-lancement-le-8-octobre-en-france/
The Kindle will launch in France on that date, not the brand new Kindle 4, just the Kindle, whatever its version is.

[…] ebookstore news, hardware news // click to enlargeOver the weekend I brought you the news that the Kindle 4 might be launching in Franceon the 8th of October., and today I’ve found out that the rumor was about half […]

[…] ago those rumors gained new life. The CEO of Hachette Livre mentioned during an interview that the new Kindle was coming to France on October 8th. His words were confirmed by a couple different translators, and they inspired a great deal of […]

[…] a publishing conglomerates, dropped a few hints in a radio interview. i’m told that he said a new Kindle was coming to France on 8 October, but it’s clear now that he was referring to the Kindle […]