On Selling Used Books on Amazon for a Penny, Redux 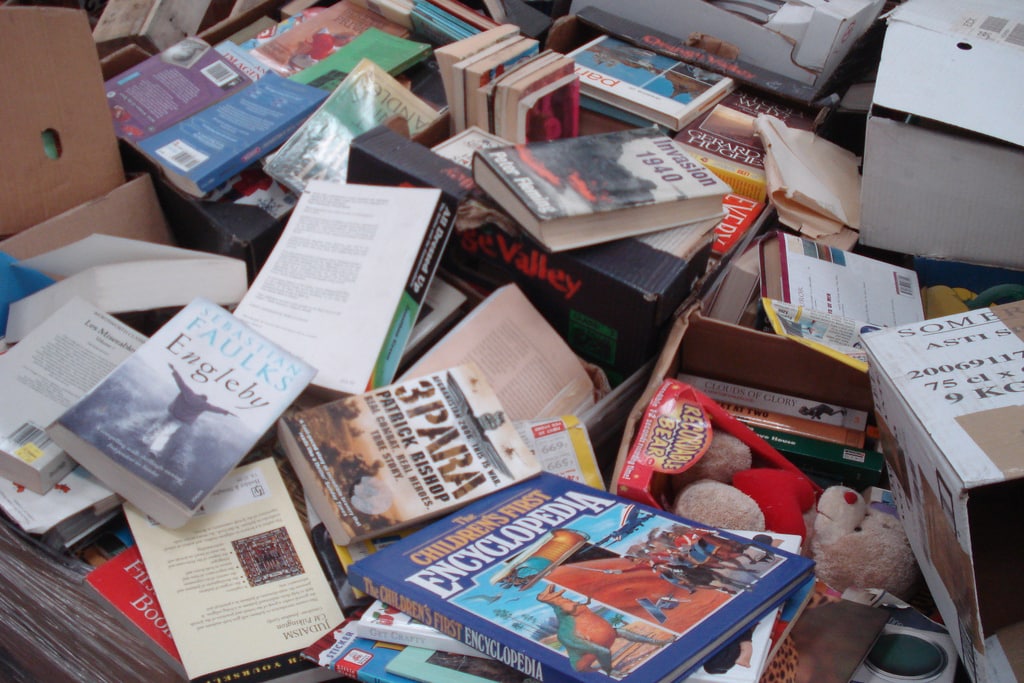 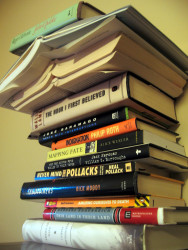 Late last month the NYTimes Magazine took a deep look at the penny book business and answered the burning question: how these companies make money (the article just crossed my desk this weekend).

The piece in the NYTimes doesn’t tell us much more than what we learned from the similar article in The Guardian earlier this year, but the NYTimes does get into nitty-gritty details that reveal that the term "penny books" is a misnomer. Most books sell for more than a penny, and even when they don’t Amazon is still turning a nice profit on each sale made in its marketplace:

Used books sold on Amazon typically carry a $3.99 shipping fee. But that isn’t a reflection of the actual cost of shipping them — it’s a function of the company’s rules, which mandate a consistent shipping cost for every category of the product in the Marketplace. Amazon takes a standard cut of every book sold — $1.35 — which leaves each of the penny sellers of “A Visit From the Goon Squad” with a whopping $2.65 to cover the cost of the item, shipping and handling, labor, rent on warehouses and all the other costs that come up along the way.

The sellers wouldn’t tell me exactly how much profit they make on penny books. Shipping costs vary depending on the kinds of deals you can cut with delivery services. “We make more than it costs us on the postage to ship it, but not much,” Ward says. “A couple of cents, to be honest.” But the sellers aren’t selling only penny books — Ward says that less than half of his stock sells for that price.

In short, penny books are a great deal for customers and for Amazon, but not so much for the retailer or anyone else. 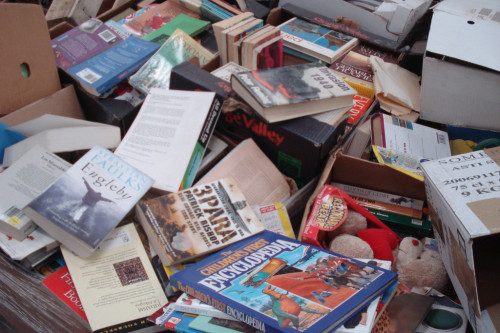 Remember, these books are often sourced from charity shops' discard bins. About 90% of said bin ultimately ends up either in a recycling bin or the landfill, but the few books that are in adequate condition to sell again are enough to support an industry which (collectively) approach Amazon in scale, scope, and efficiency:

Operations like Thriftbooks step in and buy these landfill-bound books, sight unseen, for around 10 cents a pound. Thriftbooks has 10 warehouses across the country, each with its own name. Ward says each of them is “about the size of your typical Walmart,” somewhere between 70,000 and 90,000 square feet. …

Discover Books, another major used bookseller on Amazon, is also based in the Seattle area. Unlike Thriftbooks, Discover Books relies on automated scanners to enter books into its system, which can handle more than 60 books per minute. “If there’s any history of that book online, our system will pick it up,” says Tyler Hincy, Discover Books’ vice president of marketing.

Do you know Jeff Bezos' saying abut your margin being his opportunity?

In the case of these retailers, the margins are so tight that I doubt there’s any opportunity left.

What I found most interesting is that, despite publishers' worries that this was a way for Amazon to lure new-book buyers away with used titles when Amazon started selling used books, it turns out that the party most harmed was actually the used-book stores. Funny thing, but it turns out that if someone wants to buy a new book, they generally won’t be turned aside by a pre-owned one, but if someone wants a pre-owned one to begin with, they might well be lured away from local brick-and-mortar shops by Amazon’s convenience.

That doesn’t match with my experience. The several used bookstores in my area are still open, and the chain Half-Price books is expanding.

Whereas one of the used-book stores in my area is hanging on by its fingernails, and pretty much none of them buys used books from readers anymore (though one of them is willing to take donations).

and the chain Half-Price books is expanding.

That may be, but I have noticed that the selection in my local Half Price Books store is not as good as it used to be.

@ Reader Good point. That could be a sign that HPB is losing out on the best sources (the online sellers are outbidding them?)

Here in Albuquerque the main library has a nice room in the basement full of donated books, magazines, CDs, tapes, etc., all for sale at very low prices. Proceeds fund various library activities. The 2nd Saturday of each month they also have a big sale in a bigger room. Entering costs $1 before noon, free the rest of the day. Helpers take bags to cars that are driven to back door. Twice a year the sale expands to the next day for a $5/bag sale. The book sale room and the sales seem to be very well attended (parking in a nearby structure is also free). So there is competition with the few used book stores I know about in the area, though it is easier to browse in the stores than fighting through the crowds (of kids and adults) at the monthly library sales.

[…] a era where there are massive online used book operations proving that used books are still a viable business, and there's a […]

[…] more established accounts that sell books on Amazon's marketplace are all commercial operations (sometimes with no actual storefront). And while used books often sell for a lot less than new, the stores buy […]