Parabola Linux Has Been Ported to the Remarkable Tablet (video) 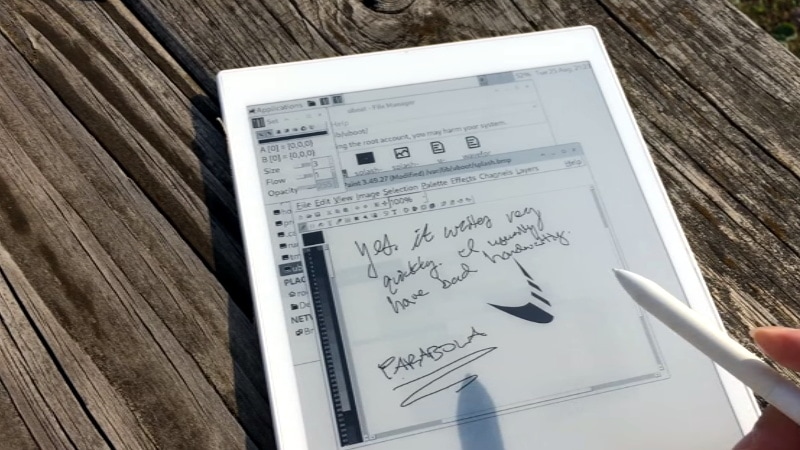 If you are looking for new things to do with your Remarkable tablet, I just heard that someone has developed a third-party firmware for it. It’s Parabola Linux, which opens up enormous possibilities for porting software, but at the same time it comes at a cost (Wifi is not supported). 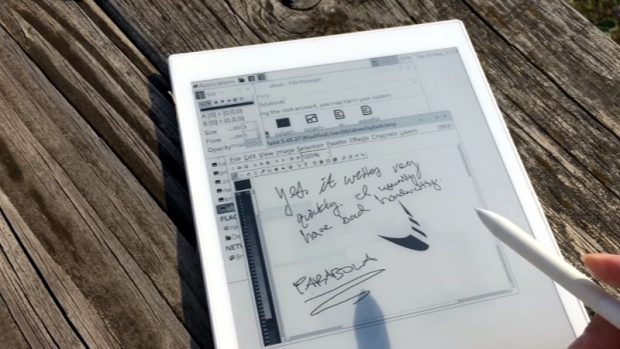 Davis Remmel has been hard at work porting Parabola, a completely free and open source GNU/Linux distribution, to the reMarkable. Developers will appreciate the opportunity to audit and modify the OS, but even from an end-user perspective, Parabola greatly opens up what you can do on the device. Before you were limited to a tablet UI and a select number of applications, but with this replacement OS installed, you’ll have a full-blown Linux desktop to play with.

You still won’t be watching videos or gaming on the reMarkable (though technically, you would be able to), but you could certainly use it to read and edit documents the original OS didn’t support. You could even use it for light software development. Since USB serial adapters are supported, microcontroller work isn’t out of the question either. All while reaping the considerable benefits of electronic paper.

The only downside is that the WiFi hardware is not currently supported as it requires proprietary firmware to operate. No word on whether or not Davis is willing to make some concession there for users who aren’t quite so strict about their software freedoms.

The Remarkable tablet is a 10.3″ writing slate designed to replace a paper notebook. The first model launched several years ago, and a second model launched just last month. Retail is $337.

This Parabola port is being sold for $20. That is not unreasonable, although I do think that a paid firmware should include Wifi.

Epub is going to lose

Turn the reMarkable ePaper tablet into a Linux PC with Parabola-rM – Liliputing 7 September, 2020 um 10:38 am

Agreed about the wifi. Still this is a very interesting development. I look forward to the ability to write on a similar kind of notepad.
That would open up a lot of opportunities