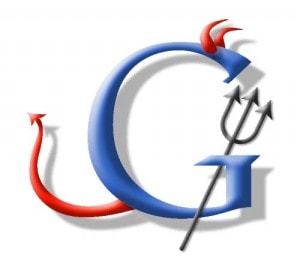 Ask any news site and they’ll tell you that Google’s search engine and Google News are two of the best sources of website traffic.

Google doesn’t charge websites anything for all the free advertising, but rather than count themselves lucky every so often someone comes up with the idea that Google should pay for the privilege of providing free advertising.

This idea has been tried unsuccessfully in Belgium, Germany, and elsewhere, and now the Spanish govt has decided to provide an empirical example of the definition of insanity.

In February the Spanish cabinet approved a draft law which would revise Spanish copyright law. One of the several provisions in the draft would require Google and other aggregators to pay for the privilege of linking to news sites and posting snippets.

This story was well-covered in February in English by El Pais and Global Voices Advocacy, so I won’t repeat what they wrote. But I would like to add a few points.

This is the classic Google tax, and like past efforts it will almost certainly fail. Similar attempts at taxing Google have been tried in Belgium and Germany, and both failed.

A new copyright law went into effect last year in Germany which required Google and other aggregators to pay for the privilege of sharing a link and a snippet. Google preemptively responded by changing the Google News ToS to opt-in and then delisitng any site which wouldn’t agree to let Google have the links for free.

And in Belgium, in 2011 the newspaper rights management company Copiepresse won a 5-year-old lawsuit in which Google was accused of pirating content by sharing links. Google subsequently complied with the court order to remove the offending links, leading to cries of Google’s brutal retaliation. And eventually, Google negotiated a settlement and was allowed to link to the Belgian sites again with permission after making a token payment to the newspapers (believed to be around 6 million euros).

Google probably regretted that token payment, because in 2013 they negotiated a similar peace-making settlement in France. Google was trying to head off a law similar to the one passed in Germany and currently under consideration in Spain, and avoiding that law cost Google 60 million euros. The money is not described as a payoff so much as it is a fund to help French newspapers figure out how not to lose money online.

And now the Spanish government wants to repeat the mistakes made in Germany and Belgium as well as the partial success in France. If this isn’t a perfect example of insanity (doing the same thing over and over and expecting a different result) I don’t know what is.

But to be fair, it is not clear to me whether this draft law has been passed into law. I could not find any Spanish language coverage which could tell me whether the draft was defeated or passed, but I did find a story about the Google Tax being challenged in the Spanish Parliament. A competing amendment has been proposed which would, among other changes, remove that clause from the final bill.

So at this point it is too early to say what will happen.

In Pursuit of the Amazon Tablet

It really is a puzzle. On the one hand, the news sites do all the work but Google gets big advertising profits. That does not seem fair. Particularly to those of us who have made our living as journalists!

On the other hand, as you point out Nate, any attempt at a Google tax hurts the news sites more than it does Google.

The landscape of journalism is changing, and no one knows where it will end up.

Google has set bad precedent by paying off the whiners.. next time Google has to implement an opt-in, they should add a 'service fee' to register the news site.

[…] idea has been tried in Germany, Belgium, and France, and it is currently being considered in Spain. So far none of the attempts have had much success (although the French media did squeeze a token […]