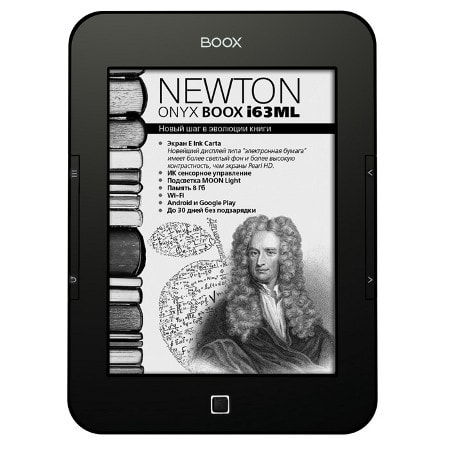 Next up on the list of ereaders which will never launch in the US is the Onyx Boox i63ML Newton.

This 6″ ereader launched in Russia last month with a retail price tag of 6,990 rubles (around $200 USD). It’s a slightly updated version of the existing i63ML ereader with a Carta E-ink screen, 8GB internal storage, frontlight, and an IR touchscreen.

It runs Android and ships with Onyx’s reading app as well as Google Play, enabling readers to potentially install alternate ebook, RSS, and other types of reading apps.

The i63ML Newton has Wifi but no Bluetooth or sound, and like most Onyx ereaders it has physical page-turn buttons. It also comes with a sleep cover, an option which is slowly becoming standard practice on high-end ereaders.

Depending on how you count, the i63ML Newton is either the third or 4th ereader to use E-ink’s new Carta screen, and it has a screen resolution of 1024 x 758. Like the second Kindle Paperwhite, the i63ML Newton offers improved contrast and the Regal wave form refresh tech.

This ereader runs Android 2.3 Gingerbread on an 800MHz CPU with 512MB RAM, making it both smaller and somewhat less powerful than the T65 Lynx which I got on Friday. When you combine the specs with the near parity in prices (the Lynx cost me around $250), there is little reason for anyone to import this ereader in to the US (not when you can also get the T68 Lynx).

But we can still look at the video and pine for a world where Amazon hasn’t crushed the US ebook reader market. In that world this ereader would be available locally for considerably less than $200.

The following video is about 46 minutes long and is annotated with Russian subtitles.  While it is long, it is also detailed. You can find a shorter 11 minute video here.

Palm to be Revived as an Alcatel Onetouch Brand 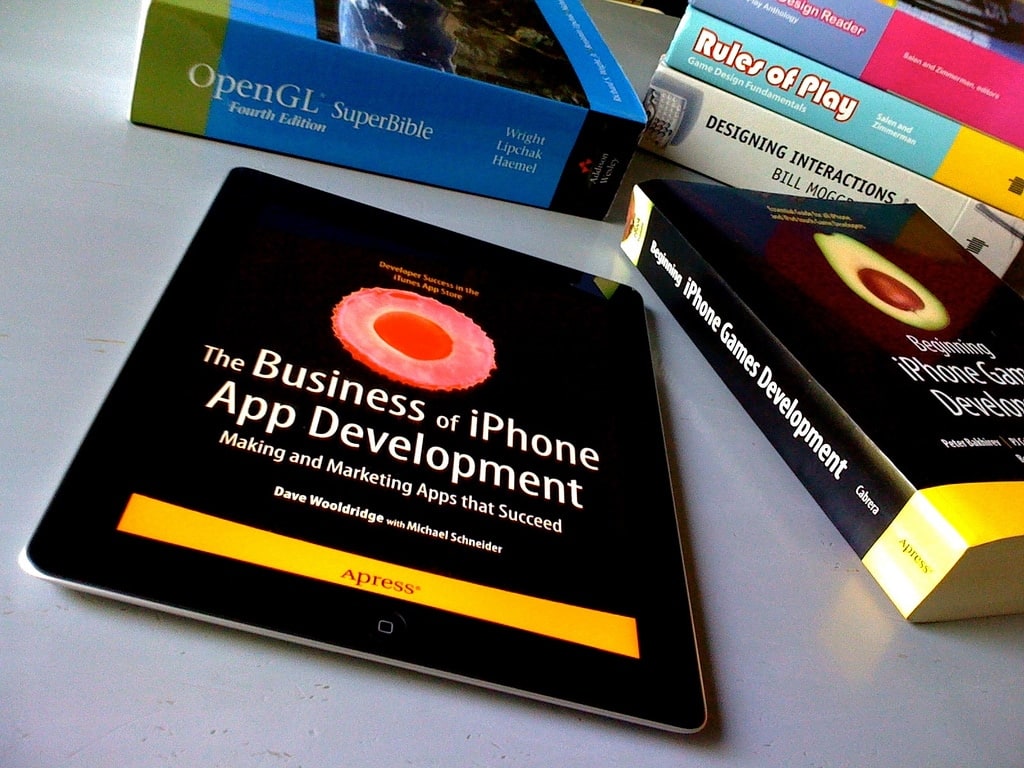 Students Say Textbooks are too Expensive – Could an Open Access Model be the Answer?

Is that nice cover included in the default package?

In that case the price isn’t *that* hopelessly outrageous. Just check how much does similar [original] cover for Kindle Paperwhite costs. Also bear in mind that you most probably had to pay 20% VAT when buying this in Europe.
I would still buy the T68 with much higher version of Android.

That brings the total price to $125 (for me), which is still far less than the Newton.

And would you believe I somehow missed the detail about the KPW having a smartcover? Whoops.

I had in mind the $39.99 original Kindle Paperwhite cover that Amazon sells. It looks very similar to the one shown in review.