American Association of Publishers issued a new Statshot report this morning, and it looks like Amazon has once again failed to kill the publishing industry.

I of course have embedded the full charts below, and the news is generally good. Both the adult and kids segments showed increases in most categories, with the exception of adult paperback books. This comes as no surprise given the general decline of paperback sales as they are being replaced by ebooks.

Speaking of ebooks, ebook sales across the 3 segments grew slightly faster than the market average in January, and were up 12.8% (to $142 million from $125 million). I would like to crow about this being great news but in all honesty it only slightly beat the market rate, making this more of a fluctuation than actual growth.

Still, I’m going to wait until next month before popping the champagne. 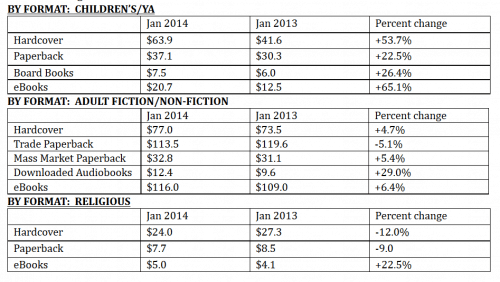 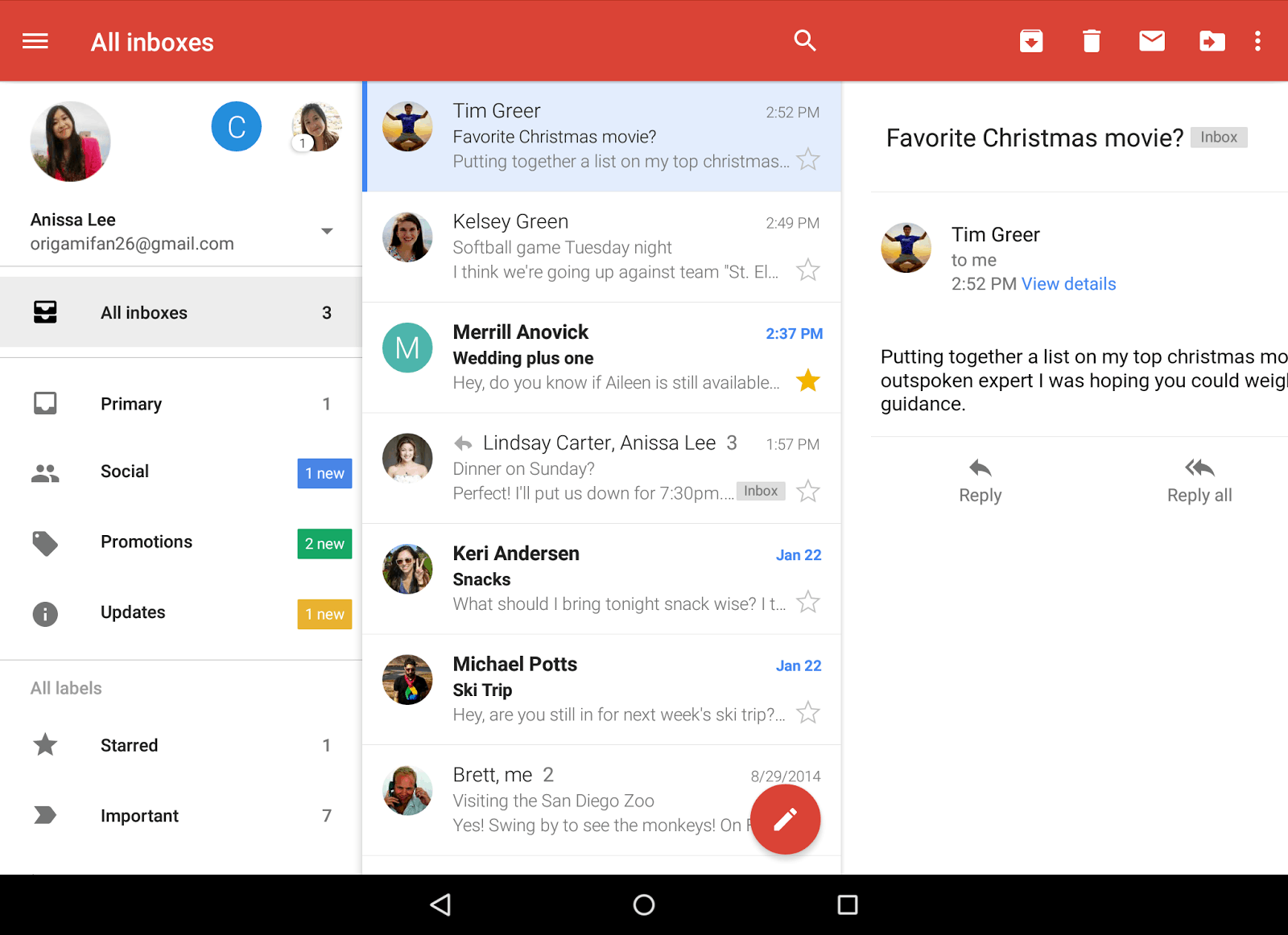 Gmail for Android Gets a Unified Inbox

The market only grew by ten bucks, sadly.

I wondered if it was a Freudian slip. 🙂

I’m willing to bet a large portion of that YA YOY growth is from Divergent. Hooray for outliers!